Step Aside, Trans People, The Left has a New Mission: Normalizing Pedophilia

The left is trying to normalize the idea of adult sex with children, and what better way to make pedophiles seem normal than to give them a nice name. Leftists are now referring to pedos as “MAPs” which is short for “minor-attracted persons.” Don’t be fooled: a pedophile is a pedophile, no matter what the pinkos choose to call them.

That said, I can already see “LGBTM” on the not-too-distant horizon.

An assistant professor at Old Dominion University, Allyn Walker, a female-to-male transgender person, defended pedophiles in an interview with the Prostasia Foundation.

I use the term Minor-Attracted Person or MAP in the title and throughout the book for multiple reasons. First of all, because I think it’s important to use terminology for groups that members of that group want others to use for them. MAP advocacy groups like B4UAct have advocated for use of the term, and they’ve advocated for it primarily because it’s less stigmatizing than other terms like pedophile. A lot of people when they hear the term pedophile, they automatically assume that it means a sex offender. And that isn’t true. And it leads to a lot of misconceptions about attractions toward minors. – Prostasia

Freakshow Walker wrote the book on normalizing child sexual assault, literally. Walker released a book called “A Long, Dark Shadow: Minor-Attracted People and Their Pursuit of Dignity.” You can get a hardcover copy here for a mere $85.

You read that correctly: some of the people who believe using the wrong pronouns in regards to trans people is an “act of violence” are okay with destigmatizing pederasty.

Next, they’ll call us “bigots” for not calling child sexual predators what they really are.

FACT-O-RAMA! Sending your child to Old Dominion University to learn pedophilia is okay will cost you $23,678 per year.

As per Criminal Watch Dog, my old neighborhood in Detroit is crawling with sexual offenders, including pedophiles. The word “MAP” doesn’t appear alongside the names of any of the miscreants who have assaulted kids. 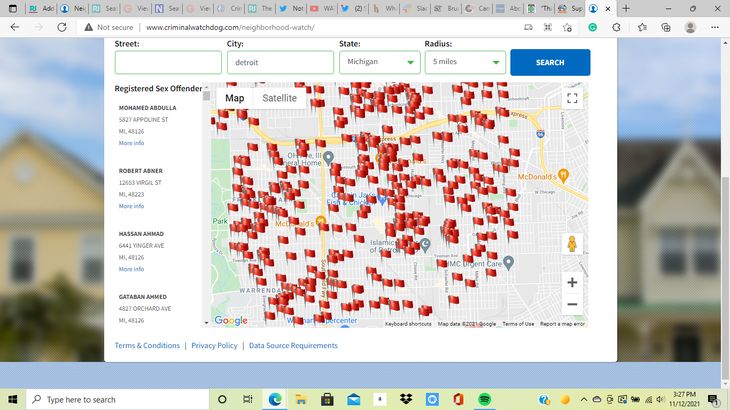 Books featuring child pornography are already in school libraries. Stacy Langton read some of the pedo-friendly books available in her kids’ high school at a school board meeting.

What did the school board do in response to Langton clown-slapping their member? Langton was banned from the school’s library.

I asked my Magic 8-Ball if pedophiles will soon be added to the list of lefty legacy victims, like the trans crowd was. The answer I got was, “Duh. Can’t you read the writing on the wall?

ICYMI: Ashley Biden’s stolen diary alleges she took showers with Joe Biden when she was a child.

As sure as the sun will rise, the leftists will do everything they can to grant victim status to pedophiles and ostracize anyone who disagrees. Even parents who don’t want pedo-porn in their kids’ library.

Leftists want your kids to accept pedo predators as “normal.” They want to silence anyone standing in their way, especially conservative news that keeps them in check, and PJ Media is in their crosshairs.

You get 40% off THIS WEEK ONLY when you become a VIP member. Click here for the discount! Use Promo code 2022!  Fight BACK! Keep REAL, conservative news alive!

Kevin Downey, Jr. Is a comedian and columnist. When he isn't writing or performing on stage he is collecting surf records and perhaps practicing his mixologist skills at his tiki bar. His apartment, the Atomic Bunker,  looks like it was furnished from George Jetson's garage sale.