Welcome to Insanity Wrap, your daily dose of the best of the worst. California’s Pot Bailout is today’s big crazy.

We’ll get to the California pot bailout right after this short video that will shatter what little faith you have left in humanity.

You now have to pass a racism test in order to tan this summer pic.twitter.com/niZjvQbbiJ

The Left went from “do your own thing” to “we have rules for who is allowed to enjoy the sun” so quickly that we totally saw it coming.

California Pot Bailout: Another Damn Thing We Have to Be Concerned About

What, are they high?

There is so much wrong here that Insanity Wrap is going to make a quick Bloody Mary before trying to unpack all of it.

We hope you’ll join us, if only virtually.

And it isn’t like the stuff is so hard to grow. They call it “weed” for a reason.

And yet Sacramento is doling out [drevilvoice] ONE HUNDRED MILLION DOLLARS [/drevilvoice] to bail out the struggling legal pot industry.

The California Legislature on Monday approved a $100-million plan to bolster California’s legal marijuana industry, which continues to struggle to compete with the large illicit pot market nearly five years after voters approved sales for recreational use.

Black markets are usually much more expensive than free markets, partly because the producers and sellers have to price in their risk, and partly because buyers are willing to pay a premium for illicit goods.

So it takes a Herculean effort on the part of government to create a legal market that’s more expensive than a black market.

Yet that’s exactly what Sacramento has done, which is why we’re now seeing a California pot bailout.

Body language analysts are going to have a field day with this. Compare and contrast Putin with Biden. pic.twitter.com/L5fWKFjjvY

Vlad Putin is a thug and a thief. He’s murdered his own people, stolen incalculable amounts of wealth from them, too, and been mugging Ukraine for years.

America needs a strong leader to stand up to thugs like Putin.

Instead, we have Presidentish Joe Biden, who, as Ian Miles Cheong notes in this clip, “is anxious, he has his legs crossed to subconsciously protect his soft bits and he grabs onto the nearest object (his flash cards) to mask his anxiety.”

Biden had 47 years to train for this moment.

A Group of Parents Sent Their Kids’ Face Masks to A Lab for Analysis. Here’s What They Found

You don’t want to know, but it is Insanity Wrap’s sad duty to let you know, regardless.

The face masks studied were new or freshly-laundered before wearing and had been worn for 5 to 8 hours, most during in-person schooling by children aged 6 through 11.

We told you you didn’t want to know.

Previously On Insanity Wrap: Harris vs. Biden Over Who Owns the Border Crisis

In perhaps its most extreme & lawless act yet, the Biden Administration has just announced a new program to airlift the minor relatives of illegal aliens into the United States from Central America—at taxpayer expense. It’s chain migration for lawbreakers.https://t.co/ayiKEKQQ6d

It seemed crazy enough when it became clear that President Porchlight was just going to undo anything Donald Trump did as president, no matter how efficacious for the country because it was something Trump did.

Having accomplished most of those things, what’s left for the Loki Administration to do?

Why, look around at the mess and figure out ways to make the rubble bounce.

You’d have to be the craziest person in the world to disagree.

We aren’t sure exactly what this upstanding and concerned citizen is protesting, but it must be something extremely worthwhile to account for all those unpaid-for groceries.

But it’s the conservatives who are the radicals, we’re told again and again. 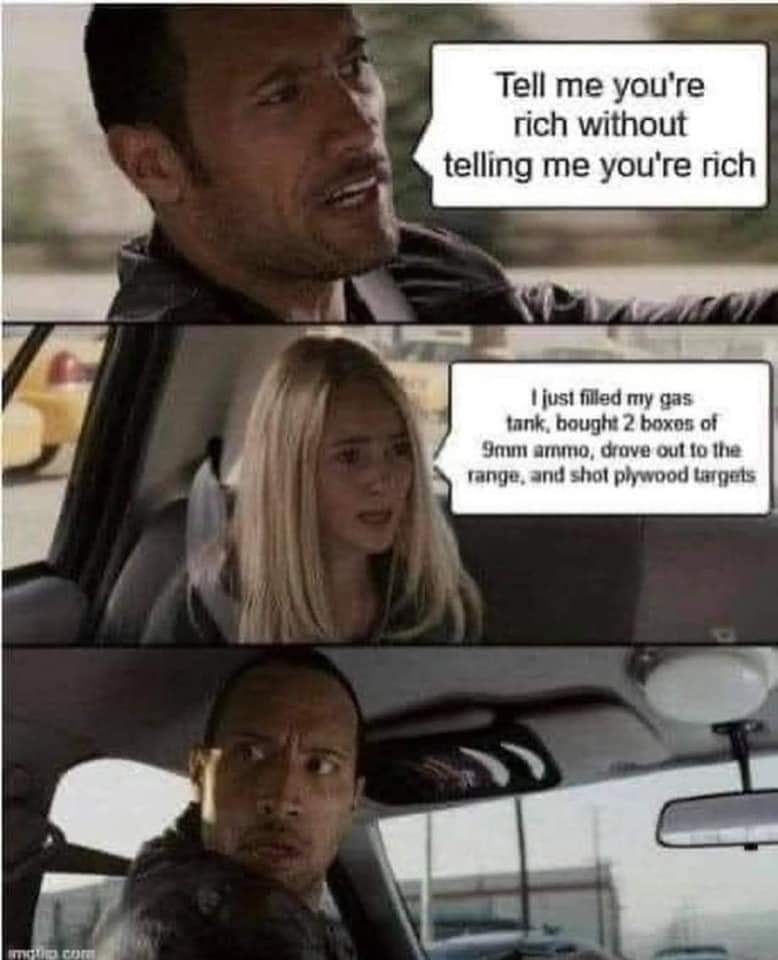 Steve launched VodkaPundit on a well-planned whim in 2002, and has been with PJ Media since its launch in 2005. He served as one of the hosts of PJTV, a pioneer in internet broadcasting. He also cohosts "Right Angle" with Bill Whittle and Scott Ott at BillWhittle.com. He lives with his wife and sons in the wooded hills of Monument, Colorado, where he enjoys the occasional adult beverage.
Read more by Stephen Green
Tags: DRUGS JOE BIDEN VLADIMIR PUTIN INSANITY WRAP