The Scale of COVID Unemployment Fraud Is ASTOUNDING

Welcome to Insanity Wrap, your daily dose of the best of the worst. Massive COVID unemployment fraud is today’s big crazy.

Spend One Minute Watching This and Thank Us Later

Watch a brave parent who grew up in Mao’s China point out all of the identical traits b/n the Cultural Revolution and what LCPS, and really every school system, are doing through the use of CRT. pic.twitter.com/zH7XuyBmW6

Half of the pandemic’s unemployment money may have been stolen

In this, the Second Year of Our Troubles, choosing just one story for the craziest of the day can be a challenge.

Unemployment fraud during the pandemic could easily reach $400 billion, according to some estimates, and the bulk of the money likely ended in the hands of foreign crime syndicates — making this not just theft, but a matter of national security.

They all knew fraud was inevitable, but decided getting the money out to people who desperately needed it was more important than laboriously making sure all of them were genuine.

“We know some of this money is going to be wasted,” Biden said then. “Some people are being scammed already.”

The waste-to-benefit ratio back then approached ∞:1.

Same thing now, because once the Leviathan gets this big, it doesn’t matter much who’s in charge of it.

Washington will surround its own buildings with troops and barbed wire to protect it from imaginary threats but let hundreds of billions of our dollars go to Russian and Chinese crooks without a care in the world.

According to the report, the absolute low-ball, low-end figure is that international thieves got hold of $200,000,000,000 of our money.

The average taxpayer will fork over $525,000 in their lifetime.

Assuming all of that went to Washington — it doesn’t even come close, after state and local taxes — it would take 381,000 average lifetimes to make up for what Washington so frivolously wasted as just a cost of “getting things done.”

But it could be as many as 762,000 lifetimes if the crooks got away with the high-end figure.

We understand, in our brains and in our souls, that government just isn’t very good at very many things. So the best thing is to constitutionally limit the number of things that government is allowed to do, and to keep its power to tax, borrow, and spend limited, too.

We failed at that, and now Washington fails us at every trillion-dollar opportunity.

But it does prove one thing: We might have lost the battle for small government, at least for now, but we conservatives were the sane ones all along.

Ouch this one hurt a lot 😰 pic.twitter.com/XfywgeJn8J

We’re vaccine enthusiasts, but this… no.

So much very no.

Insanity Wrap presents this clip with a reminder that TikTok’s new privacy rules allow them to take users’ faceprints and voiceprints and send them back home to Communist China for analysis.

The next generation is even more screwed than we thought.

Romney to Biden: We won’t raise taxes for infrastructure — period

Yesterday Insanity Wrap reported to you that if Presidentish Joe Biden’s trillion-dollar infrastructure boondoggle failed, then it likely signaled something unique in American political history: A president-turned-lame-duck in his first year in office.

Well, there’s pretty much no paying for it without tax hikes, and tax hikes might just be a dead letter in the Senate thanks to…

Joe Biden dumped Shelley Moore Capito as a negotiating partner yesterday after failing to get any concessions on new taxes out of her. The Associated Press reported late yesterday that Biden instead reached out to “moderates” within the Senate GOP caucus, hoping to get more traction.

As our Townhall colleague, Ed Morrissey asked, “Who had Mitt Romney as the rock-ribbed conservative of the day on their bingo cards?”

Not Insanity Wrap, that’s for sure.

Is there anything Presidentish Biden won’t undo just because Trump did it?

After this report, you’d have to be the craziest person in the world today to believe Biden wouldn’t.

Fauci says attacks on him are ‘attacks on science’

Fauci’s version of the scientific method over these last 15 months has been to say whatever was popular at the moment.

“He’s massively flipped and flopped and flipped on everything,” said Kerpen, the president of the conservative group American Commitment and an anti-tax leader.

He noted that while Fauci, the director of the U.S. National Institute of Allergy and Infectious Diseases, was “all over the map” on stopping the virus, challenging him was difficult.

He cited the discussion in the emails of the virus spreading in the air and how masks and distancing would do nothing to stop that, but how Fauci went on to recommend both.

Trump’s biggest failure was not firing Fauci — and maybe another 10,000, randomly selected bureaucrats, just to put the fear of God into the rest.

Does anyone care anymore what celebrity medical spokesmodel Anthony “Doctor” Fauci says about anything?

At the very least no one should. 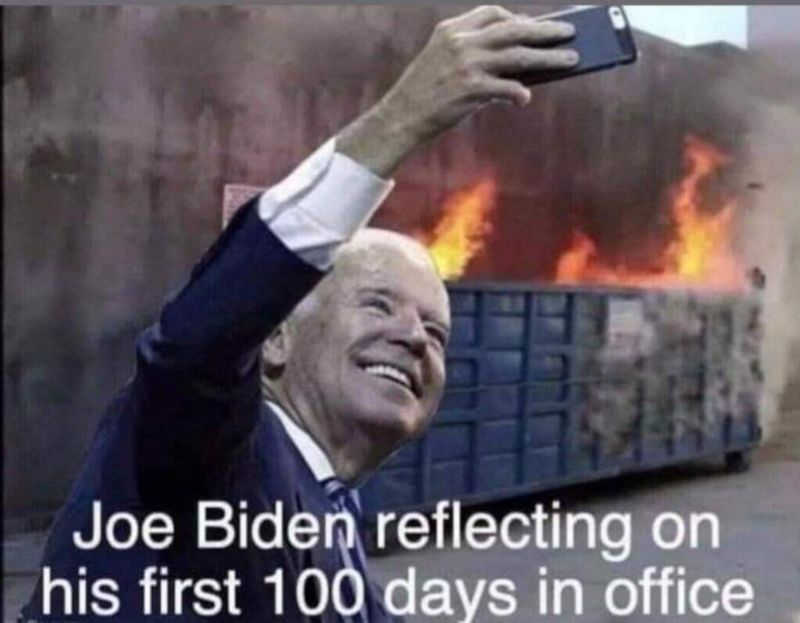 We go live with hot takes, cold drinks, and your questions today (and every Thursday) at 3:30 pm Eastern… but it’s just for our PJ Media VIP Gold supporters.

Here’s the link to today’s show.

You can join the cause (and the cocktails) right here.

Steve launched VodkaPundit on a well-planned whim in 2002, and has been with PJ Media since its launch in 2005. He served as one of the hosts of PJTV, a pioneer in internet broadcasting. He also cohosts "Right Angle" with Bill Whittle and Scott Ott at BillWhittle.com. He lives with his wife and sons in the wooded hills of Monument, Colorado, where he enjoys the occasional adult beverage.
Read more by Stephen Green
Tags: MITT ROMNEY TAXES COVID-19 INSANITY WRAP