We Finally Found the Russian Collusion! (It's in the Oval Office Right Now)

Welcome to Insanity Wrap, your daily dose of the best of the worst. Biden’s Russian collusion is today’s big crazy.

Before we get to the headline story about Russian Collusion, how about a quick visit from an old friend?

Anthony Weiner may sell his infamous crotch shot as an NFT https://t.co/jYuXU13qyv pic.twitter.com/gwICRSFQPG

NFT stands for “nonfungible token,” and the short explanation is that NFTs are the latest digital means for separating fools from their money.

Leave it to Weiner to try and turn his infamous crotch shot into a money-making scheme.

Even better, leave it to Weiner to try it after the whole NTF craze already crashed.

Now that we have that awfulness out of the way, let’s move onto lighter fare, like how Presidentish Joe Biden is selling out to Russia.

Russian Collusion: Another Damn Thing We Have to Be Concerned About

Not since then-President Barack Obama whispered a message to Vladimir Putin that Obama would enjoy “more flexibility” to negotiate away our missile defenses “after my [re-]election” have we seen such catering to Moscow’s needs.

Before we get to that, a quick word about Russia.

Insanity Wrap would like nothing better than a strong Russia, once again fully part of this amazing thing called Western Civilization. That’s where Russia was — its high culture rivaled that of France — prior to the Bolshevik takeover, and where Russia seemed to be headed, albeit haltingly, in the 1990s.

But under Vladimir Putin, with his KGB-trained distrust of the West, rejoining the West hardly seems possible.

So it remains America’s sad duty to do what we can, short of war, to keep Russia contained (again) and our new friends in Eastern Europe safe.

How to do that?

These are all goals Donald Trump pursued as president.

Presidentish Joe Biden, on the other hand:

Everything Trump did or at least tried to do promoted our (and Europe’s) interests while taking a strong stance against Putin’s.

Everything Biden is doing will weaken our defenses and energy independence, fill Putin’s coffers with oil dollars, and strengthen his position versus Ukraine and our NATO allies.

If Biden were openly colluding with Putin, what would he be doing any differently?

Previously On Insanity Wrap: Looks Like Biden’s Planning to Stand by His Man

Mostly, though, we are forced to remind you that the anti-Asian hate (not to mention the violence) seems to be 100% located in America’s Democrat-run, woke urban centers.

If it turns out to be only 99.8%, then of course Insanity Wrap will apologize for the error.

It’s only at position #151 for Amazon’s book sales in this country, too.

Well done, everybody. Keep ignoring these attempts to cash in on borrowed fame.

Previously On Insanity Wrap: Why Did a California County Just Reduce Its COVID Death Toll by 25%?

I have no idea what them is saying, but that’s a great hack to always have a safety pin on hand! pic.twitter.com/UVbyM0ll0H

Insanity Wrap apologizes for what you’re about to see, but if you’ve made it this far into today’s column, clearly you’re made of hardy materials and are of strong character.

But it was only this morning that we first encountered the Libs of Tik Tok Twitter account, and we quickly got so deep in the weeds that we feared we’d be late filing this report.

Before you click over and go neck-deep like we were, Insanity Wrap must tell you something serious.

The young lady above, with her Early-Helena-Bonham-Carter-On-Acid look and her My-Sexuality-Is-The-Most-Interesting-Thing-About-Me-So-I’m-Really-Quite-Tedious vibe, is the closest thing we found to sanity on the entire timeline.

Exit Question: Now that TikTok — a Communist China-owned firm — allows collection of faceprint and voiceprints in the U.S., are we raising an entire generation subject to Beijing blackmail?

71% of Democrats think healthy people should continue to stay home

A whopping 71 percent of Democrats in the United States want healthy people to stay home “as much as possible,” even as vaccinations soar and new coronavirus infections have plummeted, according to a new survey from Gallup.

In contrast, 87 percent of Republicans surveyed and 64 percent of independents said it was time for people to start living normally after more than a year of pandemic shutdowns and working from home.

If there are any Insanity Wrap readers with evidence that progressivism is not a mental disorder — or worse — we’d love to see it. 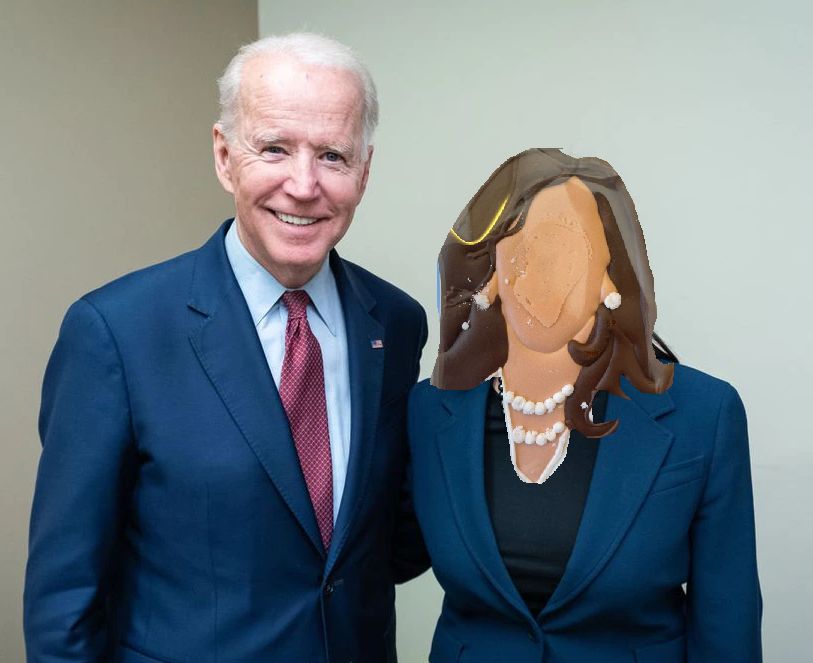 Whoever did this is going to stay after class…

…so we can buy them a drink.

Steve launched VodkaPundit on a well-planned whim in 2002, and has been with PJ Media since its launch in 2005. He served as one of the hosts of PJTV, a pioneer in internet broadcasting. He also cohosts "Right Angle" with Bill Whittle and Scott Ott at BillWhittle.com. He lives with his wife and sons in the wooded hills of Monument, Colorado, where he enjoys the occasional adult beverage.
Read more by Stephen Green
Tags: JOE BIDEN PROGRESSIVISM RUSSIA COLLUSION INSANITY WRAP