Insanity Wrap #207: Literally Everything Is Going to Hell... Who Wants a Drink?

Insanity Wrap needs to know: We have at least 44 more months of either Biden or Harris — is that more day-drinking than the human liver can endure?

As Insanity Wrap discussed on two different podcasts this week — one here for PJ Media VIP Gold supporters and here for BillWhittle.com — there are only three things the U.S. needs to do to get a semblance of peace in the Middle East.

“Semblance” because when it comes to peace and the Middle East, you’ve got to grade on a very generous curve.

Here are those three things:

Trump did all three of these things, despite the usual handwringing from Washington’s professional handwringers.

The result? Multiple Arab nations signing on to the Abraham Accord (with more to follow, had Trump stayed in office) while sidelining terrorists both Palestinian and Iranian.

Biden is working to undo all three of those things, and we’ve got ourselves a little war before he’s barely begun.

But, Insanity Wrap hates to tell you, it gets worse.

Read: US President Joe Biden on Thursday called for a de-escalation of violence in the Middle East as the conflict in Gaza intensified, saying he wants to see a significant reduction in rocket attacks.

Um… excuse us, Mr. Presidentish, but exactly what is the proper level of rocket attacks on Israeli civilians?

Insanity Wrap had thought it was zero. Foolish perhaps, but Insanity Wrap really had thought that even a president of Biden’s diminished capacities (except for mendacity, which is seemingly unlimited) would see that zero rocket attacks would be the number to aim for.

But, no, apparently there is a proper number of rockets that ought to be launched against Israeli civilians, a number greater than zero.

Not even the ’70s were this relentlessly stupid and ugly and wrong.

This marks the first of Insanity Wrap’s midday Bloody Marys.

So…what do I do with my child who’s too little for a mask now that these rules have changed and I have no idea if the people in, say, the grocery store are telling the truth about their vaccination status? Is it safe to take him inside?For people without childcare this seems 🥺

The number of healthy small children killed by the Wuhan virus is smaller still.

That’s why Insanity Wrap’s Son the Younger’s elementary school has been fully open all school year, with only the mildest of precautions.

Now stop peddling panic, please, Ms. Hunt. You aren’t doing anyone any favors, least of all the daughter you seem determined to emotionally scar.

This marks the second of Insanity Wrap’s midday Bloody Marys.

Three people slashed, one punched in chain of attacks on NYC subway train

The violence began around 4:25 a.m. when the pair pushed a 44-year-old man sitting on a southbound 4 train, cops said.

One of the attackers flashed a knife — and slashed the straphanger across the face, police said.

Plus: “The attacks come amid a week of rampant violence on the rails — including a 47-year-old MTA worker shoved and pushed, and a 35-year-old man slashed in separate early-morning incidents.”

Previously On Insanity Wrap: The Left Loves Nothing Like Women-Oppressing, Gay-Murdering Terrorists 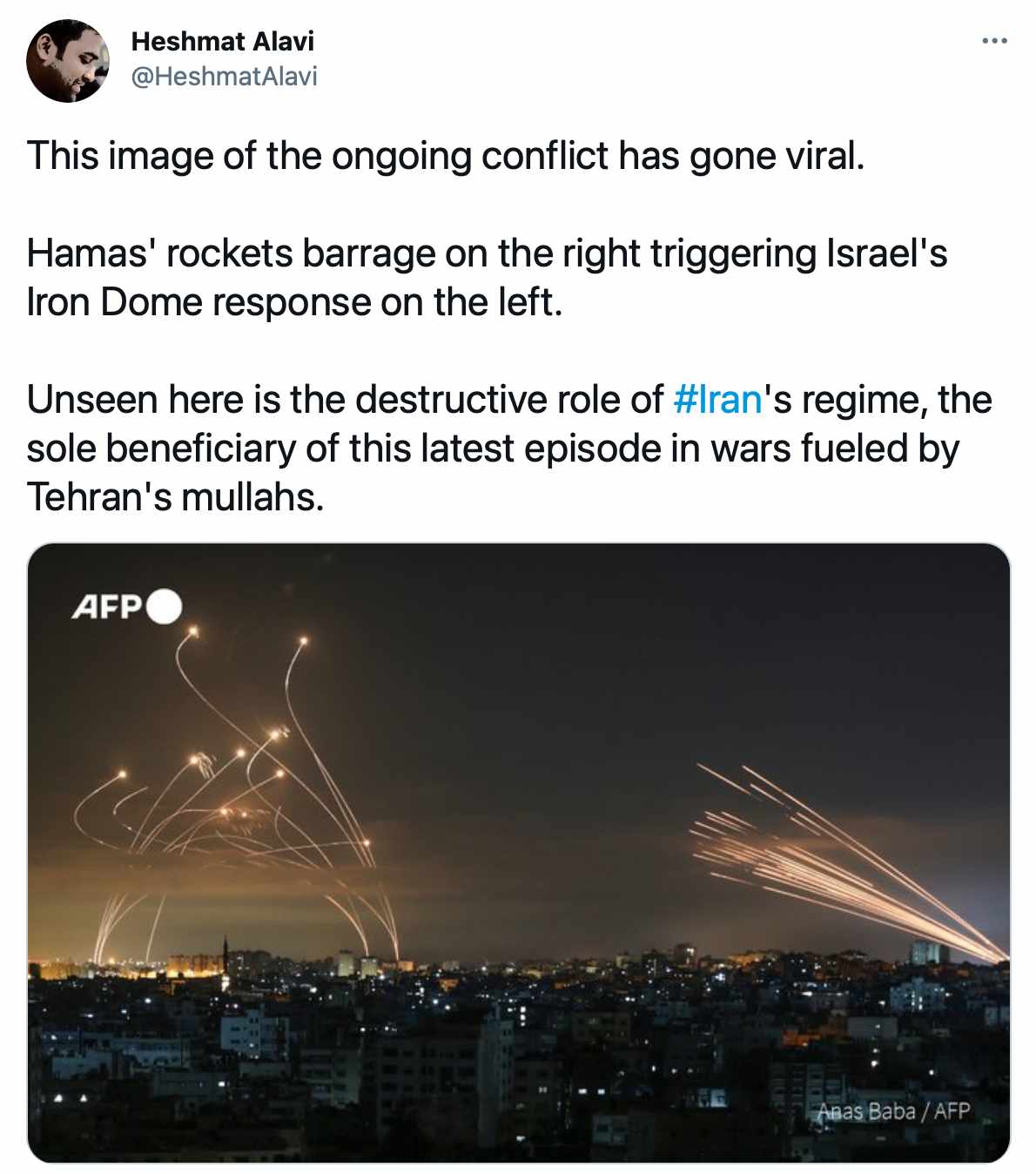 Today’s craziest person in the world is anyone who sees a moral equivalence between the two sets of missiles.

Sadly, that’s a whole lotta people — many of them in elected office right here in this country.

On the plus side, remember when Democrats insisted we could never “hit a bullet with a bullet” back when President Ronald Reagan first started pushing for missile defense? 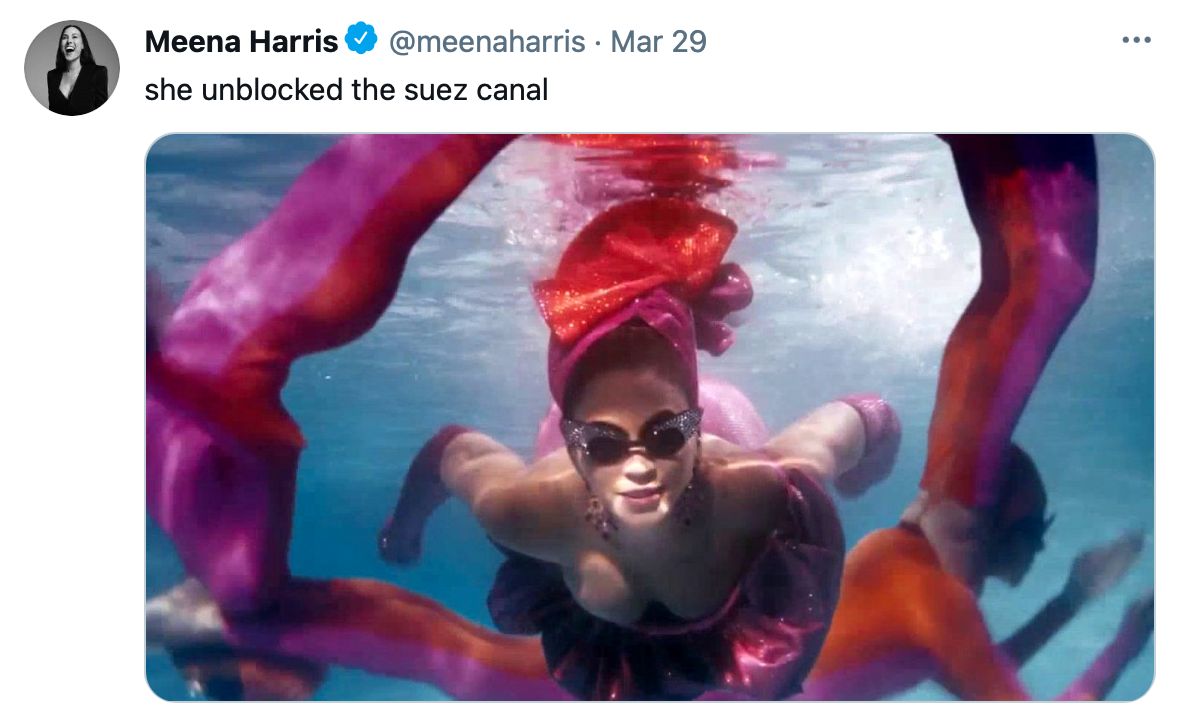 Vice President Kamala Harris’s most controversial family member continues to post her thoughts on social media. Meena Harris, who makes money selling woke children’s books and Dr. Anthony Fauci coffee mugs for $52 a pop, weighed in on the Israeli-Palestinian conflict, equating the Palestinian cause with that of LGBT and women’s rights advocates.

“One cannot advocate for racial equality, LGBT & women’s rights, condemn corrupt & abusive regimes and other injustices yet choose to ignore the Palestinian oppression,” Meena Harris wrote in an Instagram post. “If you are neutral in situations of injustice, you have chosen the side of the oppressor.”

A Washington Free Beacon analysis, however, was unable to find instances of Harris expressing solidarity with women and LGBT individuals residing in the Palestinian territories, where human rights groups have documented widespread abuse and discrimination.

We admit, it’s a stretch, but maybe at least you’ll get a kick out of our rationalization.

Meena must be causing some small headaches both at the White House and at the vice president’s office — thus proving that no matter how crazy human beings get, the universe still does function rationally.

So we’ve got that going for us. Which is nice… right up until it isn’t.

Insanity Wrap concluded years ago that somewhere around the year 2000 the Earth got wormholed from a very nice timeline into the dumbest possible timeline, yet we’re forced to marvel at how much stupider it keeps getting.

Either please tell us we’re going to bottom out sometime soonish, or join us in day-drinking.

This marks the third of Insanity Wrap’s midday Bloody Marys.

We needed that. You have no idea.

Actually, you do, don’t you?

Steve launched VodkaPundit on a well-planned whim in 2002, and has been with PJ Media since its launch in 2005. He served as one of the hosts of PJTV, a pioneer in internet broadcasting. He also cohosts "Right Angle" with Bill Whittle and Scott Ott at BillWhittle.com. He lives with his wife and sons in the wooded hills of Monument, Colorado, where he enjoys the occasional adult beverage.
Read more by Stephen Green
Tags: CONSERVATISM TERRORISM MIDDLE EAST INSANITY WRAP