Insanity Wrap #193: Greta Thunberg Is a Cautionary Tale, Not a Parenting Guide

Insanity Wrap needs to know: Katie Porter, you’ve just traumatized your young daughter with climate scare stories — what are you going to do next?

Nextdoor to alert users before they post something racist

Insanity Wrap is feeling a little nappy this today.

Not because we skipped our coffee or had an extra Bloody Mary, because we never do the former and we’d be happy to do the latter.

But because it’s not the nappy you think it is.

Nappy is a new word we just coined, an adjective for apps with built-in nanny features.

It isn’t terribly clever, we admit, but it’s all we could come up with after seeing this story in the New York Post about the popular Nextdoor app:

The neighborhood-specific social platform has launched a feature — the “anti-racism notification” — that asks users to think again about posting content that the app deems offensive.

Rolling out this week on web, iOS and Android, the app will give individual users the chance to edit their words before they post them — though the feature does nothing to prevent the publication of the posts themselves.

“Healthy and productive conversations are key to helping neighbors create stronger, kinder neighborhoods,” the app said in a blog post announcing the launch.

We’d like to know who thought up and who executed the idea of a Karen API so that we might beat them for 20 or 30 minutes with a wooden spoon.

Not hard enough to do any permanent damage or even leave them with any bruises. Just enough to give them some idea of all the aggravation they’ll cause to thousands (millions?) of innocent and well-meaning Nextdoor users.

Look at all these white WaPo men trying to take down a black Republican Senator pic.twitter.com/gvomKpb9hQ

Insanity Wrap just wishes that WaPo would put as much work into revealing the identity of Hunter Biden’s “big guy,” because there’s a daddy issue of actual importance to the nation.

The Blunder from Down Under

Australia is locking down about 2.5 million people because of two cases of COVID-19.

They’re also canceling ANZAC Day, commemorating all those who served and fell in Australia’s wars.

And our Australian friends — the same people who gave us the equal-parts-cool-and-tough Crocodile Dundee — are apparently just going to take it.

The 1980s have never felt quite so long ago.

Today’s craziest person is anyone who believes this is actually going to happen.

Nevertheless, energy prices will continue to go up — way up — as President Porchlight continues his War on domestic energy production and the regulatory state is set loose once more against the auto industry.

All because your wallet must be sacrificed to appease Gaia.

The Virginia Department of Education (VDOE) is moving to eliminate all accelerated math options prior to 11th grade, effectively keeping higher-achieving students from advancing as they usually would in the school system.

Loudoun County school board member Ian Serotkin posted about the change via Facebook on Tuesday. According to Serotkin, he learned of the change the night prior during a briefing from staff on the Virginia Mathematics Pathway Initiative (VMPI).

Meanwhile: Meritocracy vs. Idiocracy – Why China Is Winning. “We can’t fill the few slots we have for engineering students because our K-through-12 math instruction is too shoddy, and we are eliminating advance-track programs because they supposedly promote inequality.”

Insanity Wrap prefers to finish the week with more lighthearted fare, but on this particular Friday, all we can say is that we are so screwed. 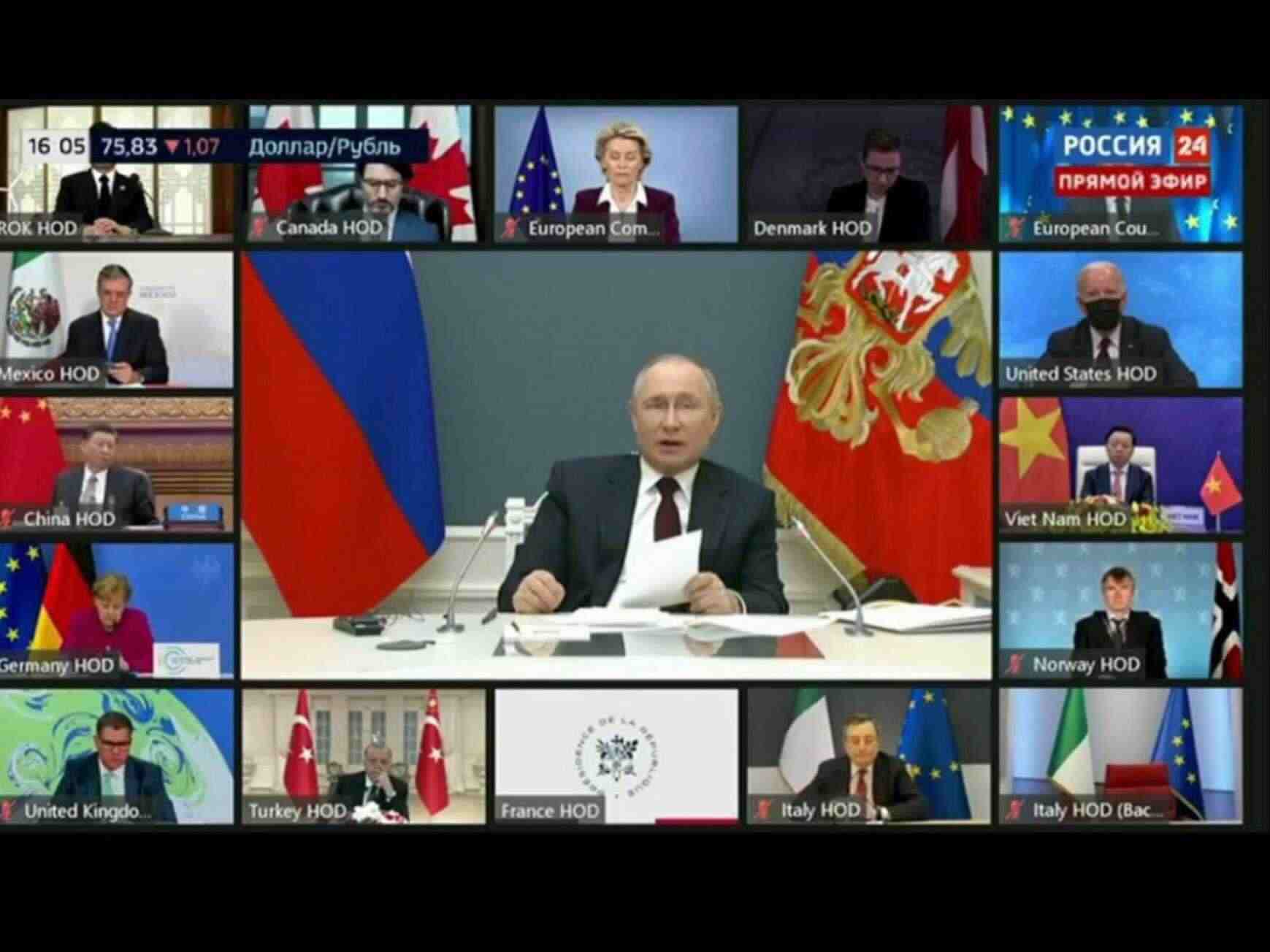 Here is Presidentish Joe Biden on a video conference with 16 other world leaders.

Or should Insanity Wrap have left out the word “other”?

In either case, please notice that The Most Powerful Man in the World™ is wearing a mask on a video conference and that he’s the only one doing so.

If you were looking for 17 examples of sanity today, Insanity Wrap is sad to say that we could only find 16 — none of them in our own Executive Branch.

.@RepKatiePorter’s 9-year-old daughter said, “The Earth is on fire and we’re all going to die soon.” The congresswoman asked @GretaThunberg about the emotional toll of climate change on youth https://t.co/GTtIE58NSb pic.twitter.com/fYrE6y39cb

To be honest, Insanity Wrap is concerned about the daughter of Congresscritter Katie Porter (Climate Panicmonger-Calif.), because the poor thing appears to be a victim of severe emotional trauma.

Moms who do things like that to a nine-year-old really need to seek help for both themselves and their kids.

If you’re keeping score at home, please make one more hashmark for evidence that progressive women are to be assumed insane until proven otherwise.

Previously On Insanity Wrap: The Panicked State of Our Terrible, Communist-Influenced Media 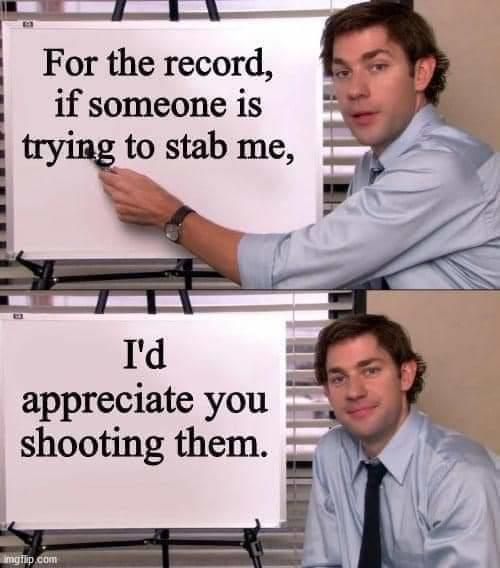 Insanity Wrap is usually taking full advantage of our CCW permit, so maybe we could both shoot our would-be stabber together?

Steve launched VodkaPundit on a well-planned whim in 2002, and has been with PJ Media since its launch in 2005. He served as one of the hosts of PJTV, a pioneer in internet broadcasting. He also cohosts "Right Angle" with Bill Whittle and Scott Ott at BillWhittle.com. He lives with his wife and sons in the wooded hills of Monument, Colorado, where he enjoys the occasional adult beverage.
Read more by Stephen Green
Tags: WOKE INSANITY WRAP