Insanity Wrap #191: Did Jury Intimidation Play a Part in the Chauvin Verdict?

Insanity Wrap needs to know: When a big city newspaper comes this close to fully doxxing every juror in a very public trial, did they get the message?

Answer: We’ll only know for sure if a juror speaks up, which would seem… unwise.

She was trying to gut another black girl whose black life, I take from your Tweet here, doesn’t matter one bit, because she isn’t useful to your cause. https://t.co/NQca9fhjUw

Facts don’t matter, only the narrative.

The narrative is that cops murder blacks without compunction or retribution, and if some innocent black girl has to have her life put at risk to further that narrative, then so be it.

Omelets, eggs, you know the drill.

Or as Insanity Wrap quipped yesterday at Instapundit: 100,000,000 broken eggs yet not a single omelet.

And now for an Insanity Wrap #ProTip: When you find yourself on the side of the person trying to stab other people, you’re the bad guy, too.

Don’t Forget: Democrats Crushed a Senate Police Reform Bill Because They Didn’t Like the Black Man Proposing It

An important reminder from our friend, colleague, and occasional drinking buddy, Kira Davis:

Do Laura and her cohorts even care that Democrats — who have been blaming everybody under the sun who doesn’t vote Democrat for the lack of police reform — nixed a bill that would have at least attempted to address the problem?

Senator Tim Scott blasted the Democrats for their partisan and selfish filibuster in an epic rant on the Senate floor. Was it picked up by Journalist Laura and the reporter who wrote the article or anyone at The L.A. Times? Or anyone in progressive media?

It was safe to conclude a long time ago and even in a galaxy far, far away that at least at the national level, elected Democrats care about race issues only as far as they can be exploited for political and/or financial gain.

What’s so sad is that this seems to be even more true, if that’s even possible, for elected black Democrats.

Yes, Insanity Wrap is looking at you, Maxine Waters. 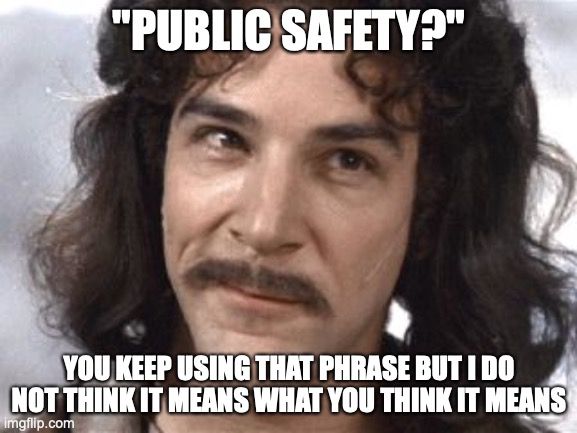 Who are the jurors in the Derek Chauvin trial?

Insanity Wrap could very well understand a manslaughter conviction for Derek Chauvin. We aren’t sure if we would have voted to convict on that charge, but outsiders just aren’t privy to everything a juror sees and hears.

But murder? Even in the second? No. To our eyes that just doesn’t fit the facts that everyone was privy to.

Justice isn’t just the outcome. Much more than that, justice is the process.

It looks to Insanity Wrap like the process was corrupted.

Everyone knows about Congresscritter Maxine Waters and her wink-wink/nudge-nudge tribute to street violence if the “correct” verdict wasn’t reached — and never you mind that Chauvin wasn’t even up on the first-degree murder charge that Waters demanded.

What is probably worse is what the Minneapolis Star-Tribune chose to publish on Monday.

Linked above, reporters Paul Walsh and Hannah Sayle published bios of each of the jurors that come this close to doxxing them.

Can you imagine such a thing being published during a highly-publicized mob trial?

Insanity Wrap only discovered the report because it was promoted — and then savaged — on Twitter by the Strib‘s “public safety editor,” Abby Simons.

Judge Peter Cahill called Waters’ incitement “abhorrent” and warned that she may have given the defense “something on appeal that may result in this whole trial being overturned.”

Insanity Wrap would like to know what Judge Cahill calls it when his hometown paper gives out enough jury information for an intrepid doxxer to reveal their identities?

What kind of effect that might have had on their verdict is another one of those questions we might never get answered, but this looks to us like a case where the justice process was corrupted at the national level by Waters, and at the most personal level by Walsh and Sayle.

If You Needed Evidence of Jury Intimidation…

Very surprised no questions from jury at all, even on causation, suggests didn't really consider the legal merits.

Likely jurors decided before going into deliberations. Not supposed to, but jurors just human beings, and don't want their homes sprayed with blood and pig heads.

In September and again in February and March, the California Attorney General’s Office notified Cullors’ organization, Dignity, and Power Now, that it was delinquent in filing the financial information, according to documents obtained by The Daily Signal.

“A delinquent organization may not engage in any activity for which registration is required, including solicitation or disbursing of charitable assets,” reads the February letter to Cullors’ organization from California’s Registry of Charitable Trusts.

All Insanity Wrap has to add is this: Go get’em. 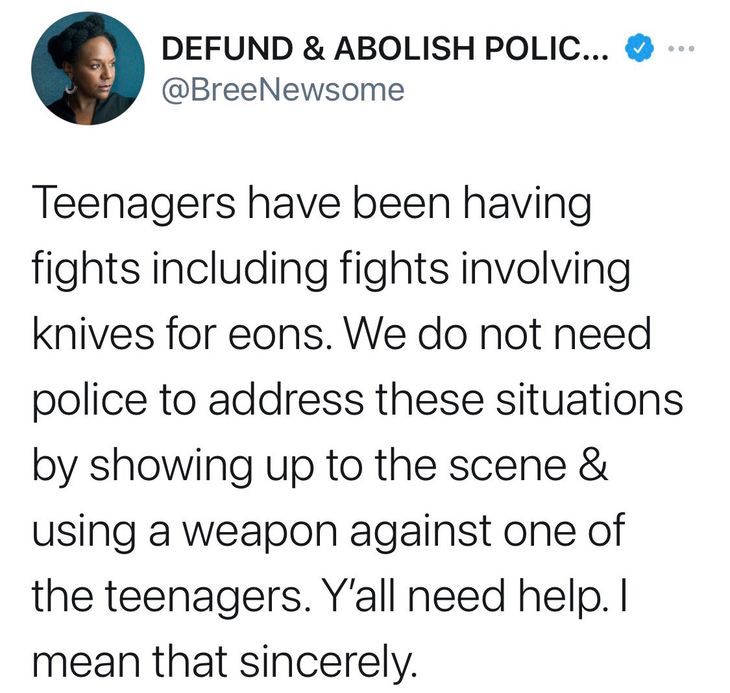 Tomorrow’s narrative: Cops are racist for not stopping teens from stabbing one another.

We tried ever-so-briefly to be concerned, but Insanity Wrap is all out of caring today.

Steve launched VodkaPundit on a well-planned whim in 2002, and has been with PJ Media since its launch in 2005. He served as one of the hosts of PJTV, a pioneer in internet broadcasting. He also cohosts "Right Angle" with Bill Whittle and Scott Ott at BillWhittle.com. He lives with his wife and sons in the wooded hills of Monument, Colorado, where he enjoys the occasional adult beverage.
Read more by Stephen Green
Tags: RACE RELATIONS BLM INSANITY WRAP POLICE SHOOTING
SHOW COMMENTS