Insanity Wrap needs to know: When is ABC News like Alex Forrest from Fatal Attraction?

Answer: When they’ve been ignored by their one-time fling.

‘The mess we inherited’: Biden leans heavily on Trump’s ‘Warp Speed’ but won’t give credit

It might not be a sane world, but sometimes the insanity brings about a sane result.

Despite calls for national unity and bipartisanship, President Joe Biden and his top aides have declined to give the Trump administration credit on the nation’s COVID-19 vaccine rollout while relying heavily on a system established by their predecessors.

The public slight appears to have irked the former president, along with his retired aides who told ABC News they are baffled at the political jabs in what was supposed to be a nonpartisan effort to vaccinate America.

“We’re delighted that more Americans are getting the vaccine,” said Paul Mango, former deputy chief of staff for policy at Health and Human Services under President Donald Trump.

“We just don’t understand why they (the Biden administration) have to celebrate it by trashing what we did,” he said.

Did Insanity Wrap forget to mention that this story wasn’t from a right-wing blog or on Fox, but was reported by ABC News?

And that there weren’t any gratuitous Trump Derangement Syndrome snubs?

Just good, solid reporting on an important issue that reflects badly on Presidentish Biden and his shoddy administration.

Before you get too excited, Insanity Wrap has a theory about why this story was reported now — and it doesn’t reflect very well on ABC News.

It’s strictly theater between the national press corps and any Democrat-controlled White House, but Biden isn’t playing his part in the show. The Democrat-Media Complex is all dressed up in their kabuki gowns and makeup, but Biden has left them alone on the stage, looking like jerks even to their fans.

Biden has already set a record for the longest a new president has gone without a press conference, and every day he goes without one sets the record anew.

This doesn’t bother Insanity Wrap because every time we see video of Biden it fills us with an odd combination of dread and pity.

The press, like Alex Forrest in Fatal Attraction, is not gonna be ignored.

Today’s ABC News report, and probably others like it soon to come, are the boiled bunny on the stovetop: A warning that there’s worse to come if Biden continues ghosting the press.

But what happens when Doddering Joe finally gives in and starts taking questions he can barely comprehend, much less remember the answers to?

Insanity Wrap is long on popcorn and hopes you are, too.

Can now confirm: Eric Feigl-Ding, the chief COVID-19 panic salesman on social media, quietly moved his family to Austria in the Fall so that his kid could attend school in person.

Yet Feigl-Ding has been a relentless proponent for school closures here in the United States.

Because of course Eric Feigl-Ding gets away with it.

He spouts the Party line even as he hustles his children off to foreign countries to continue their educations even as yours are denied theirs.

That’s a Get-Out-of-Jail-Free card for pretty much anything, as Granny Killers Cuomo and Whitmer could tell you if only they weren’t so busy basking in their own egos.

For what it’s worth, Feigl-Ding’s “expertise” was debunked months ago, but since he’s still a social media darling it seems the debunking wasn’t worth much at all.

If you have any friends or neighbors still in thrall to pandemic panicmongering, it’s because of people like Feigl-Ding and their enablers in the media, on social media, and in Washington.

Insanity Wrap is giving serious consideration to making it our life’s work to sneezing on all of them.

So This Is a Thing

What do you get for the man who has everything?

You make him one with everything.

P.S. If you live in a blue area, considering buying one of these for your front yard. Maybe stick a “Free Tibet” sign in front of it and really blow people’s minds.

Black Pro Soccer Player Will Not Kneel for BLM Anymore

Crystal Palace forward Soccer player Wilfried Zaha says he will stop taking the knee before games. The 28-year-old will no longer follow the initiative adopted in the English Premier League for the Black Lives Matter movement. Zaha said players “SHOULD STAND TALL”, reiterating his view that taking the knee is “DEGRADING”. and that it is the cause of RACIAL TENSION!!!!!!!!!!!!!!!! KICK BLM OUT!!!

So Insanity Wrap is practically begging when we say: More like this, please.

Hi, S.E. This is not "new" news. It happened all last spring while CNN was purchasing Q-tip props for Chris Cuomo's "interviews" with his brother. https://t.co/nrERmUHQLR

CNN is the network where a former faux-conservative like S.E. Cupp can report months-old stories as “new” and never get held to account for it.

In fact, the entire network plays along with the fiction.

This makes CNN different from the other major networks in no way whatsoever.

A few years ago California passed laws limiting the modifications that can be done to a car’s exhaust. The state also has plans to outlaw the sale of new gasoline-powered vehicles in the state by 2035. Now Sacramento County has taken an extra step. A new law passed by the county will limit the kinds of repairs car owners can do to their vehicles.

These include “minor repairs.”

Good news, comrades! You’ll still be allowed to change your own oil.

Welcome to California’s glorious future, where proles with a good enough social credit score will still be allowed to rideshare. 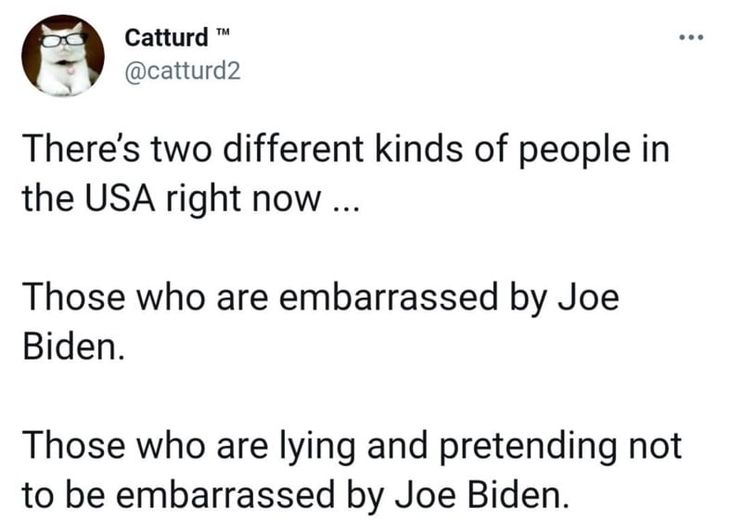 Previously On Insanity Wrap: Biden Has Lost Total Control of the Border, White House in Denial

Steve launched VodkaPundit on a well-planned whim in 2002, and has been with PJ Media since its launch in 2005. He served as one of the hosts of PJTV, a pioneer in internet broadcasting. He also cohosts "Right Angle" with Bill Whittle and Scott Ott at BillWhittle.com. He lives with his wife and sons in the wooded hills of Monument, Colorado, where he enjoys the occasional adult beverage.
Read more by Stephen Green
Tags: JOE BIDEN MEDIA BIAS INSANITY WRAP