Insanity Wrap needs to know: What do you get when you combine Andrew Cuomo, a St. John’s University outrage mob, the Hong Kong Legislative Council, Bill Maher, and Pepé le Pew?

Answer: We don’t know, but it sure does stink.

Welcome to a special All Cancel Culture All the Time edition of Insanity Wrap.

Gentlemen, you can’t teach in here — this is the university!

Slightly more seriously, Insanity Wrap is unsurprised that today’s college crybullies don’t want to struggle with thorny questions — or merely be presented with them.

So they got a teacher canceled.

On September 7, former history professor Richard Taylor gave a presentation for his class “History 1000: Emergence of a Global Society,” according to a letter from the Foundation for Individual Rights in Education sent to administrators on October 8.

During the lecture, Taylor discussed the Columbian Exchange — the transfer of plants, animals, disease, people, and culture following Christopher Columbus’s voyages — as well as its positive and negative implications for world history. FIRE counsel Adam Goldstein told Campus Reform that the university never responded to the letter.

The final slide of the presentation asked if the “positives justify the negatives.” In response, an Instagram account called “SJURadicals” claimed that Taylor was a “RACIST PREDATOR ON CAMPUS” who “forced students to formulate a pros and cons list concerning the topic of slavery.”

Taylor — a former NYPD officer who served during the 9/11 terrorist attacks — was unceremoniously fired from his position over an October 9 Zoom meeting that lasted for five minutes, according to Taylor’s lawsuit.

Assuming what you want to study has been pre-approved by the outrage mob.

The More You Know… 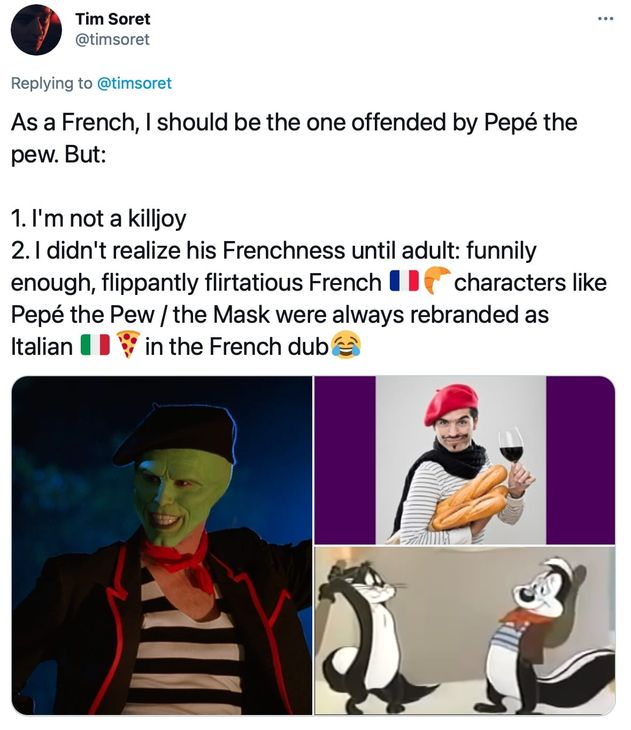 Insanity Wrap has long been fascinated by foreign (typically European) portrayals of Americans — especially when they hit the nail on the head, allowing us to laugh at ourselves in unaccustomed ways.

It’s less often you get treated to a foreigner’s view of how American entertainment portrays them.

It’s sad that the French seem to have a better appreciation of classic American animation — Insanity Wrap is a huge Looney Tunes fan — than many Americans do.

It was a nice run, Hong Kong, but you’ve been canceled, too.

The former British Crown colony boot-strapped itself from a quiet fishing village to a trade and finance powerhouse, one of the world’s great cities.

They did it simply by recognizing the worth and rights of the individual, and staying out of the way of commerce.

The old Hong Kong was living proof of one of Insanity Wrap’s first political observations: That liberty can thrive at any scale, but statism always requires new victims to conquer and exploit.

Anyway, today’s craziest person is the one who didn’t see this coming to Hong Kong long before Communist China’s 50-year agreement to leave the city alone expired. 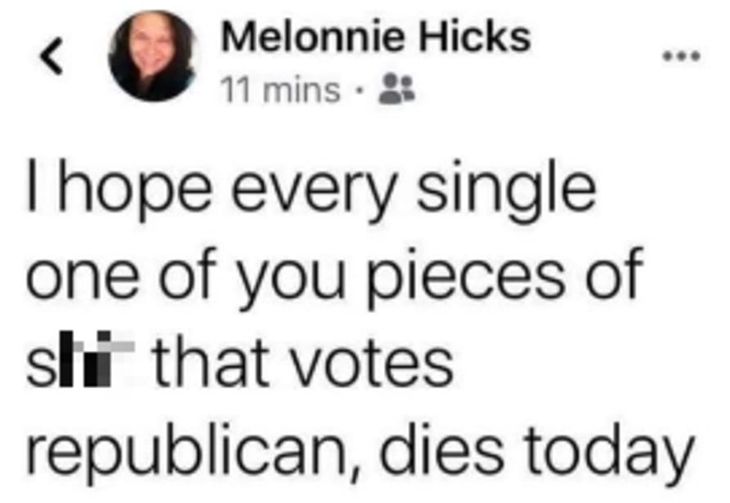 The Executive Director of a Sweetwater museum has resigned, three days after making a controversial comment on Facebook.

On Super Tuesday, Melonnie Hicks wrote “I hope every single one of you pieces of s**t that votes republican, dies today.”

The Pioneer County-City Museum’s Board of Directors called an emergency meeting for Friday to discuss Hicks’ comment and her future with the museum.

Board President Matt Counts sent a news release to KTXS on Friday afternoon that said Hicks has submitted her resignation effective as of 5 p.m.

While Insanity Wrap remains opposed to canceling people for their political beliefs, even the really stupid ones, our apathy for Hicks’ fate is so strong that we won’t even pretend to look around for a tiny violin to play.

Previously On Insanity Wrap: Embarrassing! Biden Handlers Cut Him Off After He Offered to Take Questions

Some Liberals Are Getting Sick of Cancel Culture

“Liberals need a Stand Your Ground law … for cancel culture,” Maher said. “So that when the woke mob comes after you for some ridiculous offense, you’ll stand your ground, stop apologizing.”

He then criticized those who deny cancel culture’s existence.

If anyone is going to save American culture (and the rest of us) from the Left’s destructive and self-destructive impulses, it’s going to be comedians.

Insanity Wrap isn’t kidding. Bear us out on this one.

The best standup comedy relies on the unexpected or even the subversive — and the most successful and memorable comedians understand this in their bones.

We could go on, but you get the point: In a culture where every utterance is regimented by the outrage mob, none of these comedians could survive.

Bill Maher is not Insanity Wrap’s idea of a great standup comedian, but he is on to something.

Stand-up comedians need to stand up first to the woke Left.

Once they’ve been laughed out of town, the rest of us can get back to the serious business of enjoying ourselves.

ASIDE: Bill Maher did have one memorable joke, the one that launched his career, if we recall correctly. He was talking about being raised in a mixed Catholic/Jewish household and how that mixed things up for him as a kid.

Especially during confession: “Forgive me, Father, for I have sinned… I assume you remember my attorney, Mr. Cohen.”

New: Cuomo's publisher says it won't promote the governor's book anymore or issue it in paperback because of the federal investigation into the nursing home scandal. From @jdavidgoodman and @jessemckinley https://t.co/PHlc0Hqw1h

Insanity Wrap would prefer it if Cuomo’s dumb book were more widely promoted, along with the sordid details of his intentional manslaughter (or was it negligent homicide?) of thousands of New York nursing home residents.

“Sir, I’ll need to see your license for that drill press.”

Seriously, don’t give them any ideas about what to ban, regulate, license, or cancel next — or we really will end up in that progressive utopia where everything not compulsory is forbidden.