Insanity Wrap needs to know: Is the tension getting to you?

Answer: Then you’ve come to the right place because Insanity Wrap has the numbers that will make you feel sane again.

Instead of the usual hot mess of crazy stories, today’s Insanity Wrap will drill down into each battleground state to give you a feel for the state of the race — and maybe even a small measure of sanity.

Plus a small measure of the usual craziness because we can’t help ourselves.

#FL #EarlyVoting Sumter Co. update. Rs have outperformed 2016 by 3.1 pts. Sumter was supposedly the place to monitor for the seniors deserting Trump. That narrative has failed. Trump will win Sumter by an even bigger margin than in 2016. Watch the Sumter results at 8pm ET. pic.twitter.com/Q7Q9tIv5wb

In our VodkaPundit guise, we have never once thought that Florida would go to Joe Biden — and painted the state red in every single edition of Wargaming the Electoral College.

The numbers coming out of Florida are beyond convincing.

But the news gets better still.

The senior vote is one of the constituencies where Biden historically has shown strength, and that was supposed to put Trump at risk in Florida and in the older-trending Rust Belt states.

Insanity Wrap mentioned on a recent PJ Media VIP Gold Live Chat that seniors would look at Joe Biden’s declining condition and think, “There but for the grace of God go I” and then vote for Trump.

Things seem to be unfolding exactly as we have foreseen.

This Is How They’ll Mess with You

Don’t let your psy get opped, if you’ll allow us to coin a truly horrid-sounding expression.

VA is NOT out of reach.

We stayed up too late last night, looking for encouraging numbers out of Virginia — and came up with squat.

Then again, we didn’t find any discouraging numbers, either.

Larry Schweikart usually has great numbers, solid numbers, the very best numbers. But in the absence of numbers, like we have so far with Virginia, his analysis can be a little too positive.

So we’re hoping Virginia is in reach, but we aren’t worried about it.

If Virginia is even purple this year, then it’s going to be a very short and happy night for Donald Trump, and a very long and triggered four years for the Democrats.

That’s Going to Shorten Some Lines 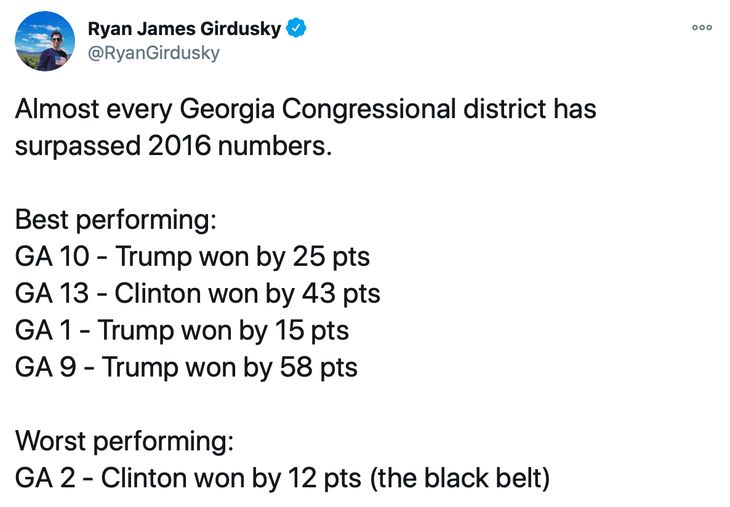 Insanity Wrap doesn’t know what Nate Silver has been smoking, but we doubt it’s legal even here in Colorado.

The point is: Georiga is not in play and never was.

Maybe Insanity Wrap shouldn’t pick on Nate Silver so much.

After all, the votes haven’t been tallied yet — and maybe Silver will prove to have been right all along.

It’s just that we can’t take anyone seriously who seems to believe that awful combover is fooling anyone. 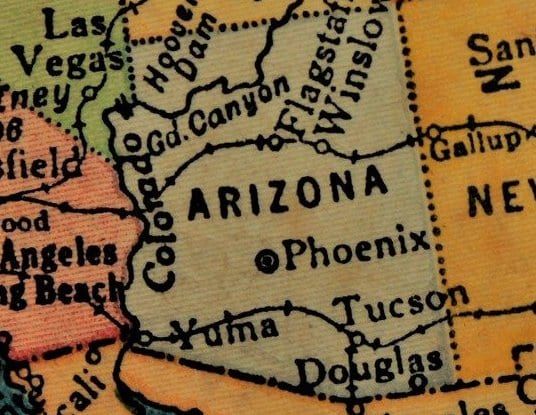 We wished we shared our friend and colleague Stephen Kruiser’s zen-like attitude on this Election Day, but Bloody Marys will just have to do.

Stories like this one from Kruiser’s native Arizona help, too:

The presidential race has moved from a toss-up to lean Republican, Data Orbital president George Khalaf said in a statement.

“Trump seems to have a modest surge underway in Arizona, and it is in close races, like Arizona, Pennsylvania, and North Carolina, that his campaign’s emphasis on the ground game will be material to the outcome,” said Republican strategist Mike McKenna.

Arizona’s early vote tracking shows nearly 2.5 million ballots have been returned so far, with 37% from Republican voters, 37.4% from Democrats, and 25.6% from Independents.

Trump is closing in on Biden in the top battlegrounds, RealClearPolitics’ polling average shows, narrowing from a 4 to 5 percentage point lead earlier this month to 2.7 percentage points on Monday.

Trump probably has a lock on Arizona, so pray for Sen. Martha McSally’s reelection bid.

This person is abnormal. pic.twitter.com/lICnGTRo7b

Insanity Wrap will remind you one last time: If we lose to these beta boys, we’ll have no one to blame but ourselves.

You’ll have to stay sane because this guy can’t or won’t.

Amazing!!! @lilpump got called up onto the stage in Michigan by @realdonaldtrump totally impromptu at 1 am last night and crushed it!!!🔥🇺🇸🔥🇺🇸🔥 #michigan #mi #VoteForTrump #Vote pic.twitter.com/iUmxdxCMrp

If you’ll recall, Michigan was the lone holdout in 2016 — the very last state to get called for Trump. It was so close that it took a couple of weeks to determine that Trump had indeed won the Wolverine State.

Whichever way Michigan goes this year, the money, effort, and energy both campaigns have pumped into the state have Insanity Wrap thinking we won’t have to wait three weeks to find out.

Michigan is also one of those states that if it’s trending for Trump, the media won’t report that.

But how about this: Republicans Now Lead in Michigan in Number of Ballots Returned.

This report is from October 27, but it’s the most recent Insanity Wrap could find with solid numbers for you:

With 2,147,288 ballots cast, the GOP leads the early vote in Michigan. 41% GOP to 39% DEM. About 50% of the estimated total votes for 2020 have been cast. In Michigan, you can register and vote the same day, so this is still a close race. Over the past few days, Republicans have stormed the polls and are beginning to take the lead in early voting in several sates. The speed at which the GOP caught up to the Democrats’ early lead has stunned some experts. Republicans were not supposed to catch up to Democrats’ early vote lead in Michigan until election day, under best case scenario.

This Guy Has a Non-Zero Chance of Becoming POTUS

This guy is the favorite to have his finger on the nuclear button… pic.twitter.com/ORQHLO3aqv

The 12 counties in Wisconsin that went Democrat four years ago are badly lagging their 2016 early vote share. https://t.co/lgAYXhD1Mp

If the Democrats don’t overperform in early voting, they usually lose.

These are hot and fresh numbers from Monday:

Wisconsin Democrats do not appear to be hitting their vote-by-mail and in-person early voting goals, an analysis of the early vote by “The Dan O’Donnell Show” has found. Despite a massive push for early voting across the state, the 12 counties won by Democrat Hillary Clinton in 2016 are badly trailing their early vote percentage from four years ago.

It doesn’t appear as though Wisconsin Democrats are very impressed by Biden’s johnny-come-lately denouncement of the partly-violent riots.

Insanity Wrap hasn’t been able to find much about what’s going on in Minnesota, except for this tidbit:

Why are some states already smashing through their 2016 turnout, but Minnesota isn’t coming close?

It’s not because Minnesotans aren’t voting early in large numbers.

If voter turnout is lower this year than it was in 2020, that’s probably a good sign for Trump.

Upstate MN has reportedly turned yuge for Trump, so any turnout decreases are likely to be limited to the Minneapolis-St. Paul area.

That would be bad news for Biden, but not unexpected given the partly-violent riots.

Whatever the case, Minnesota is a must-win for Biden but only a nice-to-win for Trump.

Don’t fret over Minnesota too much.

than at a Biden event. 😂 pic.twitter.com/ukFSDLJ65z

Hat tip to Insanity Wrap’s friend and colleague Scott Ott for the headline.

When Insanity Wrap thinks of Pennsylvania we want to crawl back into bed and pull the covers up over our face.

It’s going to be a hot mess.

We stay sane by thinking that if Trump wins bigly enough in the other battleground states, then Pennsylvania could descend into total violent chaos for two months before finally awarding its 20 Electoral College votes to Lothar the Tree God, and it still wouldn’t matter.

We hope you’ll join us.

Previously On Insanity Wrap: How Many Kids Can Antifa Threaten to Rape and Murder Before CNN Notices?

Steve launched VodkaPundit on a well-planned whim in 2002, and has been with PJ Media since its launch in 2005. He served as one of the hosts of PJTV, a pioneer in internet broadcasting. He also cohosts "Right Angle" with Bill Whittle and Scott Ott at BillWhittle.com. He lives with his wife and sons in the wooded hills of Monument, Colorado, where he enjoys the occasional adult beverage.
Read more by Stephen Green
Tags: 2020 PRESIDENTIAL ELECTION INSANITY WRAP