Insanity Wrap #72: Almost Everyone Agrees That Toobin's a Snake

Insanity Wrap needs to know: Is there any fake news POLITICO won’t stoop to publish?

In which PolitiFact argues that a mask box warning means precisely the opposite of what it actually says. This is a classic. https://t.co/BS70NHygWk

Insanity Wrap has nothing to say that Brit Hume didn’t already say, and perfectly.

How Is This Even News?

The Biden campaign’s own people don’t dispute the evidence against Hunter Biden.

That’s a net that traps Slow Joe, too.

That is fake news POLITICO published. That is real disinfo.

What a rag POLITICO is.

The Lefty Ladies of TikTok

I’ve never seen the 2020 left summed up better than I have here. Also, I’m sorry for this. pic.twitter.com/e5i8WiMbpc

Ladies, Insanity Wrap humbly suggests that you put down the smartphone, perhaps permanently.

We will, however, try not to laugh when one of you instigates a TikTok-related fender-bender, provided that no one gets hurt. 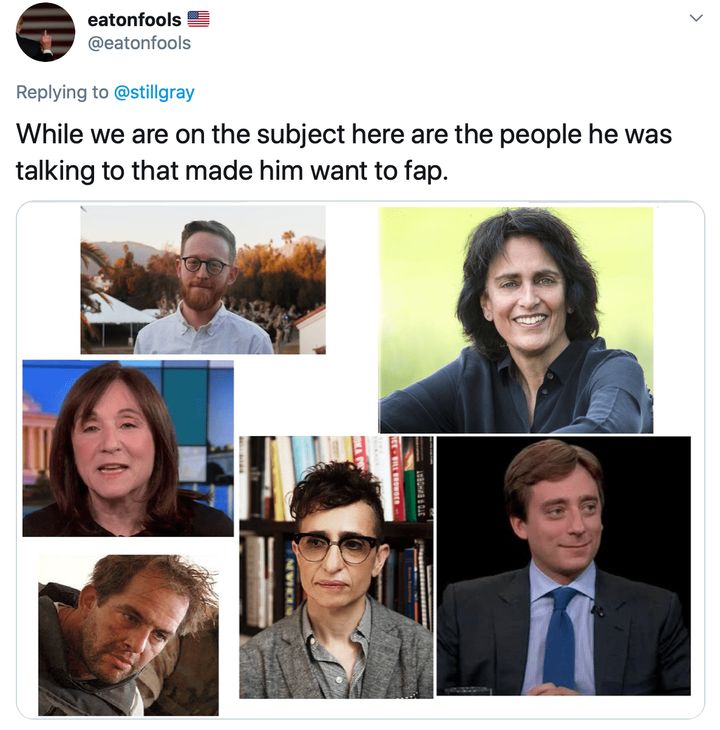 Insanity Wrap makes no judgment about how people get their jollies, provided everyone involved is consenting and able to consent.

This was not that.

Insanity Wrap even has some sympathy for people who might forget where all the cameras are, since there are internet-enabled cameras seemingly everywhere.

But ignorance of where the cameras are is no excuse during a webcam meeting.

Finally, Insanity Wrap believes that if mock elections are what turn you on, then get on with your bad self.

For the record, CNN did not suspend, fire, or otherwise deal with Toobin in any proactive way. Instead, they waited for Toobin to request time off to deal with a “personal issue” and then granted his request. 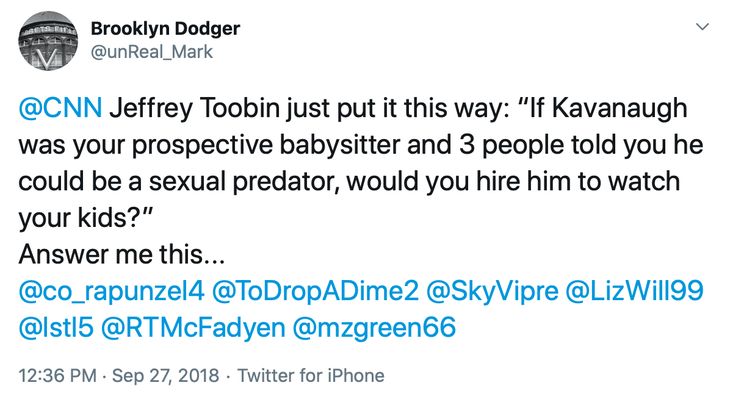 The most charitable explanation of what Toobin did is also what he claimed had happened: That he thought hitting “mute” turned off the camera in addition to the microphone.

This is the same Jeffrey Toobin who, in his mid-40s, knocked up the twentysomething daughter of CBS political correspondent Jeff Greenfield. He then offered her money for an abortion, and when she refused, he refused to pay child support.

Toobin ultimately cooperated with a DNA test that proved he was Rory’s dad. In February, a Manhattan Family Court judge ordered him to pay child support. When he refused to pay the full amount, say sources, Greenfield’s lawyer threatened to notify his employers and garnish his wages; Toobin then paid up.

Toobin was the married father of two at the time.

If that is indeed the case, then the only one surprised when his gambit backfired was Toobin himself. 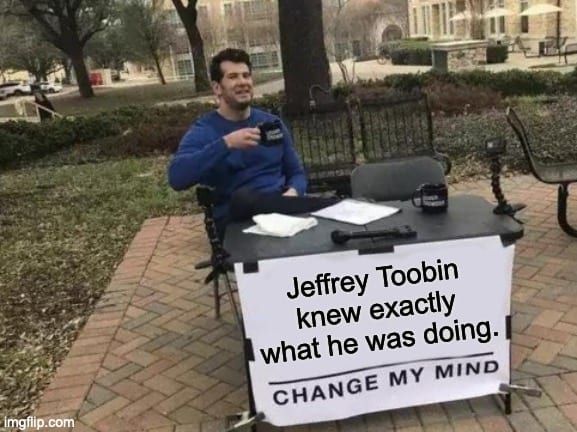 Whatever Seattle City Councilcritter Tammy Morales says, do the opposite.

But Insanity Wrap would like to call to your attention a neat little trick she’s trying to pull here on the people of her own city.

Read from our quick-and-dirty transcript of what Morales had to say about the people of her once-fair city:

What I don’t want to hear is for our constituents to be told to be civil, not to be reactionary, to be told that looting doesn’t solve anything. And it does make me wonder and ask the question: Why looting bothers people so much more than knowing that across the country black men and women are dying every day, and far too often at the hands of those who are sworn to protect and serve.

The premise of Morales’ twisted worldview is this: So long as there is injustice somewhere, no one anywhere has the right to do so much as complain about being looted.

Morales is attempting to morally disarm her own constituents.

You can take away someone’s guns and knives and even fists, but so long as they believe they’re morally justified in protecting themselves, they’ll find a way to do just that.

Convince someone they have no right to self-defense, and it no longer matters if they own guns or anything else: They have achieved the Progressive nirvana of the victimhood mentality.

“Do your worst, I deserve it!”

H.L. Mencken was thinking of politicians just like Morales when he said, “Democracy is the theory that the common people know what they want, and deserve to get it good and hard.”

Morales is there to do unto her voters as they would do unto themselves.

Are we supposed to laugh or cry at this one?