Insanity Wrap needs to know: When do antifa thugs recoil from violence?

Answer: When it is used against a stone-cold killer who happens to be one of their own.

The streets of Portland were relatively quiet last night, Insanity Wrap is happy to report. The usual gangs of anarcho-communists, professional race grievance rioters, and the like were still out in force, but the mood was more subdued.

What Insanity Wrap is unhappy to report is the reason.

Portland’s antifa/BLM thugs were, apparently, mourning the loss of one of their own: suspected murderer and would-be antifa revolutionary Michael Reinoehl.

The officials said the suspect, Michael Forest Reinoehl, 48, was killed during the encounter in Lacey, Wash., southwest of Seattle, when a federal fugitive task force moved to apprehend him.

An arrest warrant had been issued by the Portland police earlier Thursday, on the same day that Vice News published an interview with Mr. Reinoehl in which he appeared to admit to the shooting, saying, “I had no choice.”

His connections with antifa were well known. He acted as antifa “security” at several protests and was apparently working in that capacity when he took it upon himself to “execute” Danielson, as the Trump supporter’s friend, an eyewitness, put it.

When we wrote that the Portland rioters might have been in mourning for this (alleged!) cold-blooded killer, sadly, we weren’t joking.

Reinoehl, the #antifa shooter, was wanted by police for killing Aaron Danielson. He was shot dead last night. pic.twitter.com/EE334rQz8X

What’s disturbing to me is the message that calls Reinoehl the “best ally ever.” Not only do antifa not rebuke his murderous actions, they praise it over & over.

Our own Tyler O’Neil has his say in this Insanity Wrap Seal of Approval™-winning piece: Portland Antifa Rioters to Police: ‘You Murdered Michael Reinoehl… the Best Ally Ever.’

Is there any doubt in your mind what these mostly violent rioters really are?

That’s enough of that.

How about some lighter news?

Well, That Was Certainly Off-Prompter

Did we say “lighter?” Maybe we should have lit a match.

We apologize for nothing. Inside Insanity Wrap’s 51-year-old body, there is still a 14-year-old boy.

And that 14-year-old had burritos for dinner.

Insanity Wrap’s friend Adam Ford has the unedited source video here, if you’re having any doubts about the veracity of that video.

In Which Rich, White Feminists Oppress the Black Man

John Boyega Wasn’t A Victim Of Racism. He Was A Victim Of Disney’s Misguided Attempt At Feminism

But it seems her division also had it in for black co-star John Boyega:

Boyega is angry about how Disney misled him and the fandom in general, about his character Finn, a former stormtrooper who escapes to join the Resistance: “I would say to Disney is do not bring out a black character, market them to be much more important in the franchise than they are, and then have them pushed to the side. It’s not good. I’ll say it straight up.” He believes the same thing happened to his co-star Oscar Isaac, an American actor of Guatemalan descent, who plays the Han Solo-reminiscent Poe Dameron.

I do believe that Boyega and Isaac’s characters were robbed of their plotlines and their glory. I believe the trilogy set them up to be the main trio of the series, and somewhere along the line, that disappeared. The question here is: Was it racism, as Boyega claims? Not quite. I’m sure he’s seen the second film, The Last Jedi, and that film makes it very clear why his character was effectively written out of the series. John Boyega believes he is a victim of racism at Disney. He’s not. He (and his character) are victims of Disney’s feminism agenda. It’s an agenda that was willing to sacrifice the chance for a black Star Wars hero in favor of a series of bland “empowered women.”

The Star Wars rumor mill is lit up more than your drunk Wookiee uncle on Life Day with news that Kennedy is on her way out, and that Disney’s Lucasfilm division will use some little-known Force power to ret-con away the sequel trilogy with Episodes 10-12.

Welcome to the Party, Pal

The reason Insanity Wrap is publishing it so late in the week was to give Portland officials time to digest what their own police chief, Chuck Lovell, had to say, particularly since his statement followed Mayor Ted Wheeler’s similar demand on Sunday for the riots to end.

So. Here we are. On Friday.

The rioters ostensibly now have the city’s mayor and police chief calling for an end to the riots, and yet days later nothing has changed.

You’ll forgive Insanity Wrap if perhaps we don’t take Portland officials quite as seriously as they would prefer.

Jake and Elwood Get the Recognition They Deserve

The Blues Brothers Declared a Catholic Classic by the Vatican

They’re on a mission from God. The Blues Brothers is an undeniable classic. It’s a musical. It’s a comedy. It’s one of the best car chase movies ever made. And now it is getting special recognition from of all places The Vatican. Apparently the pope loves him some Jake and Elwood Blues.

Some have declared watching The Blues Brothers a religious experience, but it was never released or promoted as a faith-based movie. The comedy from director John Landis starring Saturday Night Live breakout cast members John Belushi and his best friend Dan Aykroyd is an R-rated smash and grab that is epic in length and a bit raunchy at times. But all of that doesn’t matter. The Catholic Church has now deemed The Blues Brothers as a ‘Catholic Classic’.

Every single one of Insanity Wrap’s Catholic friends has been …disappointed… by the current pope. And we’re being uncharacteristically delicate when we use the word “disappointed.”

That said, our Catholic and non-Catholic friends alike will, we are certain, join Insanity Wrap in saluting this latest decision by the Vatican.

The Last Word on Nancy Pelosi

She must be having a bad hair day.

Insanity Wrap dearly wishes we had thought up this one.

It is true though: Pelosi canceled her weekly news conference, typically held on Thursday.

And with that, we dearly hope this story is as dead as Nancy’s hair was before she treated herself to that illegal wash and blow. 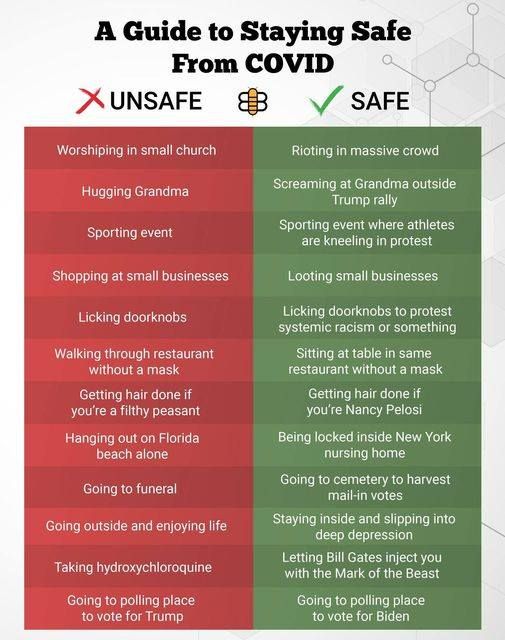