Insanity Wrap needs to know: Why does Joe Biden think black people are all alike?

• Nancy Pelosi melts down on PBS

This is what I mean when I say rioters “shut down” & take over Portland streets. In addition to what they’ve been doing in downtown for months, they also also use cars & stolen random property as barricades in other parts of city. #antifa pic.twitter.com/eCZptkpzNh

Progressives take the fun out of everything:

If the LAPD responds to repeated complaints and verifies that there have been violations at a home, the city will within 48 hours have the DWP shut off service at that home. Garcetti also indicated that county health inspectors and other city representatives would be on the lookout for violations.

The Mayor is now in charge of your houseguests… because freedom.

Meanwhile, in North Korea: How the Kim Regime Has Weaponized Electricity.

While Kim was safely ensconced in well-lit luxury, his countrymen were not so fortunate. Indeed, the Kim family’s 70-year reign of terror in North Korea has been abetted by its ability to starve its own people of electricity. A staggering 18.4 million North Koreans, some 70 percent of the country’s population, do not have access to electrical power. Indeed, by restricting electricity use, Kim has turned it into a weapon.

A Viral Dose of Sanity 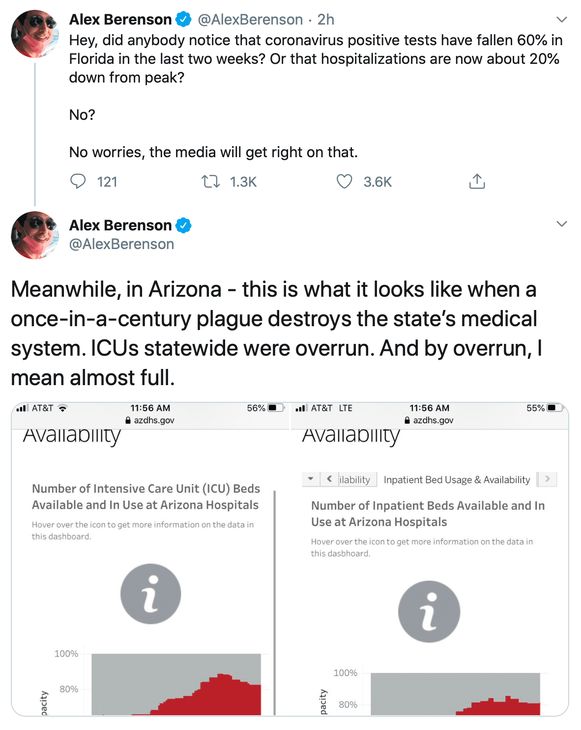 This is good news, especially in light of all the panic-mongering over Florida and Arizona we were all subjected to in July.

The press is going to give the same amount of coverage to this good news out of Florida and Arizona, right?

(If Insanity Wrap were asking that with our tongue any deeper in our cheek we’d look startlingly like Louis Armstrong blowing a high-C#.)

It Is Unwise to Question Your Betters, Prole

Judy Woodruff, what were you thinking?

The PBS News Hour infotainment host had the temerity to present both sides of the argument over the stalled coronavirus relief bill during an interview with House Speaker Nancy Pelosi (D-Undead).

Pelosi accused Woodruff of shilling for the GOP, according to Matt Vespa.

Woodruff responded by saying she was just playing devil’s advocates, noting that the GOP had offered to extend unemployment benefits, that they too have monies allocated for schools and food programs, and that money passed in the spring during the first string of coronavirus relief bills has yet to be spent.

“Well, if you want to be an advocate for them, Judy, let’s know what the facts are,” exploded Pelosi.

This is the kind of world Libertarians want pic.twitter.com/CrPkcb4tiP

That’s just one of many factory-installed options, including hand-stiched leather seating, an Apple CarPlay entertainment system, and fricken laser beams.

So This Is a Thing Joe Biden Said

.@JoeBiden: “Unlike the African-American community, with notable exceptions, the Latino community is an incredibly diverse community" pic.twitter.com/CFO4Q40jEI

That’s nothing. Remember what Biden thinks you think?

Here’s a little refresher from two weeks ago:

People don’t make a distinction, as you well know, from a South Korean and someone from Beijing. They make no distinction, it’s Asian.

In case there’s any remaining confusion: Biden can’t tell black people apart and doesn’t think you care about any differences between China, South Korea, and Vietnam.

Sounds to Insanity Wrap like Biden is the bigot accusing everyone else of bigotry.

Want to See Something Sad?

Joe Biden couldn't get more than 140 people to watch his livestream even with Aubrey Plaza's help. Sad. pic.twitter.com/V5ZAuRMWwC

Insanity Wrap is totally tickled that Biden couldn’t get more than 136 livestream viewers, even with the lovely and talented Aubrey Plaza hosting it. 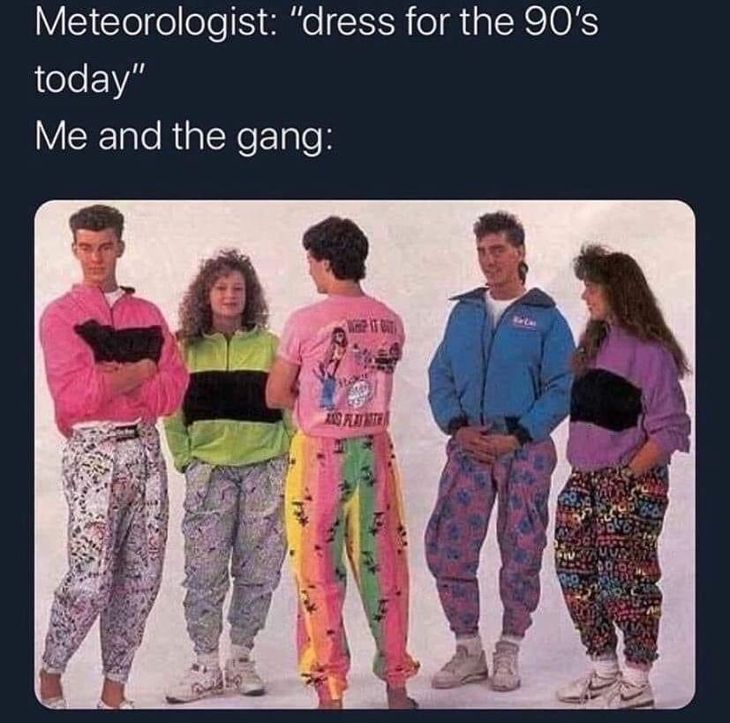 If you need us, we’ll be wearing our loafers, Levi’s, and multi-striped dress shirt, totally ’80s-style.