The Alabama senate race between incumbent Democrat Doug Jones and just-nominated Republican Tommy Tuberville is going to be an almost-unprecedented bruiser if the state Democratic party’s Tuesday night tweetstorm is anything to go by.

But if the former Auburn University head football coach was hoping for a little rest before the campaign season begins in earnest this fall, last night was a huge wakeup call.

Practically minutes after Tuberville was declared the winner, the Alabama Democrats’ Twitter account launched the nastiest barrage I can recall ever seeing from an official party feed. 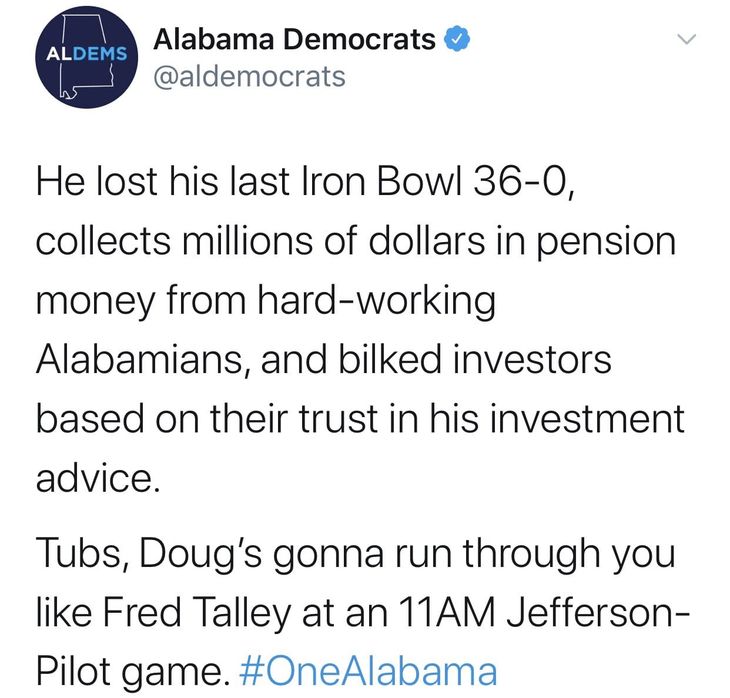 On the other hand, Tuberville is the only coach in Auburn football history to beat rival Alabama six times in a row. And if you’ve ever known an Auburn fan, those people have seriously good memories of that. 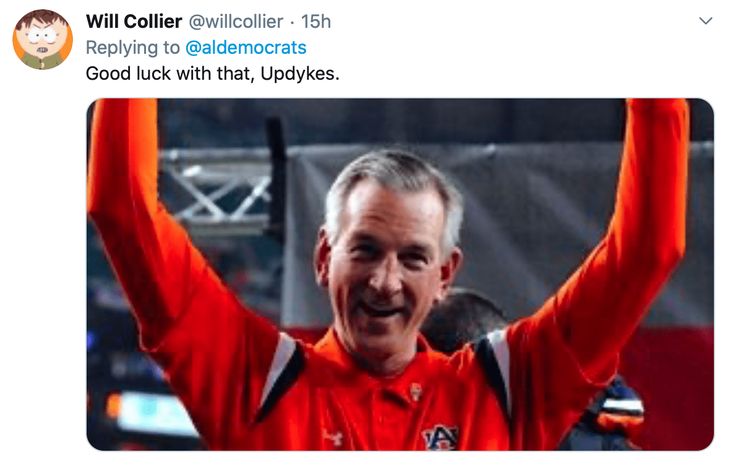 Alabama Dems however were just getting their tirade warmed up. 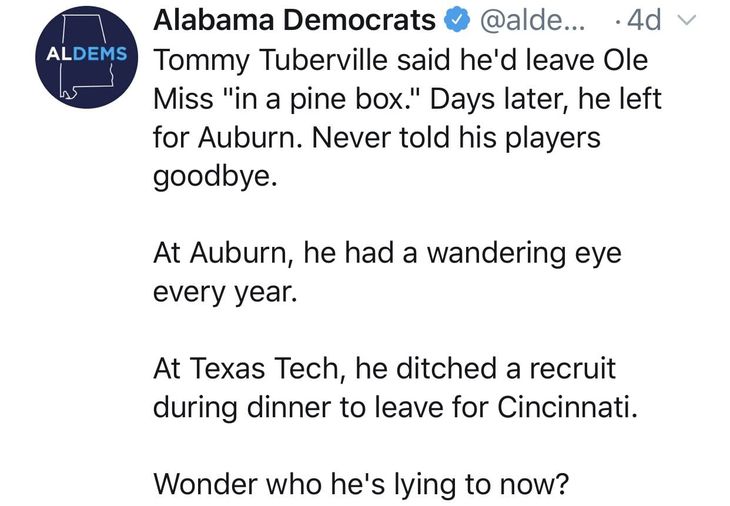 While I firmly hope and believe Alabama voters will leave Doug Jones in the ditch on election day, I’m honest enough to tell you that trying to drive a wedge between Auburn fans and Tuberville like that is a very smart play.

And yet, the Democrats were just hitting their stride. 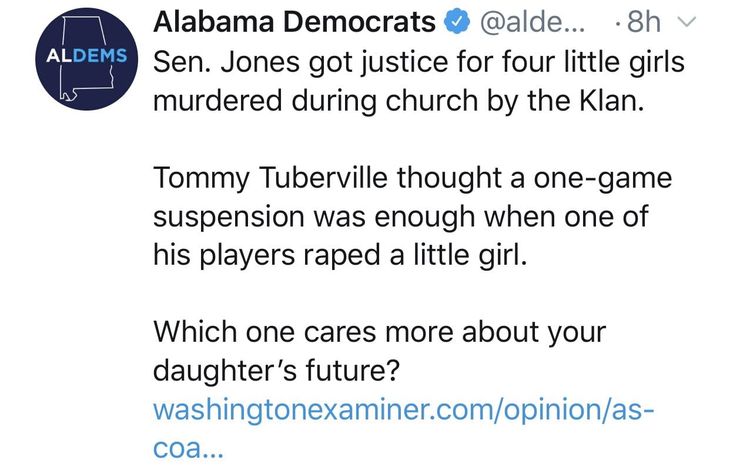 The link included in that last tweet goes to a Washington Examiner op-ed by Siraj Hashmi. Neither are exactly shrieking lefties.

Again, I don’t like the politics involved, but whoever is running the Alamaba Democrats Twitter feed is smart and tough.

They wrapped the tirade with a call to arms, Alabama-style. 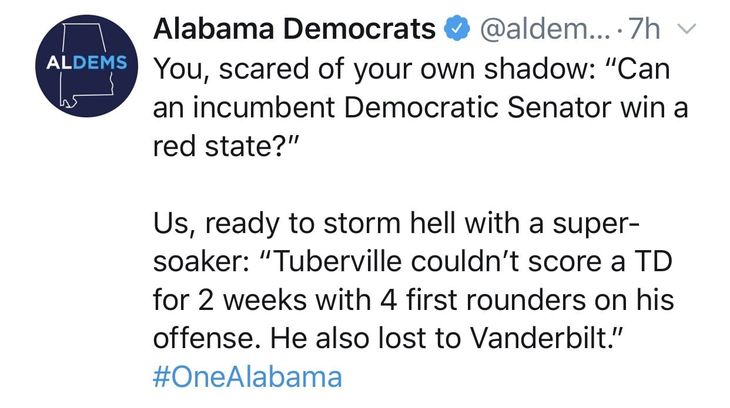 The GOP might be facing a tough battle to keep hold of the Senate.

The balance is currently 53 Reps to 45 Dems, plus two “independents” who caucus and side thoroughly with the Dems. So they need to pick up four seats to win control, or just three if God forbid Joe Biden wins the White House.

Two of those seats are already at risk.

Here in my homestate of Colorado, Republican incumbent Cory Gardner has never generated a whole lot of excitement in a state that’s transitioned from red to purple and is trending towards deep blue. To give you an idea of how bad things have gotten here, Gardner is the last Republican still holding statewide office.

Then there’s Arizona, where Democrat (and former astronaut and naval aviator) Mark Kelly is running a well-funded campaign against a Republican candidate who is still TBD. Republican Martha McSally currently holds the seat, having been appointed to fill it after John McCain’s death. McSally lost a similar race in 2018 to Democrat Kyrsten Sinema.

So if any state is a must-win, it’s gotta be Alabama.

It’s impossible to overstate the importance of keeping the Senate in GOP hands. Whatever his faults, GOP Senate Majority Leader Mitch McConnell has done a masterful job of keeping his well-oiled judicial confirmation machine running full-tilt for more than three years. The federal judiciary has been remade as a result.

But the job isn’t done, and Ruth Bader Ginsburg is back in the hospital.

And if — God forbid — Biden does beat Trump in November, a GOP Senate would be the only brake on total Democratic dominance of the White House and Capitol Hill. I get the feeling that as far left as the Dems have moved in the last few years, a Democrat legislative majority in the 2021-2023 cycle would make the execrable 2011-2013 session under Obama/Reid/Pelosi look like a College Republican social hour.

So my message to Tommy Tuberville is: war damn eagle, buddy — your team needs this win.

Steve launched VodkaPundit on a well-planned whim in 2002, and has been with PJ Media since its launch in 2005. He served as one of the hosts of PJTV, a pioneer in internet broadcasting. He also cohosts "Right Angle" with Bill Whittle and Scott Ott at BillWhittle.com. He lives with his wife and sons in the wooded hills of Monument, Colorado, where he enjoys the occasional adult beverage.
Read more by Stephen Green
Tags: SENATE ELECTION 2020