“Hushpuppi,” a Nigerian scammer suspected of trying to launder hundreds of millions of dollars, was taken into FBI custody in Chicago on Thursday evening.

Ramon Olorunwa Abbas, a.k.a. “Ray Hushpuppi” and “Hush,” a Nigerian national, had just been expelled from the United Arab Emirates for various suspected crimes after his arrest last week.

The U.S. Attorney’s Office says that Abbas will face criminal charges “alleging he conspired to launder hundreds of millions of dollars from business email compromise (BEC) frauds and other scams, including schemes targeting a U.S. law firm, a foreign bank and an English Premier League soccer club.”

United States Attorney Nick Hanna said, “This case targets a key player in a large, transnational conspiracy who was living an opulent lifestyle in another country while allegedly providing safe havens for stolen money around the world.”

To be honest, Abbas was pretty much begging to be arrested and extradited to the U.S., after flaunting “his extravagant lifestyle on social media,” according to the statement released by the USAO’s Central District of California. 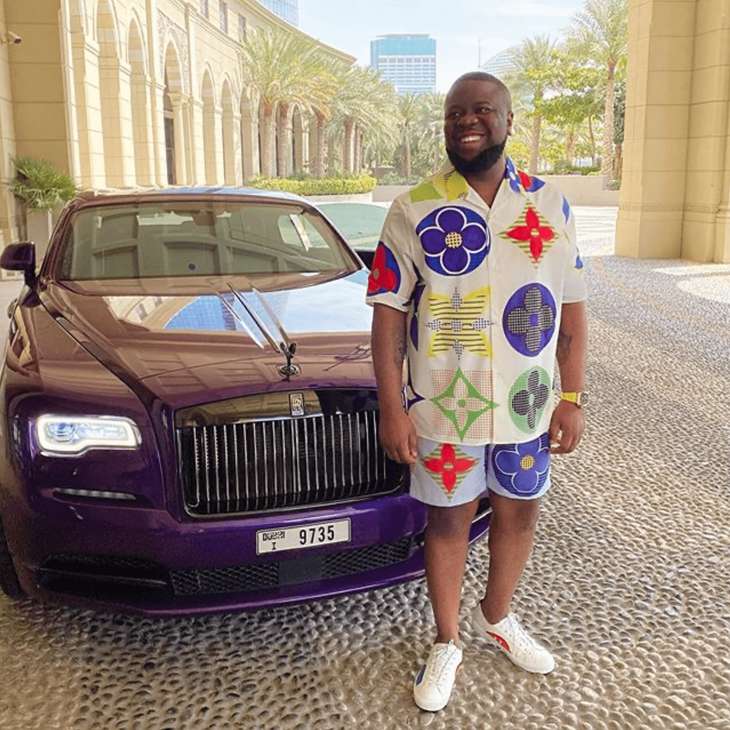 Billing himself as a real estate developer, Hushpuppi has 2.4 million Instagram followers, who apparently enjoy his boasts about “his lavish lifestyle of private jets, designer clothes and luxury cars,” according to the New York Post.

The Times reports that the “FBI and Interpol seized more than £30 million ($37 million) in cash when they swooped” in on Hushpuppi’s luxury Dubai apartment.

“Investigators say the Instagram star, known to his fans as Hushpuppi, had projected a billionaire, jet-setting lifestyle to help to ‘lure victims from all over the world’,” The Times added.

Twelve others were arrested in a complex set of raids for their alleged parts in Hushpuppi’s scams. Trying to add up all the money in all the charges might just be beyond my math abilities, but it looks like around half a billion dollars.

That’ll buy a lot of purple Rolls Royces, although I won’t comment on the wisdom of buying a Rolls in purple.

Hushpuppi is expected to be transferred to Los Angeles in the coming weeks to face money laundering charges, according to the U.S. Attorney’s office.

Meanwhile, this just landed in my inbox:

I am Mr. paul agabi, a Lawyer by profession. I am the personal attorney to Mr. Puppi Abbas , a recent arrival of your country, who used to work with Chevron Oil Exploration Company in Nigeria, herein after shall be referred to as my client.

My Client informs me, a lawyer, that he and his considerable wealth of which certain persons are worthy to sharing, are held captive by the American criminal apprehension FBI.

With your worthy help, Mr. surname hopes to make his freedom.

As pursuant to my Clients desire for his release because of these false and untrue charges, he understands moneys must be made available to the use.

Of his 15$ millions half i would deposit for your account and the remainder 40% for mine. This is mutual beneficiary and secures my clients’ security.

I have all necessary legal documents that can be used to back up any claim we may make. All I require is your honest co-operation to enable us see this business through. I guarantee that this will be executed under a legitimate arrangement that will protect you from any breach of the law.

Please get in touch with me by email and send to me your telephone and fax numbers to enable us discuss further about the details of this transaction.

I’d better get back to him at once.

Forget Hushpuppi: Whatever Delirious Thing Biden Has, He Gave It to Obama