From “Cars” by Gary Numan

Numan apparently never met Florida Man (or Utah Kid) or he’d have written a completely different song, as you’ll see on this week’s thrill-a-minute episode of…

The Most Florida Man Story Ever (This Week) (Video Edition)

At what point during any of this would the driver, perhaps recognizing that something is wrong because they’re going all over the place backwards, simply remove their foot from the gas? They wouldn’t even need to brake.

Still, kudos to the engineers at General Motors. I would have bet that a sedan could never get that kind of climb onto two other cars, and that the job would have required at least a CUV if not an actual offroad vehicle. 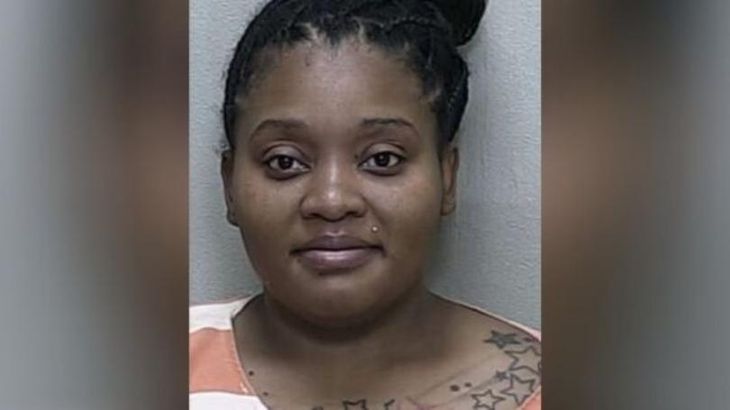 “I ain’t got time for all of this”: Florida Woman empties wine bottle in car, tells officer to arrest her

Florida Woman is my spirit animal:

WCJB reported that an off-duty officer pulled over 27-year-old Zantana Shantay Cannon after seeing her drive erratically, swerve and run a traffic stop.

During the stop, the officer said he observed Cannon empty a bottle of wine onto the floorboard of the passenger side of the vehicle. He also saw three children in the car.

WCJB reported that when a Marion County deputy arrived to conduct a sobriety test, Cannon allegedly said, “No, I’m drunk. I’m telling you I’m drunk. Just put me in handcuffs. I ain’t got time for all this.”

This Florida man—who thinks COVID-19 is a hoax—had a total meltdown when he was turned away by a grocery store for not wearing a mask pic.twitter.com/2HUC1pgo8H

This is an epic — and necessary! — rant from Florida Man.  Maybe you don’t agree with his style, and yes the store has the right to insist people wear masks inside, but right now we’re all feeling his frustration.

A Plague of Locusts? No: Gators… Termites… Everything 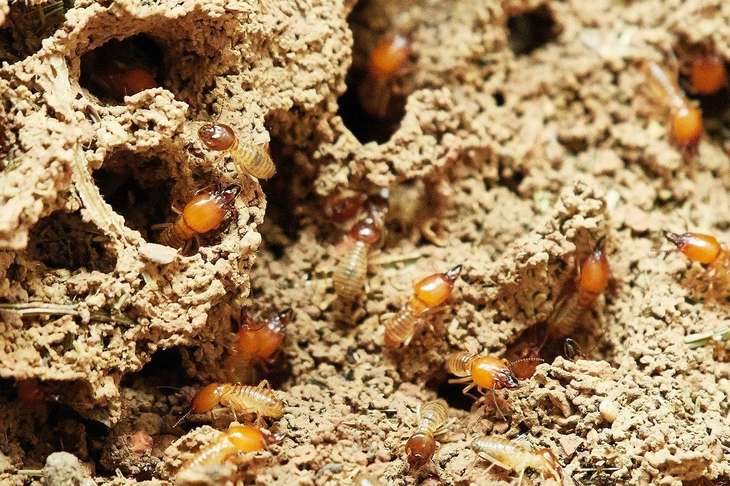 (Image by Roy Buri from Pixabay.)

Florida man finds an alligator in the sewer outside of his house pic.twitter.com/vKxFOhnEJM

PLUS: Look out and under your cars; gator mating season is heating up in Florida.

PLUS-PLUS: Manatees swim up to Florida woman’s home, munch on grass while alligator lurks nearby.

Shoutout to them . Feeding the homeless in Overtown , Miami 🙏🏾. pic.twitter.com/iobMn4cEra

You keep being awesome, Florida Men. 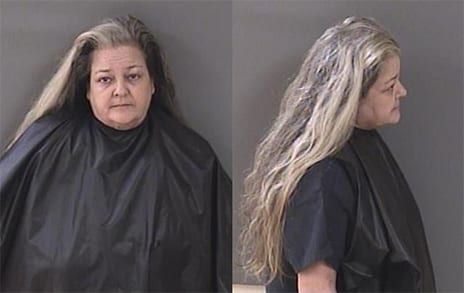 Florida Woman, 56, Busted After Allowing Her Breasts To Break Quarantine.

“A Florida Woman who insisted to cops that she was allowed to go topless while cleaning out her garage–in full view of her neighbors–was arrested for indecent exposure, according to a police report.”

If we’re no longer allowed to perform simple household chores without our clothes on anymore, then why did we fight the British?

This week: ‘They are huge’: Watch iguanas take over a small park behind The Falls mall.

At least it isn’t murder hornets.

Seriously, I haven’t slept since I first saw a murder hornet photo, and I might not sleep again until President Trump announces an Apollo-scale program to drive those things into extinction.

Gran in the Time of Coronavirus

These reports are way better than the ones about petty criminals coughing on police and claiming the be COVID-infected — and there are more of them, too.

Any Port in a Storm 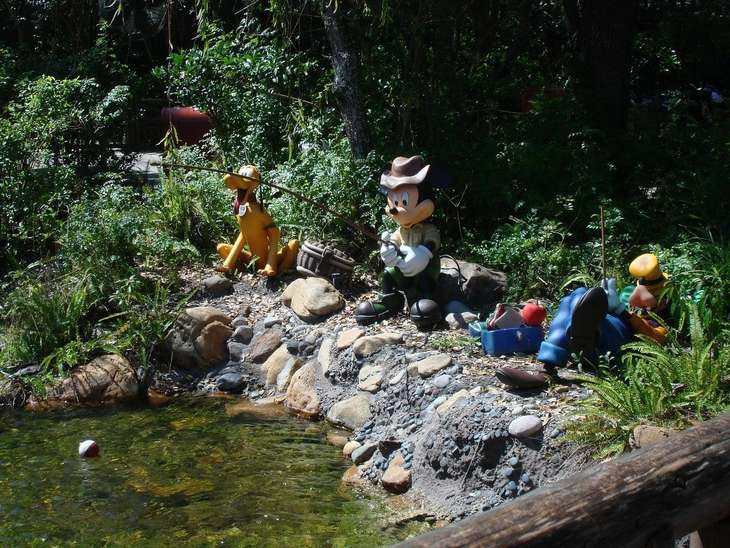 (Image by Samir Gambhir from Pixabay.)

Now this is what I call self-quarantining:

Orange County Sheriff’s deputies found Richard McGuire on Disney’s Discovery Island on Thursday. He said he’d been there since Monday or Tuesday and had planned to camp there for a week, according to an arrest report.

The 42-year-old said he didn’t hear numerous deputies searching the private island for him on foot, by boat and by air because he was asleep in a building. He told the deputy he didn’t know it was a restricted area, despite there being numerous “no trespassing” signs.

“Richard stated that he was unaware of that and that it looked like a tropical paradise,” according to the arrest report.

Well, it is the most magical place on Earth.

• Florida Man who stole gator meat from store identified by Florida Gators license plate. (And he would have gotten away with it, too, if it hadn’t been for those meddling… police.)

• Florida Man shoots AR-15 at dirt bikers who were ‘tormenting the neighborhood.’ (Sir, I know exactly how you feel but you really can’t do that.)

• Florida Man avoided friend for a year after pawning his $60,000 Jaguar.

• Florida Man dressed as dinosaur arrested with Airsoft rifle. (“Not that there’s anything wrong with that” or “The cops use Airsoft?” You choose!) 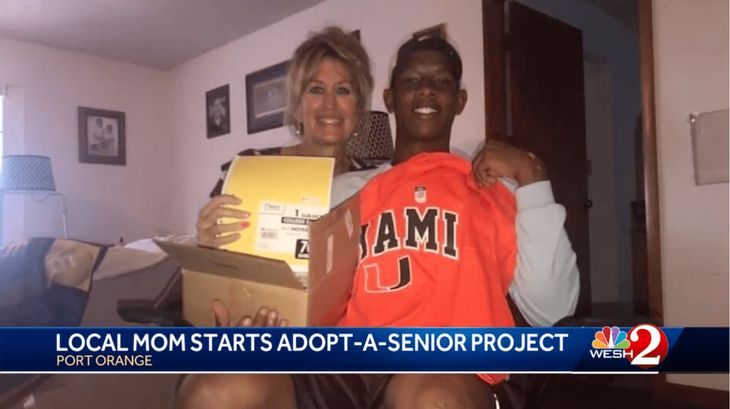 Staci Tramont, whose own senior enjoyed last year’s pomp and circumstance, is sad that this year’s class will miss it all.

Proms, ceremonies and parties have been canceled in the face of the coronavirus pandemic.

To help make things a little better, Tramont created a social media event, “Adopt a Volusia County 2020 senior,” to give families or students themselves the chance to post pictures and information and in turn, allow someone in the community to adopt them.

“COVID really stripped them from some of these amazing milestones,” Staci Tremonty said.

Senior Andrew Lafferty was among the first to be adopted. He was bummed that he and his Spruce Creek High School classmates are missing out on being center stage, but thrilled that through the program, he was noticed and showered with appreciation.

“The way I felt is amazing,” Lafferty said. It made me feel really special that someone could care enough to help all of us.”

This probably isn’t from Florida, but there was no way to resist showing it to you regardless.

To Be Fair, He Did Try to Pay Them

Everybody likes booze and ice cream. And whatever happened to the “serve” in “protect and serve,” anyway?

Ever Been So Mad You Beat Up a Car?

Look what i done witness in kendall pic.twitter.com/T1w4lE3QY2

As longtime Florida Man Friday fans can attest, I try not to be too judgemental about these things. So it is with a generous spirit and the warmest intentions that I choose this moment to remind you that cargo shorts are not necessarily everyone’s friend. 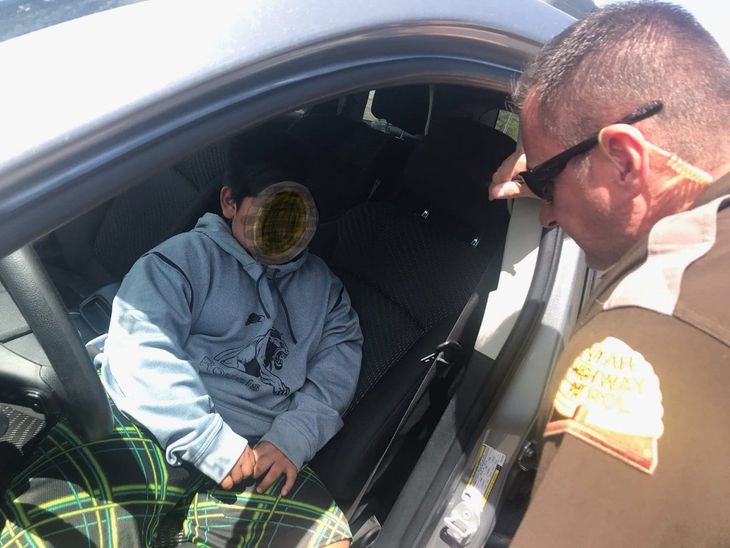 5-year-old boy caught driving on Utah highway was heading to California for a Lamborghini.

So glad no one was hurt in this strangely awesome and heartwarming story:

The boy was sitting on the edge of his seat to reach the brake pedal, the trooper said.

Street said the boy was “was pretty shy and he appeared solemn” after being pulled over. Dash camera footage of the traffic stop shows Morgan pulling over the SUV and questioning the driver.

The boy told the trooper he was planning to drive to California to buy himself an Italian luxury sports car.

“He might have been short on the purchase amount, as he only had $3 dollars in his wallet,” the Utah Highway Patrol said in a statement on Twitter.