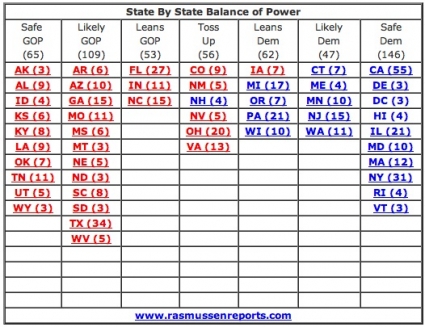 Rasmussen also notes that Obama has pulled ahead in Virginia and Colorado, too. McCain’s lead is down to a single point in Florida. If this keeps up, we’ll have to take the red off of the Sunshine State. Indiana isn’t looking much better.

As of right now, the map looks like this. 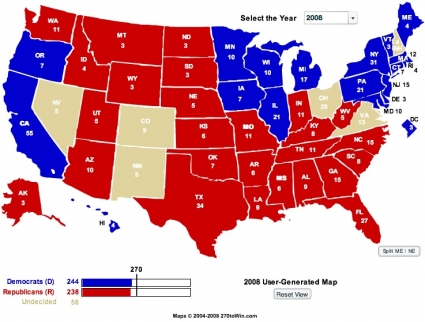 Of course, the new polls haven’t had enough time to reflect McCain’s on-again/off-again campaign and debate appearances — so who knows what things will look like next week.