Much is happening on the West Coast, Messed Coast this week. In the same week that yet another study showed that COVID is not “a pandemic of the unvaccinated,” the good little tyrants-in-training at a Portland, Ore. high school held an interesting Portland pandemic protest.

Was it filled with the typical West Coast, “Hey, hey, ho, ho, COVID mandates have got to go!”? Was it the chant they learned at the city-endorsed Antifa summer camp – “The whole damn system is guilty as hell!”? Or perhaps it was a sing-along to the old chestnut, “I’m gonna tell all you fascists, you may be surprised! People all over this world are getting organized!”

Considering that protesting is encouraged and rewarded in Portland schools by their Antifa-friendly teachers, the school pandemic protest was, in a word, unexpected.

Two hundred Grant High School students bravely and selflessly cut class to attend a rally in favor of forcing vaccination mandates on students. Said one student interviewed by KGW-TV, “This vaccine has been shown to be 95% effective in preventing severe illness, even with the delta variant, even in the present day. And it presents an opportunity for us to be safer in the classroom.”

Poor little tykes. They apparently don’t know that the children their age already have a nearly 100% COVID survival rate according to the CDC. 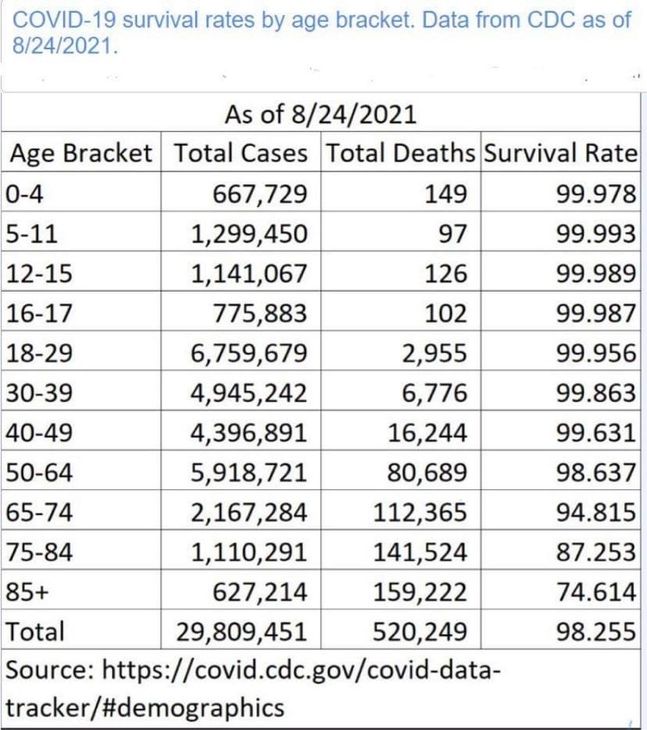 They made up a reason for a protest and fancied that they were noble for advocating a mandate for a vaccine to combat a disease where the survival rate is less than their natural survival rate.

Meanwhile, as with other West Coast cities, police are working overtime in Portland — due to defunding and pandemic mandate firings — to solve the 19 shootings over the weekends.

The ongoing tragedy of gun violence is on my mind tonight after a terrible weekend of violence in our city. A double murder this weekend. Nineteen shootings in 54 hours. Stunning. 1/3

It’s this kind of clueless West Coast “leadership” which has thrust Portland into a public relations nightmare.

You might want to take a seat and brace yourself for this news. It turns out when a city has increasing violence, the aforesaid clueless leadership, Antifa rioters, and suck-up elected officials who are afraid to speak out for common decency, it’s a real turn-off to tourists. Such is the situation on the entire West Coast, but it is especially true in Portland.

KPTV reports that the people in charge of the tourism department feel that murdered people, ever-expanding homeless encampments, and riots are costing the city tourist dollars. “Here’s the problem,” said Commissioner Mingus Mapps. “Around the world, too many people associate Portland with homelessness and homicide. Today, a significant chunk of humanity is afraid of spending time and money in our city.”

Perplexing, really. But the following may provide some clues.

News surfaced this week that a city councilman from the West Coast Washington city of Olympia, Clark Gilman, who is that fair city’s Mayor Pro-tem, wrote a love letter to Antifa during his campaign for office, and it’s a beaut.

Seattle’s “summer of love” was in full effect at the time.

My love letter to a friend dressed in black. There is hope. https://t.co/zqiQu64wyH

This week the Post Millennial reported about the love letter penned during the 2020 riots, which included this nugget. Please cue your favorite old-timey Barry White “luv” song:

“I love you. I want your voice to be heard. And, I’ll be honest, I go to sleep afraid that you might die each night that I hear the airplane circle and sirens blare. […] Be safe out there. Don’t die on the streets tonight..”

This was as Seattle and Portland burned. By the way, the Antifa terrorist who assassinated a Portland Trump supporter ran to the Olympia area to hide. That’s where he got into a shoot-out with federal officers.

Only on the West Coast, folks.

Seattle suffered a big storm and blackouts over the past week. Due to COVID mandates, there were fewer Seattle City Light crews to turn those lights back on.

INBOX: A Seattle City Light crew chief who was recently terminated due to the vaccine mandate sent me this message tonight.

Western Washington is currently experiencing mass power outages due to the storm and the city would rather fire workers than keep the help they need. pic.twitter.com/VE7YiVSPvW

How many people died due to downed power lines or had issues because their electricity was cut off?

No one will calculate those losses, we’re sure.

Related: EXCLUSIVE: How Long Will Vaccine Authoritarians Sit in the Cold and the Dark?

Meanwhile, as the storm raged outside, Seattle’s iconic, high-end Canlis restaurant patrons were thrust into the darkness and sat with no prospects for hot food — until the wise staff lit candles, cracked open cold bottles of champagne, and called for takeout burgers and fries from the even more iconic Seattle restaurant, Dick’s Drive-In.

We’re always there for our friends in fine dining… usually before or after your meal, but in this rare case @canlis needed some burgers to save the night and we were happy to help. #Seattle #Community https://t.co/qeq40oLSb6

And finally, on the West Coast California beat, Governor Gavin Newsom was planning to leave everything behind. He was dumping the problems of the nation’s largest ports with a never-before-seen traffic jam so he could go to a global warming conference with Joe Biden in Scotland. Alas, Newsom’s own state rep, Kevin Kiley, called on the governor to call a special session to do something about the supply chain crisis sitting in his own damned backyard.

Gavin Newsom's hapless response to the port crisis threatens the national economy. I'm calling for a Special Session of the Legislature to alleviate the backlog. pic.twitter.com/1rjKu5s0uI

Gavin stayed home.  Will anything get done? Unlikely.

That’s the West Coast, Messed Coast update — till next time.

Victoria Taft is an award-winning journalist, writer and terrestrial radio talk host, heard in Seattle and on the rest of the Left Coast. Listen to her twice weekly  “Adult in the Room Podcast.” Find her at VictoriaTaft.com  Parler, MeWe, Minds, Locals, Twitter & Facebook. Her book mocking antifa will be out this year. For media inquiries write: [email protected]
Read more by Victoria Taft
Tags: COVID VACCINE