“Come around kids! Welcome to antifa’s Budding Roses Summer Camp! Let’s get warmed up with a few chants and songs. Open up your ‘Protest and Chant Handbook’! Now turn to the page with the first clenched fist you see,” says the imaginary camp counselor to the middle schoolers arrayed in chairs around him.

The dialogue is imaginary, the summer camp is real.

“Now you middle-schoolers, let’s turn to page 16 of your songbook and chant this old chestnut from way back in 2014”:

The summer camp for fourth to eighth graders is meant to develop future rioters, monkey wrenchers, and chaos creators. It’s a take-off on Rose City Antifa. Get it?

Related: ‘Where Is Your God Now?’ Portland Cops Do NOTHING as Antifa Attacks Prayer Event Led by Persecuted Christian Pastor

The camp teaches mistrust of police among other antifa and anarchist skills. “How often has the presence of police made you or your family feel safer? Name one of our problems [that] are made better by strangers showing up with guns,” asks a camp workbook.

The summer camp has been operating since 2017.

Last year’s camp was done virtually with boxes of antifa propaganda due to the pandemic, but this year, they’re adding in pandemic-friendly sounding “meet-ups” along with the monkey-wrenching goodie box. Antifa raises money for its communist propaganda on the Go Fund Me social media platform, better known as the company that has censored and blackballed right-leaning groups for impure political thoughts.

But back to class.

“Ok now, turn over to the old Italian ‘I am antifa’ song ‘Bella Ciao.’ You’ll find it on the page with the Iron Front three arrows icon in the corner. Everyone got it? Great!”

The City of Portland literally has paid antifa with in-kind donations of free space and free publicity to teach its insurrection techniques. Among those techniques presumably are to set the stage for burning down its public buildings and hurting cops and other Portlanders as we saw in 2020 and 2021.

It’s unclear if the city’s support is set for this year, but why wouldn’t it be again?

Look at the record.

The City of Portland has given the group space to conduct its in-person camp at a local park, and in 2018 granted the summer camp the “Spirit of Portland Award” for nonprofit initiative of the year. The program is said to be inspired by the “Black Panthers free breakfast program,” according to an official who bestowed the 2018 prize. The reason was the shared goal “to engage critically with social justice issues… in collaboration with the Burgerville Workers Union, Critical Resistance PDX (an anti-law enforcement group), Food Not Bombs…”

Two white women accepted the award – “Our goal is to empower the voices of youth especially those most affected by white supremacy and patriarchy” – but only after castigating Ted Wheeler and the Portland Police Bureau over its “restrictive protest policy.” This may explain why the group appears to be scrubbed from the city’s 2018 honorees page, though the group proudly carries the speech on its Facebook page. You know, the same Facebook that is busy censoring right-leaning groups and “fact-checking” anything remotely right wing.

“Now before we get to spray painting, anti-police techniques, and today’s lesson in why all white people are racists, let’s sing an old-timey song from Woodie Guthrie – a classic – ‘All You Fascists Bound to Lose’!”

I’m gonna tell all you fascists, you may be surprised
People all over this world are getting organized
You’re bound to lose

Among the other tunes the kids learn are “Lift Every Voice and Sing,” aka the black national anthem, “Solidarity Forever,” the old IWW union song, and “To the Barricades,” among others. 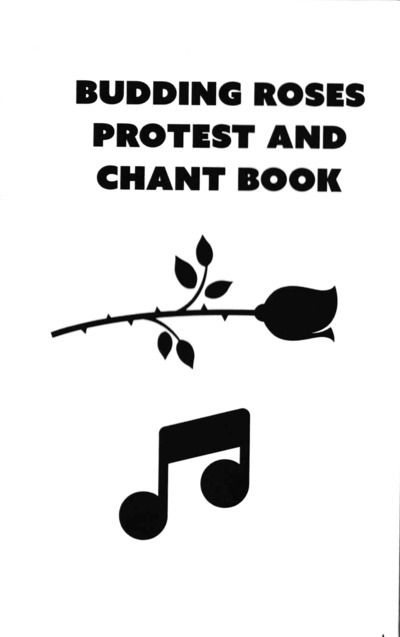 You may ask, who are the “fascists” the kids are singing about?

Related: The People Who Brought You CHAZ Get Their WA State Police Reform Wishes Granted and It’s a Hot Mess

Whoever the teachers say, silly. 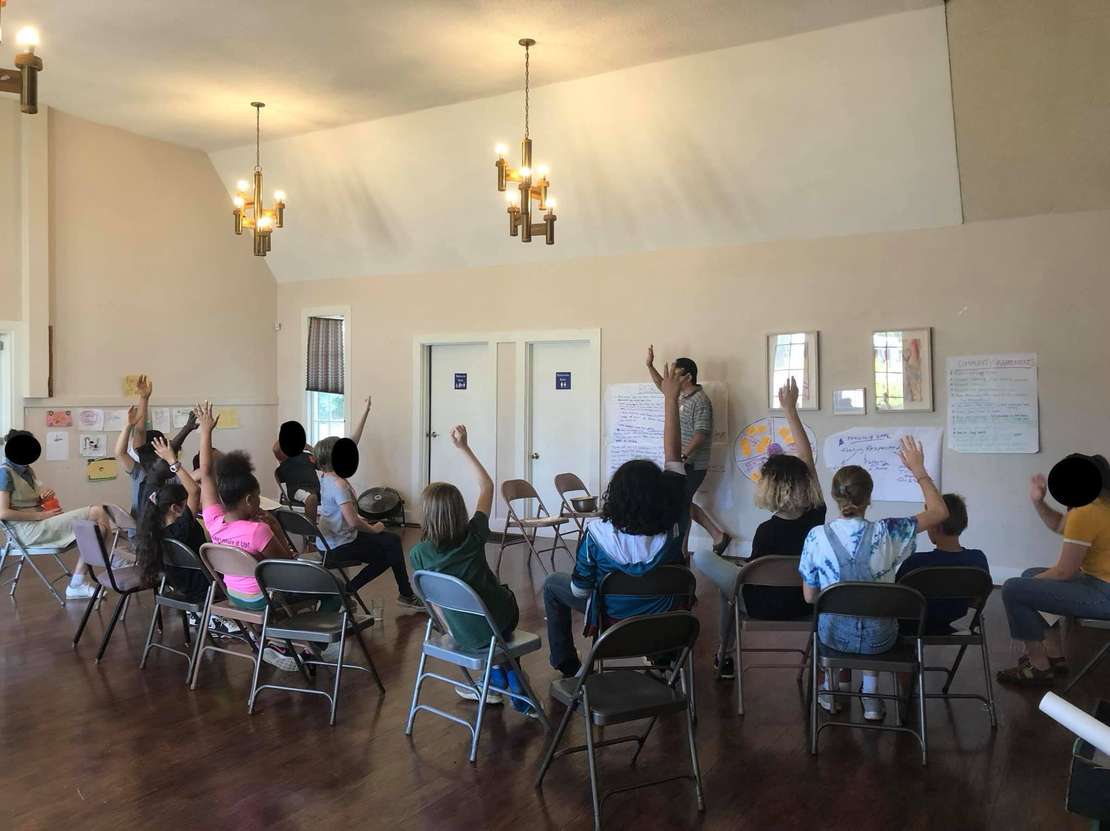 Antifa camp is not just a two-week summer fling. Throughout the year, and for years to come, adult antifa and BLM activists, probably including those who set fires, threw IEDs, and helped destroy areas of Portland during the hellacious summer of 2020 leading into 2021, activate their charges to create protest chaos on the streets of Portland.

Their communist youth conduct protests with the help of antifa and BLM doing the hype team PR, logistics, and organizational heavy lifting. 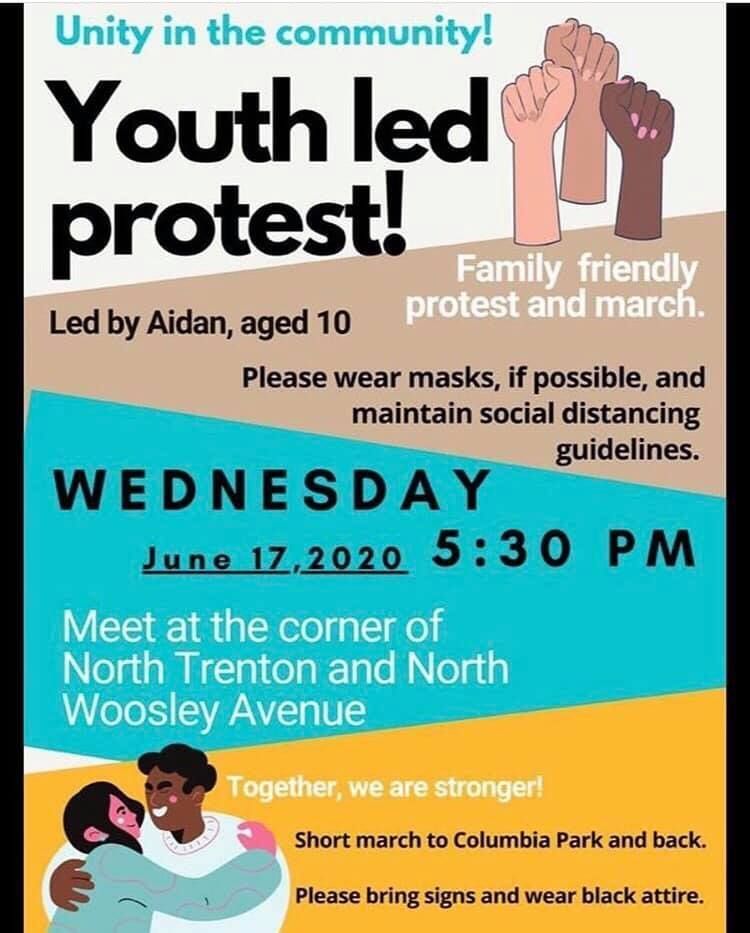 The summer camp’s through-line is antifa and BLM. Its heartbeat is the whole Workers of the World Unite blather symbolized by a communist clenched fist.

“Give me four years to teach the children and the seed I have sown will never be uprooted,” prophesied Vladimir Lenin. This camp’s goal is to make nice little red commies to do their masters’ bidding.

And Portland’s government has been helping.

“Do you love radical education?” reads the group’s Instagram appeal for volunteers. 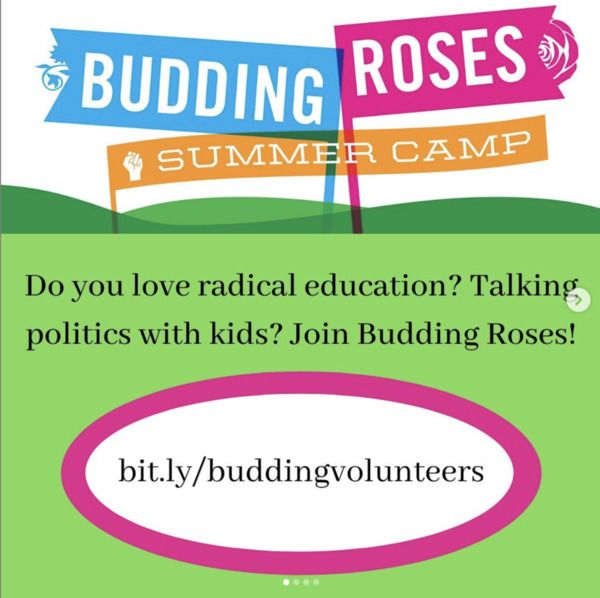 Portland supports this effort in the name of diversity.

What the city’s really doing is sowing the seeds of its own demise.

And by that metric Portland’s doing a bang-up job.