An Indiana grandmother up on trespassing charges in the Capitol riot case was told by her court-appointed public defender to denounce her “white privilege.” The defense attorney gave her a reading list to reprogram her political views in order to cut a deal for no prison time for trespassing on January 6. She’s the first of the trespassers to be sentenced. 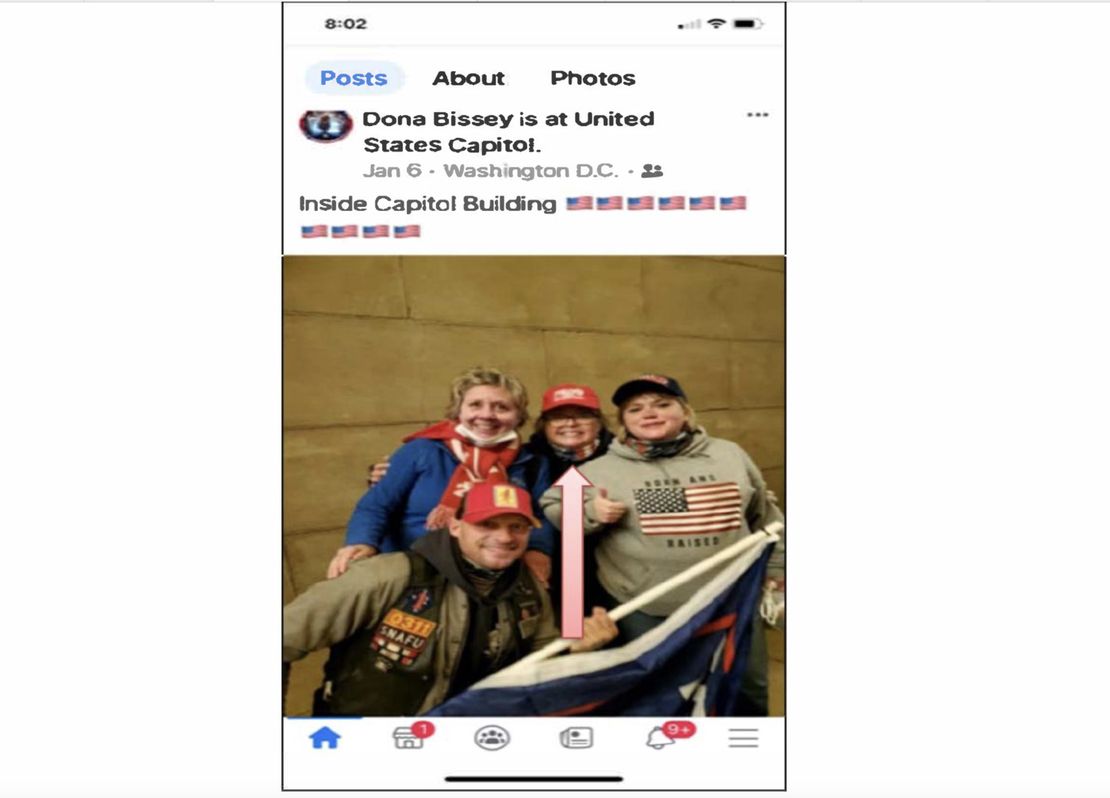 This sickening reaction to a woman, Anna Morgan-Lloyd, who walked through the open door of the Capitol Building and did nothing wrong for a five- to ten-minute period of time — except be there — is about as Kafkaesque as it gets in U.S. jurisprudence. It is a scene repeated over and over in the cases against people near, outside, or inside the Capitol Building on January 6.

It signals yet again the bizarre and wrongheaded belief that the people who were in D.C. to watch President Trump’s speech on January 6 were somehow white supremacists — never mind that there were people of all ethnicities present.

It also shows how the full weight of the U.S. government against these 500 people, many of whom simply walked through an open door under the watchful eyes of Capitol Police, has ruined their lives and finances.

The FBI's 1st #Jan6 defendant to be sentenced. A grandmother from Indiana. The FBI hunted her down and put her in jail for two days for a misdemeanor charge for parading through the Capitol.
Anna Morgan-Lloyd @IngrahamAngle @FoxNews pic.twitter.com/wo4Mw2lE0C

Julie Kelly writes in American Greatness that in court on Wednesday, 49-year-old grandmother Anna Morgan-Lloyd was encouraged — or ordered — by her attorney to denounce her whiteness and prostrate herself before a federal judge for her lawless act … of “parading”… through the open Capitol door.

“My lawyer has given me names of books and movies to help me see what life is like for others in our country. I’ve learned that even though we live in a wonderful country things still need to improve. People of all colors should feel as safe as I do to walk down the street.”

That passage is part book report, part white privilege mea culpa submitted to a federal court this month by Anna Morgan-Lloyd, one of the more than 500 Americans arrested for her involvement in the events at the U.S. Capitol on January 6. The 49-year-old grandmother of five from southern Indiana was charged with four counts of trespassing and disorderly conduct even though she walked through an open door and was inside the building for about five minutes. She was ratted out to the FBI by a county worker who saw her January 6 posts on Facebook.

On Wednesday, Lloyd, who has a clean criminal record, pleaded guilty to one count of “parading, demonstrating, or picketing in a Capitol building”—but not before she consented to undergo a reeducation exercise at the urging of her court-appointed lawyer. (Like many January 6 defendants, Lloyd does not have the means to hire a private attorney.) [emphasis added]

It goes without saying, although we do say it a lot here at PJ Media, that rioting and hurting cops is wrong.

The Indiana grandma did neither.

Apparently “parading” is now a federal offense worthy of being jailed (which she was while waiting for her case to be assigned to a judge), and the payment for said offense is re-education camp.

She wasn’t throwing Molotov cocktails, blinding police officers with lasers, or setting buildings on fire as Portland antifa and BLM rioters did.

It has probably never occurred to antifa’s federally appointed free lawyers — in the unlikely event they ever needed one — to require their clients to denounce their bizarre, racist, and wrongheaded beliefs before going before a judge.

Kelly writes that judges in the January 6 cases “routinely lecture January 6 defendants about the wrongthink of a ‘stolen election’ while prosecutors openly mock their political beliefs, including home schooling and gun ownership.”

“I have had many political and ethical discussions with Anna Lloyd,” Shaner wrote in her motion agreeing to the plea and probation for Lloyd. “I tendered a booklist to her. She has read Bury My Heart at Wounded Knee, Just Mercy, and Schindler’s List to educate herself about ‘government policy’ toward Native Americans, African Americans and European Jews. We have discussed the books and also about the responsibility of an individual when confronting ‘wrong.’”

Shaner also told the court that Lloyd watched the “Burning Tulsa” documentary on the History Channel as well as “Mudbound,” a story of two families, one black and one white, living on the same property after World War II.”

Shaner bragged in Huffington Post about giving her “captured audience” (her clients) what the publication called “remedial lessons in American history.”

Shaner regularly sends her clients who are incarcerated pretrial books to read: “They’re a captured audience, and it’s life-changing for a lot of them.”

As Kelly notes, Lloyd was not charged with anything remotely having to do with racism, but her attorney assumed that, of course, she must be racist! Here’s what Kelly reports she said in court on Wednesday.

“I apologize to the court, to the American people, to my family,” she told Lamberth. “I was there to support Trump peacefully and am ashamed that it became a savage display of violence.” She said she’s never experienced racial negativity but “realizes many people do.”

The federal attorney in the case said in court that there was no political test for prosecutions– but come on, who are we kidding here? The “shock and awe” prosecutions have everything to do with politics. If trespassing and “parading” were offenses worthy of prosecution, hundreds of Portlanders would be serving prison sentences right now. But they aren’t. Kelly reports, “Nearly every charging document filed by Joe Biden’s Justice Department in the Capitol breach probe mentions the defendant’s belief about the 2020 presidential election as evidence of wrongdoing.”

In the “statement of facts” for the case against Lloyd, it states that she and a friend “violated 40 U.S.C. § 5104(e)(2)(D) and (G), which make it a crime to willfully and knowingly (D) utter loud, threatening, or abusive language, or engage in disorderly or disruptive conduct, at any place in the Grounds or in any of the Capitol Buildings with the intent to impede, disrupt, or disturb the orderly conduct of a session of Congress or either House of Congress, or the orderly conduct in that building of a hearing before, or any deliberations of, a committee of Congress or either House of Congress; and (G) parade, demonstrate, or picket in any of the Capitol Buildings.”

As we’ve reported before, somehow the screaming and threats by people who tried to break down the doors of the Senate Judiciary Committee chambers during the Brett Kavanaugh Supreme Court confirmation hearings, the countless times Medea Benjamin and her Code Pinko anti-U.S. activists interrupted congressional hearings, and Senator Chuck Schumer standing on the Supreme Court stairs threatening jurists before an amped-up mob — among many other examples — don’t count as uttering “loud, threatening, or abusive” actions worthy of prosecution.

Lloyd is now on probation for three years, during which time she may not own guns. It bears noting that the woman, who also lost her job over this prosecution, was turned in to the FBI “by a confidential witness” after she applied for a gun permit. The “witness” knew that Lloyd had been in Washington, D.C., on January 6.

Assistant U.S. Attorney Joshua Rothstein said in court Wednesday that “we don’t prosecute people based on their beliefs.”

Try not to laugh.