Today, Garza is attempting to suppress a key document in the case according to Perry’s defense attorney, Douglas O’Connell. O’Connell makes the explosive allegation in this tweet.

In the Sgt Daniel Perry case, @JosePGarza doesn’t want you to see the court filings. He’s filed a motion to seal so you can’t see what’s going on. We’re fighting back. pic.twitter.com/4gqAZ8lPwp

The document in question is the supplemental writ of habeas corpus Perry’s defense filed along with several other filings last week in their request for an evidentiary hearing into Garza’s conduct. PJMedia obtained those filings and reported on the most explosive allegations Perry’s defense is leveling at Garza and acting Austin Police Chief Joseph Chacon — that Garza ordered and Chacon carried out retaliation against career Detective David Fugitt after he found Perry’s actions constitute justified homicide and he should face no charges. Garza took Perry’s case to a Travis County grand jury which indicted him for murder. In the court filings, Fugitt alleges that Garza ordered him to change his testimony to remove exculpatory evidence he had amassed as the lead investigator in the case. This is the witness tampering allegation. When Fugitt refused, Garza called APD and an internal affairs investigation of Fugitt was launched. An IA investigation can lead to an officer’s termination and loss of pension and benefits. This is the basis of the allegation of illegal retaliation.

In the document Garza is said to trying to have sealed, he is accused of illegally having a paralegal, Steven Darden, present in the grand jury room during testimony. The habeas corpus filing states that Darden’s presence in the room was illegal. According to that filing: 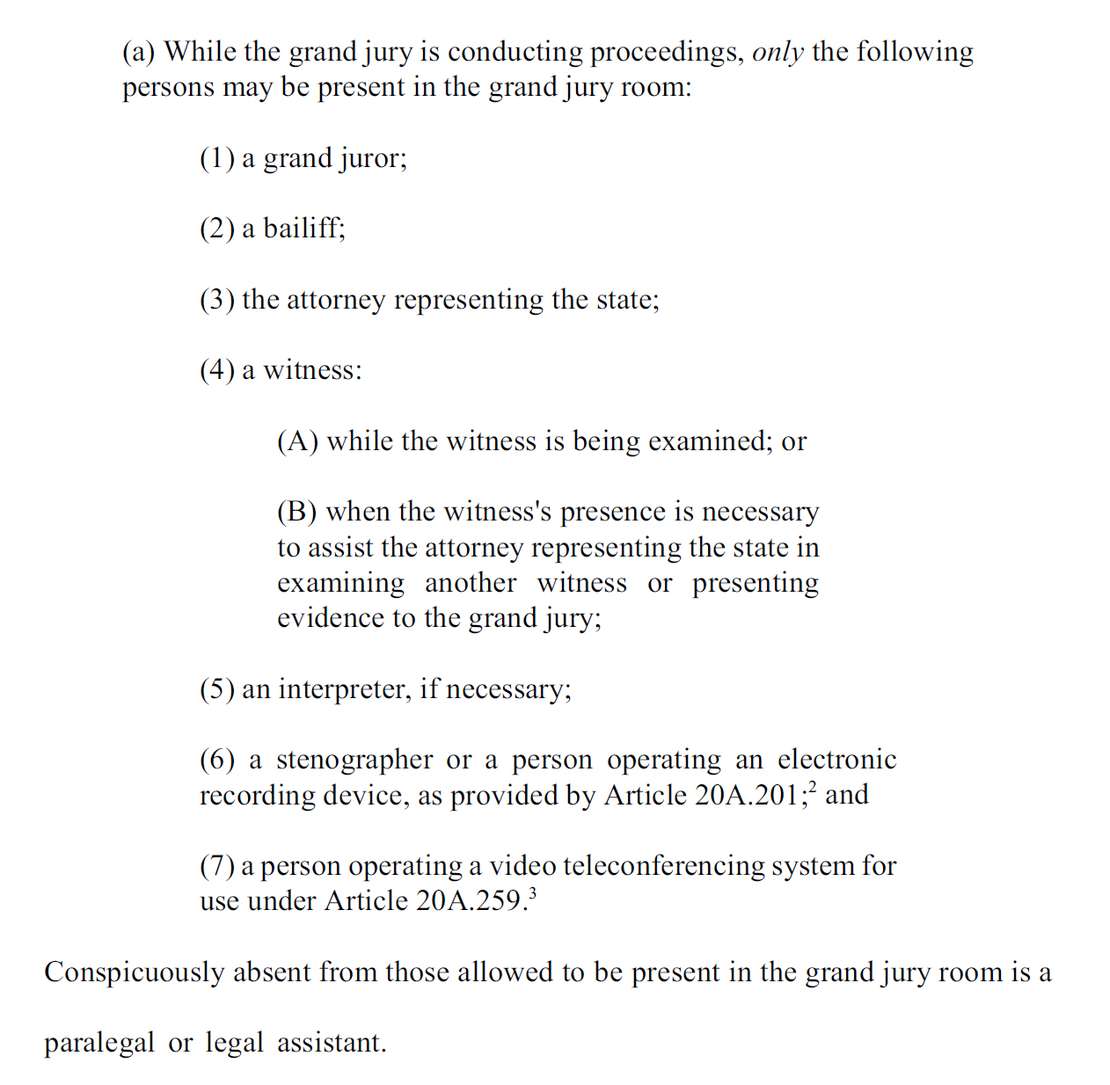 PJMedia obtained the document that Garza is reportedly attempting to have sealed last week.

Bryan Preston is the author of Hubble's Revelations: The Amazing Time Machine and Its Most Important Discoveries. He's a writer, producer, veteran, author, and Texan.
Read more by Bryan Preston
Tags: CORRUPTION