A man found a mannequin hanging by a noose from an overpass in Jacksonville, Florida Sunday. The mannequin was dressed in a police outfit and was also wearing a pig mask.

Lamont Ross, a Jacksonville resident, said he when first saw the mannequin, he thought it was a real body and his “heart completely dropped.”

Ross captured video of the hanging mannequin, dressed in a police uniform with a pig’s head.

Ross’ wife Kiva Ross was with her husband when they saw the mannequin.

“I was in tears. I was like trembling. It was sad just to see something like that in person, it was just terrifying,” Kiva Ross said. “I was praying to God it wasn’t really a body, which it wasn’t, so that was a great thing. It was a big relief.”

Video story about the mannequin at the link.

Jacksonville County Sheriff Mike Williams released a statement calling the effigy “disturbing” and describing it as a “mock lynching.”

This incident was carried out by people wanting to undermine our dedicated efforts to keep our city safe. Too many good citizens are working with us to keep our community safe through active partnerships, and frank conversations about the challenges we all face. This type of act will not be tolerated by our agency or our community, and we will work together to hold those responsible accountable.

The mannequin will be processed for any DNA that may have been left on it. Investigators may also be able to determine where parts of the costume, the mannequin, and the pig mask came from.

“Pig” is of course an insult frequently hurled at police officers. The Austin police headquarters protest PJM has covered over the weekend prominently featured a sign saying “Pigs Quit Your Job.” 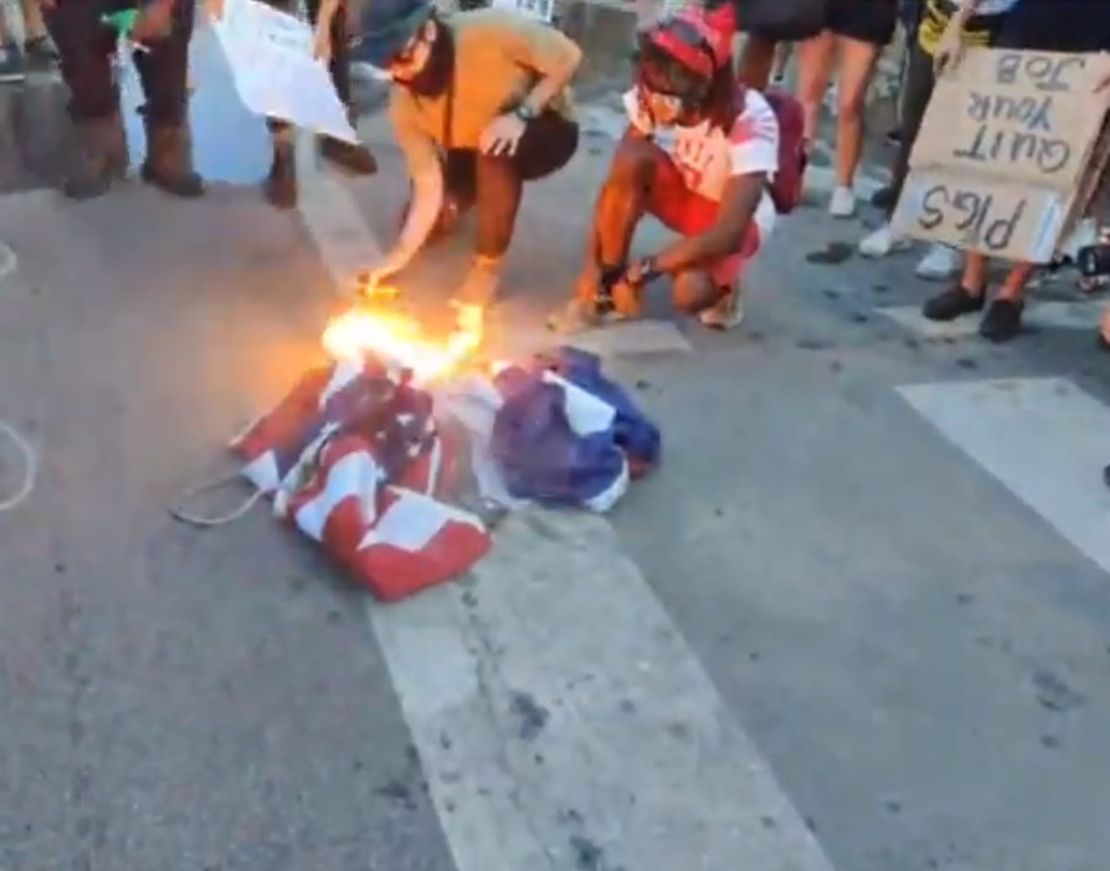