Florida Man, take me away.

…well, who wouldn’t be saddened and confused by that?

Whatever other awful things might be going on here in America or around the world, Florida’s best-in-the-nation sunshine law ensures that at least for a few minutes each week we’ll be able to enjoy some strange news that’s either delightful, weird, or weirder.

I like the weird & weirder stuff, but today we’re going to start with something delightful on this week’s…

Sometimes the only excuse you need to do something awesome is that it would be awesome to do, and Florida Man knows this better than most men do.

There’s just too much water in the air to see what road Florida Man is on, so I went with I-75 in the headline because in your head it kind of looks more like “USA” than any other highway, if you squint in your brain. A lot.

That’s just my little way of saying, “Thank you, Florida Man. I needed that.”

I Did Not, However, Need This, Florida Woman 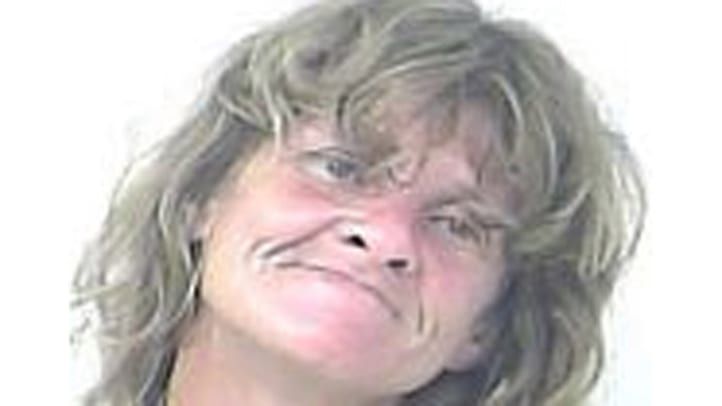 Florida Woman Arrested for Taking Off Shirt at Florida Bar, ‘Hollering’ at Officers.

About 30 years ago I was working at a poorly-managed radio station. How poorly? With about an hour left to go in our morning show one Tuesday morning, the control board went dark and the music stopped.

Right in the middle of Madonna singing “Vogue.”

My first thought was that maybe the power had been cut by the members of an anti-Madonna movement, but I’m a dreamer.

Before my show partner and I had more than a moment to try and figure out what was going on, the bookkeeper walked into the booth, told us the station was off the air, then handed us our final paychecks.

Needless to say, we took those checks directly to Wells Fargo to cash them. Then — and this part will shock you even less — we took our cash to an open bar and proceeded to get extremely drunk before lunchtime.

The reason I bring this up is that I learned way back then that if you’re drunk at noon on Tuesday*, standing on the table in a window booth, and you aren’t wearing any pants, then the police will come to help you find them.

The police officer in my case was very nice and never even arrested me. Then again, I didn’t holler and threaten to take off the rest of my clothes.

Just a helpful hint for Florida Woman from Colorado Man.

*Sheryl Crowe stole that line from me, I swear.

Georgia Man Messes with Florida Man, Gets the Second Amendment 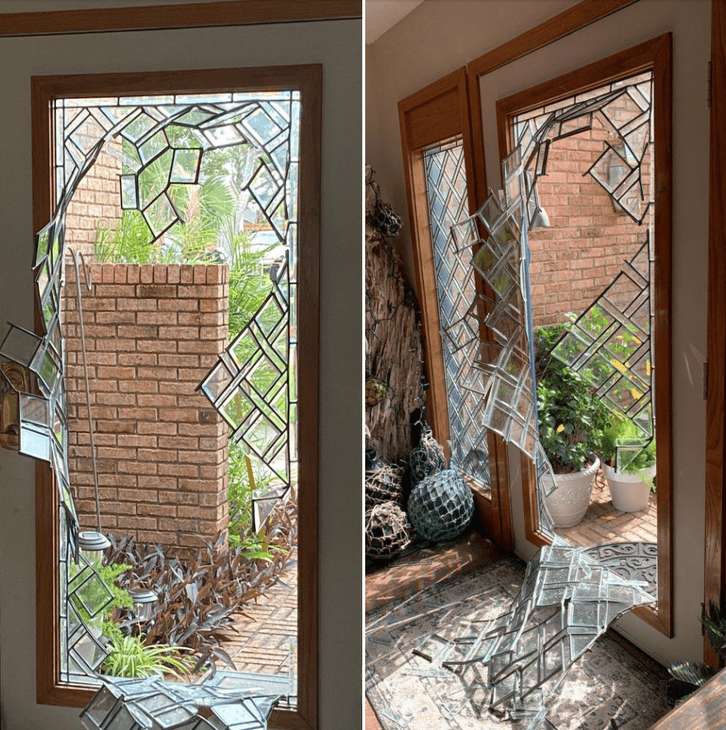 This could have ended so much worse:

A Florida man and his wife experienced a horrific and reportedly unprovoked attack from a Georgia man visiting the area. Witnesses say the Georgia man was “screaming and swearing” for no apparent reason before approaching the 70-year-old man in his yard. The homeowner retreated into his garage and that when police say the erratic man broke into the home and began to beat the homeowner’s wife.
…
The husband went into the garage and then into the house to get away from the man, but the man followed, beating on the door to the house. The man then went to the front door, which was glass, and busted the glass and made entry. The man knocked the wife to the ground, got on top of her, and was beating her about the head. The husband stated he felt he could not physically stop the intruder so he went upstairs to get his firearm. He shot the firearm multiple times, ending the threat.

Florida Woman is going to be OK. The bad guy, not so much.

Previously On Florida Man Friday: Battle of Corona vs. Coronavirus

• Florida Woman Jailed After Shirt-Ripping Brawl Over Bottle of Wine. (I swear my wife has not been to Florida in recent weeks, but don’t mess with her wine, I’m telling you.)

• Florida Man arrested in Trussville after allegedly stealing car during Tinder date. (We see so many of these stories from all over the country that Tinder ought to change its slogan to “Get Laid. Get Robbed.”)

I Thought This Was America 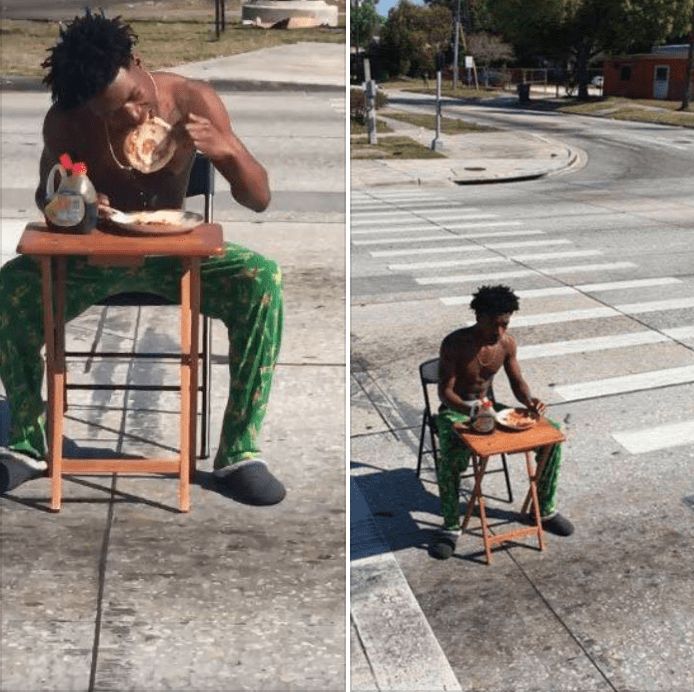 Florida man faces charges for eating pancakes in middle of the road.

It’s a Sunday morning during quarantine and as you can see, the roads are mostly empty.

We all need a little fresh air and some carbs now and then, right?

WHY IS IT GONE?

“I don’t know what to say, but thank you from the bottom of my heart,” she says.

Romano’s heart was recently broken after the death of her husband. The loss for her was also financial. She could no longer keep up with what many of us would consider necessities, like air conditioning.

“I could never afford it,” Romano explains.

Romano said it’s been 2 years since she’s had a working AC unit. Only recently she was able to afford a down payment on a replacement.

She reached out to the team at Southern Coast Services for her options and heard back from staff member David Rochon.

“People that are less fortunate tend to ask for a break like they should. She was the complete opposite, she was trying to give me her last penny. That touched me,” said Rochon.

Free of charge, he gave her an AC unit, a water heater, electrical panel, and a free house cleaning courtesy of another local company.

There’s video at the link. You’ll want to click over to watch it.

A Florida man accused of coughing on and spitting at police officers while claiming to be infected with coronavirus was indicted on a federal terrorism charge https://t.co/pBmd9lcaT8

Being a dumb, desperate criminal is dumb and desperate, sure — but it isn’t terrorism, and the feds know it.

Florida Man did a stupid, local thing that had nothing to do with the feds or terrorism.

You want people to respect the law? Then pass fewer stupid laws and be a lot less stupid about enforcing them. 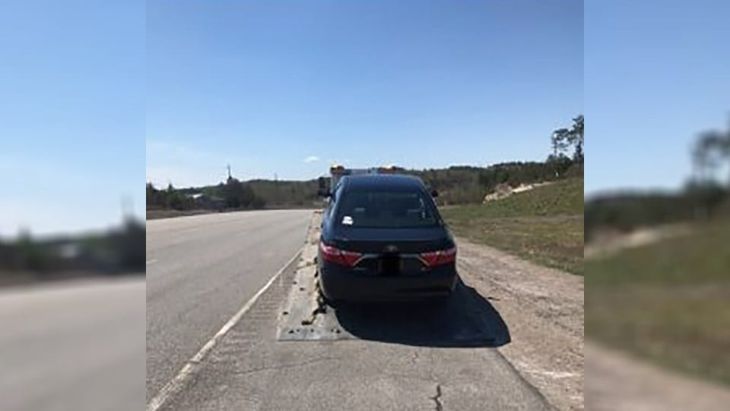 Florida Woman “had her car impounded in Northern Ontario over the weekend after she was caught speeding at more than 160 km/h.”

I don’t use a whole lot of metric because I’m not French or anything silly like that, but I’m pretty sure that 160 km/h is maybe 45, 46 miles per hour*.

But that’s pretty daring for Ontario, where they’d probably never seen anything so cool as Florida Woman before.

*Don’t even try to correct my metric conversions. My mind is made up.

Putting the ‘Murica in America Since 1845

We have florida man https://t.co/CgF8xEOSJS

Indeed. And we always will.

How to Make the Punishment Fit the Crime, Florida Woman?

Grab them nicely, Florida Woman, and it isn’t battery.

I always like to wrap Florida Man Friday up with something equally delightful or weird from one of our other states in this crazy Union, but again this week I couldn’t narrow it down to just one.

I actually kind of love this story, since Texas and Florida have both been a lot smarter about their lockdowns and especially their re-openings than we have been here in Colorado.

You get the idea that Maine Man was trying to be Colorado Man and that’s what made him outdo Florida Man?

What is it with chickens this week?

Let’s wrap with an important reminder: Stories like these three can mean only one thing. Florida Man and Florida Woman have but one week to reclaim their crown of glory in time for the next thrilling installment of…