Florida Man Friday has so quickly become an institution here at PJMedia that I hardly know how to introduce it anymore. Do I need to mention Florida Woman as a separate entity? You do already understand all about Florida’s sunshine law, right?

You know what you’re here for. I know what I’m here to do. So let us skip the fancy intro and dig right into another thrill-a-minute episode of…

A Florida man who thought the coronavirus was "a fake crisis" has changed his mind after he and his wife contracted COVID-19. https://t.co/SonzTla9Nh

Look, just because it turns out that the Wuhan Virus isn’t as infectious as first thought, and just because it generally prefers older victims with preexisting conditions doesn’t mean you can’t catch it if you go around acting like it doesn’t exist.

That said, I’m still with this guy:

Uh oh, wouldn’t want the Commies in blue states to see us Floridians all out at bars having a good time with no face masks

Might destroy their narrative that everyone’s gonna die if we don’t live in a bubble forever! pic.twitter.com/kyqK3oVcQf

I mean, where would you feel safer: On a Florida beach hanging out with Florida Woman, or in a New York nursing home? 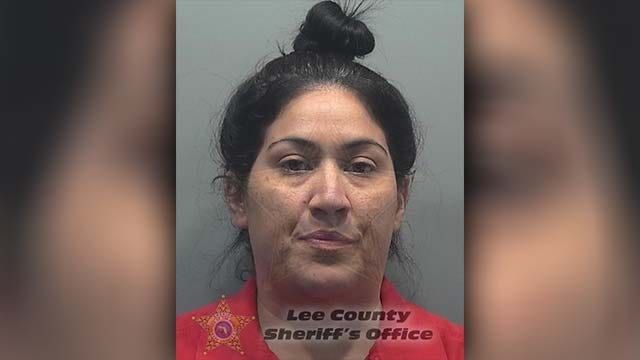 Pregnant Florida Woman accused of stealing over $35,000 from employer.

It’s pretty much what you think:

Garza was hired by a business as an office manager. One day, the owner of the company realized that she was forging checks ranging anywhere between $200 and $3000.

The checks were supposed to be deposited by vendors and suppliers, but Garza changed them. She had been working at the business for four years.

One of the business owners confronted Garza and she admitted that she was 8 months pregnant and needed the money. Garza agreed to pay the money back, but she was fired.

“But” she was fired? More like “and.” Some employees you just can’t keep around. Sorry, Florida Woman.

Still, as a dad of two very expensive boys, one does empathize.

What Did I Just See?

The Florida man is evolving: pic.twitter.com/uc8WJCWklL

Is it wrong that around two-thirds of the views on this video were just me settling in at my desk with my second cup of coffee?

I’d also like to point out that while totally unnecessary, the bottle of beer is totally necessary. 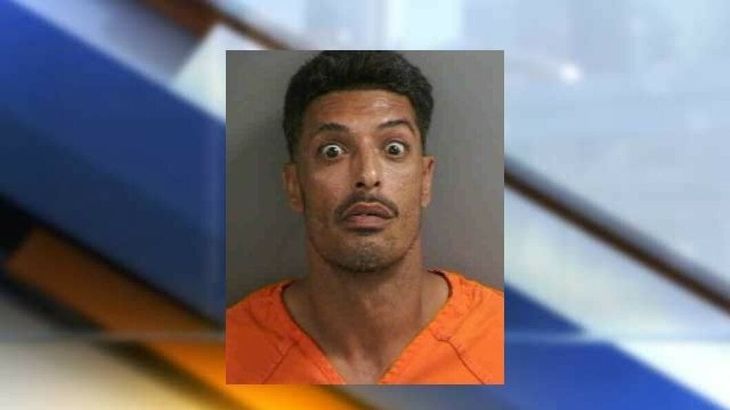 Florida Man Exposes Himself to Woman Drinking Her Coffee.

It started off innocently enough, I suppose:

The victim stated she walked out to the porch and sat down to drink her coffee; at that time, she observed a Hispanic male described as wearing a red sweater and no pants or underwear standing by the pool.

Let him or her among us who has not put on a sweater, and nothing else, to hang out at the pool on a Monday morning cast the first stone.

But then it got weird, didn’t it?

The victim stated the suspect looked up at her and said, “This is what you do to me” and proceeded to walk over to a lounge chair and laid down on the chair, the suspect stated, “This is where you sit.”

The suspect lifted his legs and played with his penis and masturbated.

Yep, it got weird.

Florida Woman screamed and called the police, according to the report, who then came to arrest Florida Man.

I post this story only to remind our younger readers that real life is almost never like an “adult film” from the ’70s, and to adjust your expectations and pickup lines accordingly.

Florida man will sell you a 1993 Honda Civic-based Bugatti Veyron replica for $4500.https://t.co/CQvaM3y1jz

I know it’s awful. I want it anyway.

• Florida Woman cut herself on a window then tried splashing her hepatitis C blood on a nurse.

• Florida Man who sought castration over prison gets 12 years. (I was working up a “cell block & tackle” joke but decided to spare you.)

• Florida Woman accused of selling masks intended for health care workers. (Don’t do that. Seriously, don’t do that.) 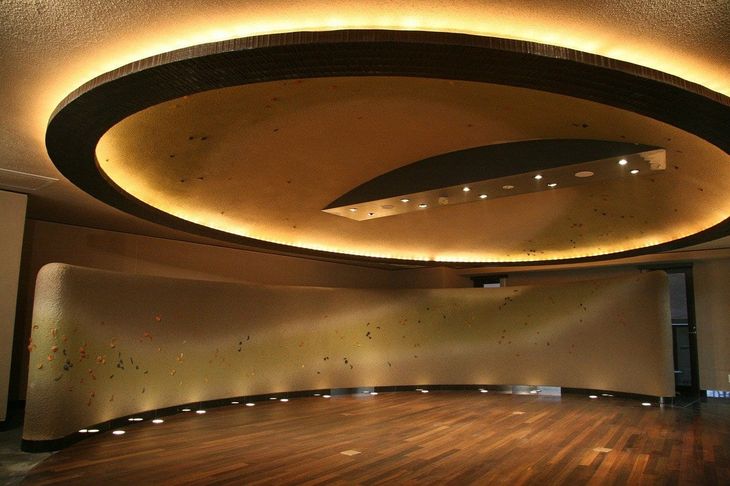 (Image by David Mark from Pixabay.)

This is great, and yes I understand it isn’t without risk:

She said she’s already sold about 200 tickets, and booked a ballroom at the Hilton Tampa Downtown hotel for June 27, the Tampa Bay Times reports.

“What I’m believing is by June 27, because we have flattened the curve here in Tampa, we’ll continue on that path where COVID-19 will no longer rob us or our students of anything,” Marshall said.

Some public health officials say such a large gathering would likely spread infections and disease.

The number of teens at real risk from coronavirus is so small, and the need for teens to get out and do something, especially something like prom, is so great.

You want to raise another snowflake generation? Then take their ambitions away by teaching them that the only acceptable risk is zero.

What Did I Just See?

Yes, Florida Man is using a mailbox as part of his exhaust system. 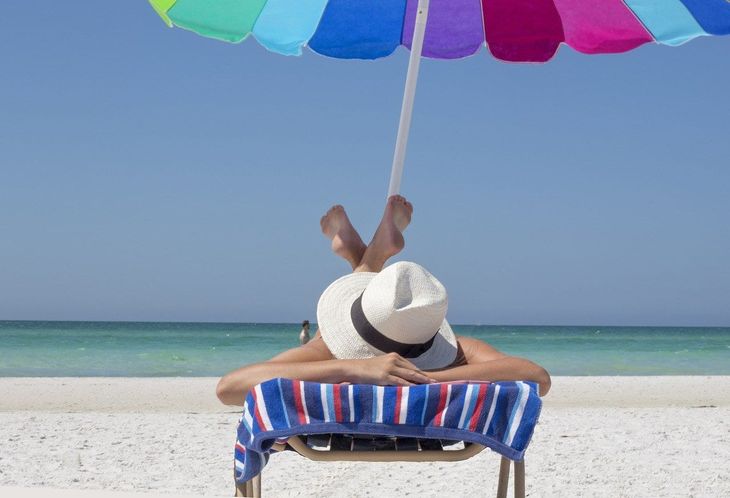 (Image by Terri Cnudde from Pixabay.)

Is Florida Man a product of Florida’s Sunshine Law? Or are we just crazy?

There’s a theory about the coverage, which I’ve seen referenced a few times in various news outlets. It hypothesizes it’s not that Florida has any more weirdos than any other state. We just hear about them here.

It’s all due to Florida’s Sunshine Law, which was passed in 1991. It guarantees free public access to Florida’s government documents and proceedings, minus some exemptions.

Among the allowed documents are police arrest records. It’s interesting and even ironic that the very vehicle which allows these stories to be easily available created a character who is now the butt of late-night jokes.

So, listen up, all my fellow Floridians! Don’t cringe when you see the next Florida Man headline. Stand proud, because you live in a state where you can read about your embarrassing neighbors with the greatest of ease.

I’d love it if Colorado copied Florida’s sunshine law, because it doesn’t take much imagination to guess that with all that legal weed, Colorado Man and Colorado Woman might just be great rivals to Florida Man and Florida Woman.

The headline says, “Bizarre paint battle between 4 men at Florida Home Depot,” but I have to wonder if Peter Jackson didn’t just colorize a rejected Three Stooges bit. 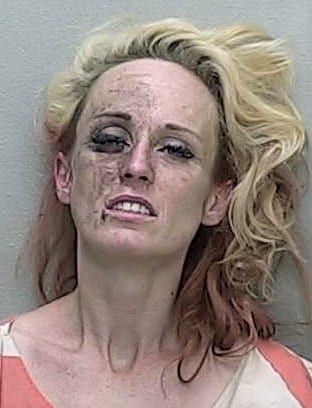 Florida Woman claiming to be kidnapped jailed after burglary report.

This is one of those cases where it’s OK to go full Sergeant Schultz. You don’t know what Florida Woman did, and you don’t want to know what she did.

Oh my god. A car crashed through a Florida man's fence and skimmed over his pool. Luckily, his kids weren't in the backyard at the time. pic.twitter.com/zlYGqubPRF

Well, Florida Man? What are you going to do in the next week to top that?