An Egyptian, Big Ramy has been and continues to be widely celebrated in Egypt—particularly during his triumphant return earlier this month.

But not every Egyptian is impressed.  As might be expected, the learned guardians of Islam have decided to take this opportunity—when the nation is expressing pride in its currently most famous native son—to burst the celebratory bubble.

Sheikh Abdullah al-Rushdi—an imam and preacher at the Egyptian Ministry of Awqaf in the Sayeda Nafisa Mosque and a television personality—issued a fatwa condemning Big Ramy’s very participation in the contest because the big Egyptian appeared on stage, like all other contestants, in speedos, which, al-Rushdi maintains, is haram—forbidden in Islam.

The exact text of his fatwa follows (my translation): “It is not permissible for a man to participate in bodybuilding contests that necessitate its participants to expose some of those private parts that Sharia commands covered.”

In short, the speedos bodybuilders are required to wear expose too much of their privates.

Needless to say, this has created some controversy in Egypt.  A large number of media personalities and other influencers came out in defense of Big Ramy, condemning Sheikh al-Rushdi.

One female television host, for example, all but accused the sheikh—who issued his fatwa on the same day Big Ramy won (Oct. 10)—of being jealous: “Did you just now learn that some Egyptians compete in bodybuilding shows? Why now—when all of Egypt is celebrating the success of one of its sons—do you have to come out and put us down?” She then proceeded to complain of all such sheikhs (who are not a few in Egypt): “Why do you [Muslim clerics in general] always have to make us feel inferior and backwards compared to the rest of the world?”

While she made many fine points, this Egyptian woman also appeared without a hijab, with lots of facial makeup, very long fingernails, and Western attire—prompting the inevitable question: Who is better positioned to speak for Islam—she or the imam?

It’s also worth noting that Sheikh al-Rushdi is an Al Azhar graduate whose beard and bearing—he himself is a 37-year-old non-competitive bodybuilder—suggest “moderation.”

In a video, al-Rushdi responded to his critics, saying he openly engages in athletic activities “because they are not haram, but the issue here is when a sport requires its participants to do something that is clearly forbidden…  I am required to give the sharia rulings. It’s not my job to say what people want to hear; nor am I required to zip up my mouth lest I say something that might bother someone. Whoever wants to be upset is free to do so.”

Here again, then, is another reminder of the constant tension between what draconian sharia demands and what “everyday” Muslims want to do.

Incidentally, before ending this article on Egyptians and bodybuilding, it may amuse the reader to learn that yours truly, who is of Egyptian origin, was once a competitive bodybuilder. Yes, few know, but many moons ago—precisely 29 years ago—I competed in and won the 1993 NPC Los Angeles Bodybuilding Championships, teenage division, as a 19-year-old (when Big Ramy was an 8-year-old). A couple of pictures from that event follow: 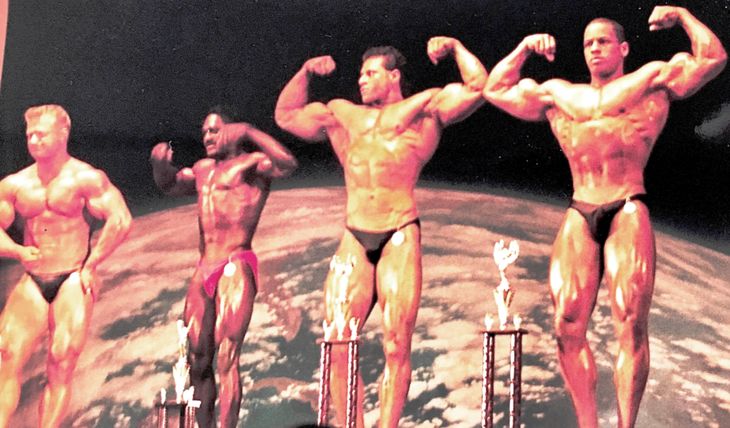 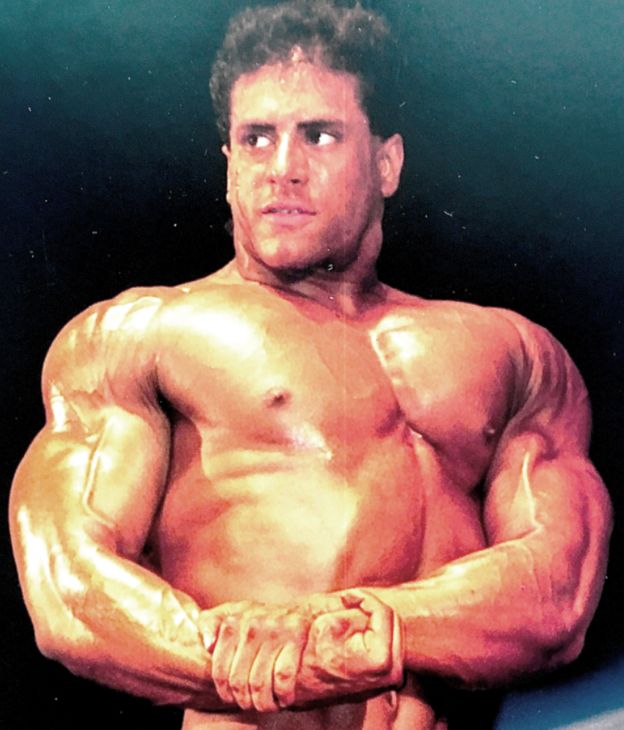 I quit soon thereafter. Never really cared for the bodybuilding “culture” or lifestyle, and had only gravitated to it because I wanted to find another competitive outlet for my weight training—which, almost 30 waning years later, I still enjoy and do—following a debilitating football injury that ended any thoughts of competing in that sport.

Besides and truth be told, I was glad to ditch the speedo, but that was a personal choice—and that’s the whole point.