Most women aren’t very smart. In fact many of them aren’t fully formed human beings. They delude themselves into believing that they want this or that in a relationship, when in reality what they want — and need — is exactly the opposite. If I were you I would ignore their words and just lead them to whatever destination you have in mind. They will be grateful for the help — and will thank you every time.

Begunga Mike had been a little upset with me of late. He was almost becoming an ass about it. He didn’t like that I hadn’t stuck with his yoga directive, and he just couldn’t understand my illogical and piecemeal approach to dating. He had this plan for me, you see, and I wasn’t being cooperative.

He planted his sandaled feet on the edge of my desk. He had been growing his hair out a bit, and the newly developed, light-brown patch added to his slightly demented air — he looked like an Eastern bloc parachutist dropped into an enemy forest, or an escapee from one of Marshal Tito’s prisons.

Sometimes I wonder how you’ve made it so far, John. Like how did you even get this old without totally self-destructing? You remind me of a bowling ball shaped like an egg — somehow you make it down the alley, but it’s sheer torture watching you get there!

He shrieked with delight at his mighty wit and clapped his large hands together.

And the problem is, because you’re so wobbly, you can’t duplicate your results! You might get a strike every ten frames or so, but it’s nothing but pure luck! So you get the two- and three-pin knockdowns — and you tell yourself you’re happy with that — but we know that’s simply not the truth.

“I’m going to give you one last chance to be successful, John,” he told me, forming a steeple with his index fingers under his chin. “If you follow my instructions, and don’t question them, I will have you dating the right women in no time. And you will wonder why you ever settled for so many open frames.”

He picked up a spiral-ring notebook that he had tossed onto the empty chair next to him. In it was the official Begunga Guide to Deciphering and Conquering The Top Ten Percent of All Ladies in the Entire United States. Actually it was an outline — but personalized for my particular situation, based on a thorough perusal of my current matching site profile and my “chats” with the various women who had been kind enough to “converse” with me — or even ignore me, as the case might be. It was pretty exhaustive — and, in typical Mike fashion, blunt and direct.

He told me it was a good thing I was online — because I would never have the guts to approach anyone at the grocery store or at a singles gathering or even at the full-service car-wash. I was to forever be handicapped directly into the cyber-pool.

He had bullet-pointed his patented steps to pay-dirt:

Of course the list went on. It went totally against my grain on just about everything. After all, what was wrong with talking about my kids and their list of accomplishments — I was proud of them, after all!

And why was it so verboten to include pictures of them or to discuss my likes and dislikes? Wasn’t the whole point to meet someone who might like me the way I am?

Mike demurred. “If you actually told someone all the true stuff about you right up front they would call the police. ‘Help! There’s a deranged nervous man after me that won’t stop talking about his blog and what his daughter did in Civics!’ Are you serious, dude?”

“And it’s not just your profile,” he continued. “How about when you message these women? Do you know how to say ‘psy-cho’?”

He read from his outline again:

“You have pretty eyes and a smile.” Really? Every loser in the world is writing that! If she’s good looking you need to show her that that doesn’t impress you — at all. Praising is incredibly weak — I guarantee that unless she’s a total bottom-feeder you will never hear back from her! And how about this one? “Let’s go hiking, girl!”? You’ve never exchanged a word with her, and you’re asking her to go to some deserted park and climb a mountain with you? A nervous deranged man who blogs too much and still has pictures of him with his ex-wife? She’s gonna block you for sure!

Here’s what I’m gonna do for you, John: First things first. We’re gonna get in the car and take a day trip around Phoenix. You’ll need to bring three sets of clothes. First, we’re going to dress you up and I’ll take pictures of you with some of the beautiful customers at a Sushi restaurant. I’ll get them to sit with you at the bar while you’re eating a tuna roll — with chopsticks. This will show off your sophisticated side. I’ll have them drape themselves all over you while you toast each other with Sake bombers. I’ll end up going out with at least two of them….

Then we’re going to get you into some exercise gear and snap some shots of you at maybe the Meteor Crater or somewhere up on the Rim — backpacking, running, chopping wood for your camping expedition — that kind of thing. Yes, I have guns, so why wouldn’t I have an axe? You always need to have action pictures. Even far-left soccer moms appreciate a manly guy who can live off the land and build a fire and so on….

And finally we’re going to have you put on jeans and a Henley and hang out at the home bar and take pictures of you with all your buds there. Well, we’ll find a place and pretend like it’s our home bar. We tell them why we need the photos and they’ll be happy to do it. You need to show that you’re dynamic and well-rounded, and that you’re at ease in all sorts of situations — whether it’s at the AZ premiere of the latest Broadway road show, or in the wilderness communing with nature, or hanging with your friends in a casual setting — because, although you’ve been fortunate in your career, you’re down to earth, too…and you’ve never forgotten where you came from, heh heh heh….

Oh, yeah: When we write that profile at the new pay site, you’ll need to have a college degree. The top ladies won’t waste their time with someone as uneducated as you.

Although I was hesitant to follow Mike’s advice, there was something about it that intrigued me. I am sure women everywhere will give the raspberry to his over-the-top statements and belief system, but truthfully he has more ladies after him than anyone I know. They almost all universally like him, not only for his looks (not handsome, really, but masculine) and physique and confidence, but because they find him to be funny as hell and are really attracted to his totally unapologetic demeanor. In fact, the more outrageous his declamations become, the more they want to be with him — and in my more cynical and depressed moments I really believe that the kind of person you are means way less than animal magnetism. Of course money helps, too. Let’s be honest about that.

It’s funny that the women I date tend to pooh-pooh him…so maybe there are a few ladies out there that aren’t swayed by his rude vigor and ballsy persona…and of course I’m a lot older, so who knows? But there is that side to me, just like with all men, that would really enjoy a series of emotionally deficient yet incredibly satisfying sexual liaisons with a gaggle of fit and nubile hotties. Who needs a long-term relationship when you can have a bunch of those?

So maybe in the end Mike’s lesson plan would have to be followed.

Get ready for more of John’s descent into the Begunga Mike dating underworld – coming soon at PJ Lifestyle.

And don’t forget the other John Nampion Vs. The World Episodes: 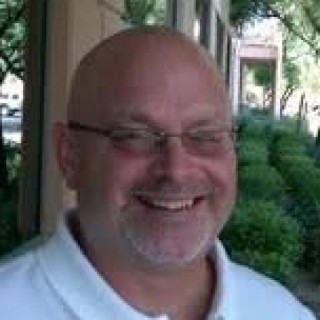