Probably no beer has a more “love it” or “hate it” reaction than IPAs — India pale ales. Reactions range from a chest-thumping “more hops the better!” to “ewww, it’s so bitter, how can you stand it?”

But IPAs range more in taste than pretty much any other style of beer. There is one constant—hops. You will know this is an alcoholic drink. Think of IPAs as the gin and tonic of beer.

The name comes from colonial Britain when ale destined for troops in India was packed with extra hops so that it would still taste like something when it arrived.

And IPA beer comes by some of its bad reputation in the U.S. honestly. When they first started becoming The Thing in the craft beer craze here, far too many breweries were merely racing to get the highest IBUs (International Bitterness Units) in a bottle.  Many early IPAs were also piney tasting, and the combination made first-timers think they had been given a glass of turpentine.

Now, IPAs range from fruity to malty to dark. But the one constant is hops, and while they may taste sharp to the uninitiated, once your palate becomes accustomed, a normal beer tastes like water.

Here are ten great IPAs to watch out for. I did not name this column the 10 best for a good reason. These aren’t even my ten favorites. With the proliferation of breweries in the United States, with my home state of Michigan ranking in the Top 5, there is simply no way to taste them all. So, while some might find my list a bit Michigan-centric, I tried to limit my choice to beer that is available in much of the country.  I will also limit beer geek talk about kinds of hops and frothy finishes as much as possible.

So, if you’re wondering what to stock for your holiday party, here are 10 suggestions that make your hop-loving guests happy. 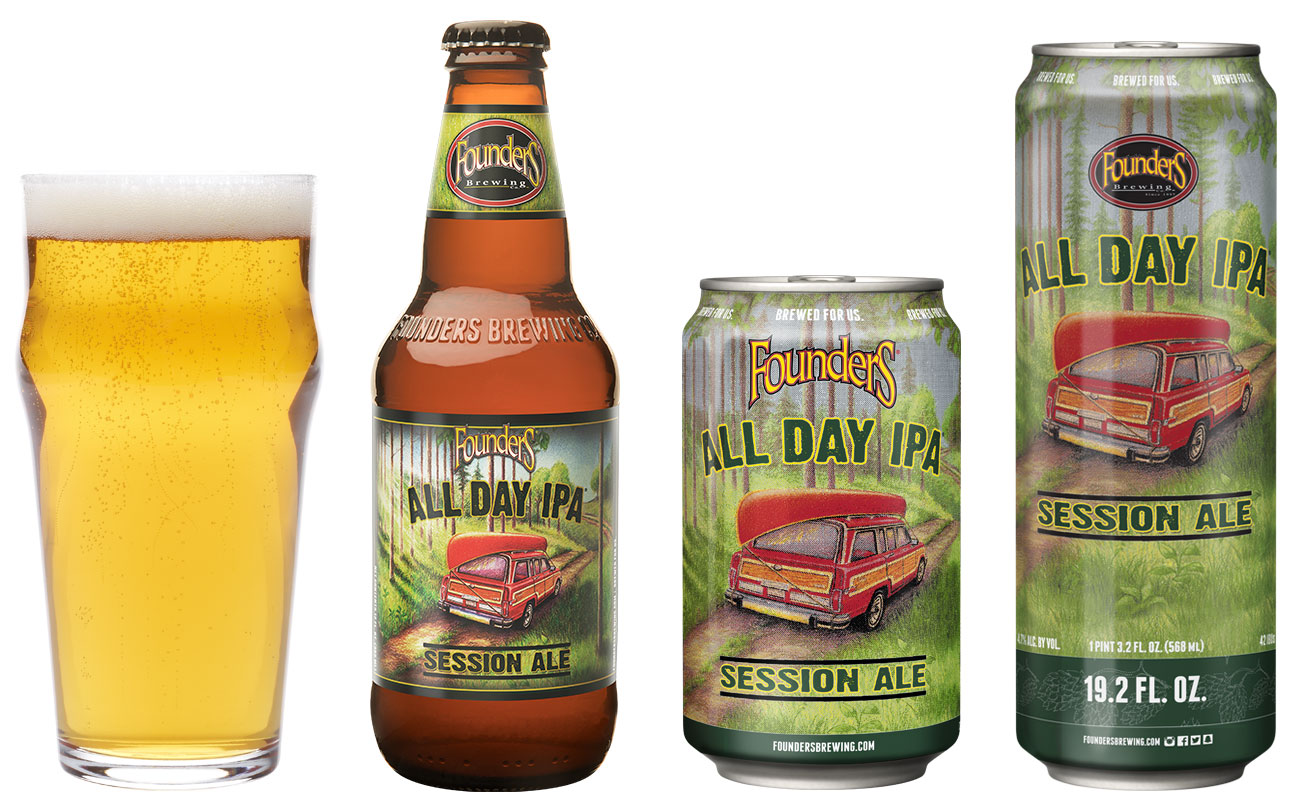 The gateway drug to IPAs is this superb “Session IPA” from Founders in Michigan. As its name suggests, it’s great for that all-day party or a long day on the beach, with its lighter flavor and lower alcohol content. Sure, if you’ve never had an IPA you will find it more bitter than what you’re used to but finish the whole thing — or two — then decide.

This is an exceptionally refreshing and tasty beer with a citrusy undertone and is a justified favorite–even for hop-heads.

Sierra Nevada Pale was one of the first really tasty pale ales to become a nationwide favorite and it really paved the way for IPAs to go mainstream. It’s still very popular, with a medium amount of IBUs and a refreshing aftertaste.

Sierra Nevada followed up with Torpedo, which they call an “Extra Pale Ale,” which basically is a very solid, no frills IPA. I consider Sierra Nevada to be the big craft brewer that Sam Adams really, really wants to be. Unlike Sam’s (except for their solid Rebel series) Sierra Nevada takes chances—which mostly pay off—while Sam’s plays it safe… and boring. Among Sierra favorites are their Tropical IPA and Know Good IPA.

This is THE basic no-frills IPA that has swept the nation. Nothing fancy, just a smooth, yet hoppy, refreshing beer. Just enough hops and alcohol content for serious IPA fans to fall back on when the blue-collar bar they are frequenting thinks they are being adventurous for carrying a craft beer—and tasty enough to actually choose it in a large tap room on a hot day when you don’t want to think too much about all those choices. Lagunitas IPA (California), a similar, slightly sweeter beer, is also easy to find nationally; Stone IPA (California) should also not go unmentioned here.

This incredibly tasty IPA just makes me smile.  It has a bright, refreshing flavor that just seems so sweet when it hits your mouth—and then the hops hit you in the aftertaste. It also comes in a tangerine and grapefruit version, but those haven’t made it to my neck of the woods yet.

Because of the name—and the power of suggestion—many people mistake this for a grapefruit IPA. But Deschutes Brewery’s Fresh Squeezed IPA is just loaded with Citra hops, not actual fruit juice. It is a flat-out delicious beer, and the prime example of a citrusy, but not actually juicy, IPA.

This citrusy-tasting IPA should come with a warning label—be careful, this beer is way too drinkable for something with this amount of alcohol.  This may go down like a session IPA, but its 7.5% alcohol puts it near the most potent of the beers on this list.

Hazy beers are all the rage right now, and Lagunitas comes through with perhaps the best one available nationally. Here in Michigan, THE in beer is M-43, from Old Nation Brewing, a “New England IPA” that pours like orange juice and is pretty close to being the beer version of a screwdriver—and which I predict will put that brewery on the nationwide map. Again, though, no actual fruit was harmed in the brewing of these beers, just a mix of citrusy-tasting hops. For the budget minded, Sierra Nevada comes through again with Hazy Little Thing, which is about 85% as good, but a 6-pack of cans comes in at about half the price. Now to a beer that actually does incorporate fruit juice into the brew. Every spring I buy two cases of this unique and delicious IPA, Freedom of ’78, a spring limited release joint venture between Short’s Brewing Company, Michigan’s third-largest craft brewery, and Half Acre Beer Company in Chicago.

Brewed with pink guava, this unique and exceptionally refreshing beer is a perfect example of how to do something different—using fruit—without turning your brew into a shandy, though some hop heads disagree. This is one you can use to introduce someone to hoppy beer. Again, though, be careful because this one clocks in at 8%.

To paraphrase the probably apocryphal quote from Ben Franklin, the fact that blood oranges mix so well with beer is yet further proof God loves us. I have yet to try a blood orange beer I haven’t enjoyed. Come to think of it, I haven’t tried a Dogfish Head beer I haven’t enjoyed, especially their series of 30, 60, 90, and 120 Minute IPAs, which, I suspect, refers to how long you should take between drinking them, respectively (90 and 120 will make an appearance in our next chapter). Flesh and Blood is the best of the nationally available blood orange IPAs that I’ve tried, though Elysian Superfuzz rates a mention. And if you’re ever in mid-Michigan, seek out my favorite beer in the world: Block Brewing Company’s fantastic Blood Orange Ale. 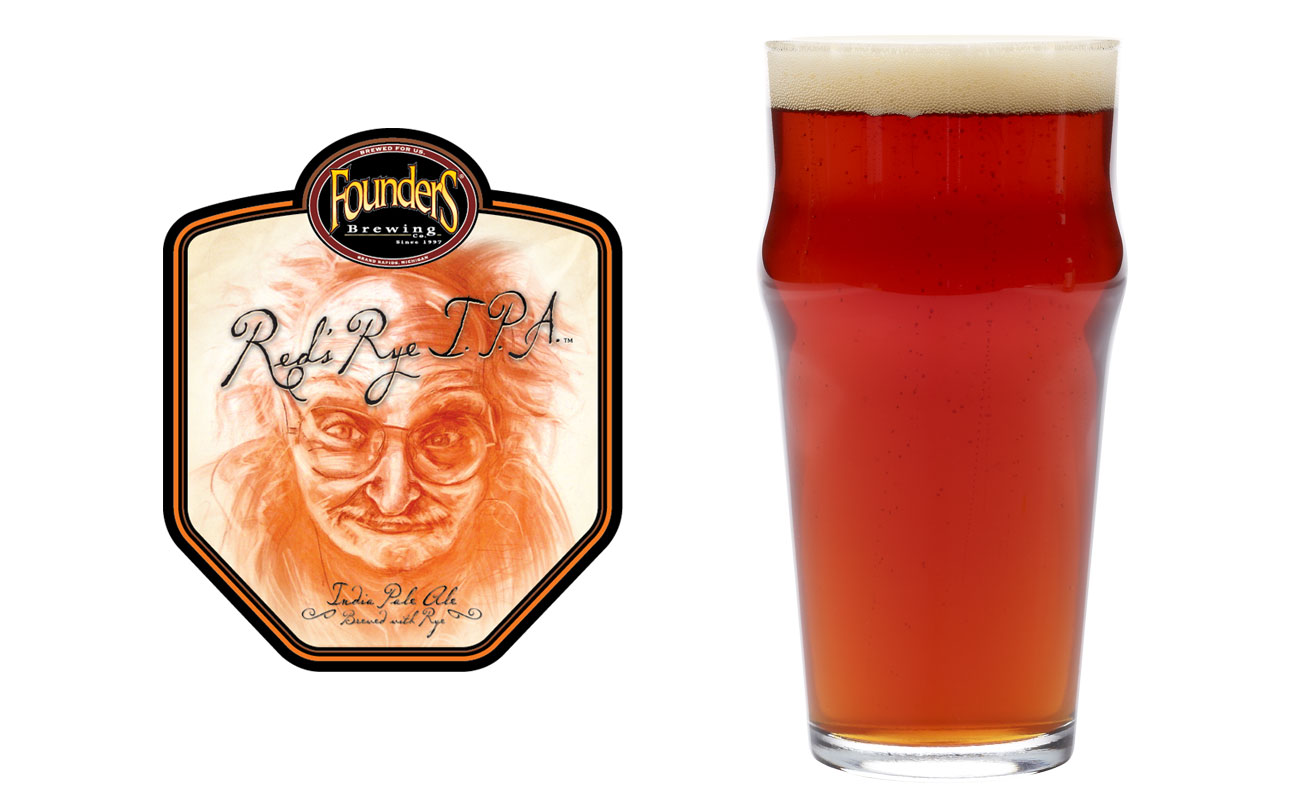 Red beers aren’t as popular as they once were, and red IPAs generally don’t impress me, either. But Founders added rye to theirs and made a fantastic brew that has that malty flavor red lovers like. I’m always willing to give any beer with rye a shot, as it adds a much different flavor to beer. Once again, Sierra Nevada comes in a close second with their Ruthless Rye IPA.

Next Week: Beyond IPA: Doubles, Triples, Old Ales and Danks