3 Country Music Artists I Think My Kids Will Like

There’s an article at PJ Media, sparked by my friends at Liberty Island, which asks the question, “Who Are the Greatest Country Music Artists Everyone Should Have In Their Collection?” The subhead reads: “Johnny Cash, Willie Nelson, Dolly Parton? Who are the best?”

I have all the respect in the world for these people, but let’s get real. Johnny Cash is dead. Willie Nelson is in his eighties. Dolly Parton is Medicare-eligible. Are they country music legends of the highest order? Of course they are. But are they who we should be talking about?

I am not saying we should not honor the greats of country music. Of course we should. I’ve got an iTunes player full of Johnny Cash and George Jones music. But I’ve also got two five-year-old daughters, and I live in by-God New Jersey, and I’m going to have a supremely hard time to convince them that country music is worth listening to.

I’m driving with them the other day, and they want to listen to the kids’ station on XM, and I turn it on, and for some reason known only to the Elder Ones, they’re playing “Eye of the Tiger” by Survivor, which is not what I’d classify as kids’ music, but whatever floats your boat. And they’re listening to it, and Child A starts complaining that the words of the song aren’t right.

And then, hand to God, she starts singing the chorus of the Katy Perry song “Roar,” which, indeed, talks about the eye of the tiger.

That’s what I’m up against. And if you tell me that the best way to stop my kids from listening to Katy Perry and start listening to country music is to get them hooked on the Stoneman Family, you’re wrong. I say that with the deepest respect, but you’re wrong and you need to maybe think about listening to something more current.

I was lucky, I guess. I grew up in the ’70s, bouncing around the North Texas prairie in my dad’s pickup, listening to all hundred thousand watts of WBAP in Fort Worth, with Paul Harvey on at noon, and listening to George Jones and Waylon Jennings and Merle Haggard. Add in some Kenny Rogers and Barbara Mandrell and you had yourself a well-rounded listening experience. But even then, country music was, objectively, kind of a hard sell. Take a look at this, if you dare.

If you didn’t click on the link, what you missed out on was Conway Twitty, on the old “Hee-Haw” show, singing what can only be described as a seduction ballad, while rocking an improbable toupee and mutton-chop sideburns, and wearing a pale-pink double-breasted polyester leisure suit and white cowboy boots. And he’s gently caressing the inside of his thigh. This was–and I say this very advisedly–considered to be perfectly normal at the time.

I want better than that for my kids.

So when they’re ready to start listening to country music, I’m going to break out three artists that I think they’ll like, and that are a good introduction to the genre:

Excellent musician, great sense of humor, and he’s got a firm connection to everything that makes country music great.

I’m a much bigger fan of his earlier stuff than his island-laced later stuff, but the man knows how to put feeling and heart in a lyric.

I know, he’s getting ready to retire, but nobody’s ever had a better career in country music, and I had to put a Texan on the list. When they’re older, and know a little better, I can start slipping some Robert Earl Keen and Lyle Lovett in the mix, and start throwing in some James McMurtry when they’re old enough.

Of course, by then, I’m hoping that the world will have changed a little, and that there’ll be new country music worth listening to, because there isn’t much of that being played on the radio right now. Eventually, times will change, tastes will change, and the focus will come back to tradition, the way it always does. Until then, you’re not getting my George Jones MP3s away from me without a fight.

In partnership with the new fiction publishing platform Liberty Island, PJ Lifestyle is going to begin promoting and co-hosting a series of debates and discussions about popular culture. The goal is to figure out what works and what doesn’t so that in the future we can promote and create better fiction and culture of our own. These are public brainstorming sessions for writers and culture advocates interested in developing a more vibrant popular culture. You’re invited to submit your answers to any of these questions — or a related one of your own! — that interests you:

A) in the comments

B) Via email to PJ Lifestyle editor Dave Swindle.

C) at your blog, then let us know in the comments or via email.

The most interesting answers may be linked, crossposted, or published at PJ Lifestyle. See this week’s previous questions, focusing on music: Wednesday’s “Who Are the Greatest Female Vocalists Of All Time?“ Tuesday’s “Who Are the Greatest Country Music Artists Everyone Should Have In Their Collection?“ and Monday’s Are Black Sabbath and the Rolling Stones Better Than the Beatles?

Also check out the previous weeks’ writing prompts and email in your thoughts on any questions that strike your fancy: 5 Geek Questions To Provoke Debates About the Future of Sci-Fi and Fantasy, 5 Controversial Questions To Inspire Spirited Debates About Music. 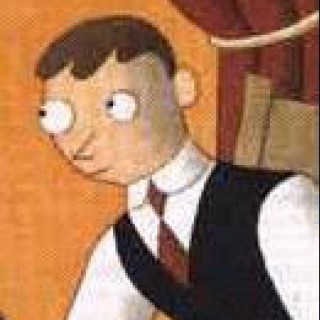 I am a fourth-generation Texan, born in San Antonio. I grew up in the black-dirt, strip-mall suburbs of Dallas County. To this day, if you ask me where I’m from, I will tell you, “Grand Prairie, Texas, home of the Fighting Gophers.” But most people aren’t impressed by this, for some strange reason.
Read more by Curtis Edmonds