The happiest of Fridays to you, dear Kruiser Morning Briefing readers. Let’s #TGIF the heck out of this thing.

The riots and protests that have been raging on, with activists demanding that American cities defund their police forces, are being carried out by a generation of American youth who have been indoctrinated with anti-American notions that were mostly planted in public schools. They were given the ability to grow even larger if the young person went to college. But the genesis of the problem is to be found in a public education system that is funded by American taxpayers of varying ideologies but controlled by radical leftist teachers’ unions.

While I have never been one to view anything as an existential crisis, I’ve more and more come to believe that the upcoming presidential election will be a watershed moment for the United States. If Joe Biden wins, it will be the complete triumph of decades of public education indoctrination. The drift of so many young Americans toward socialism and anti-American sentiment is the direct result not being taught real American history while being fed a leftist line that seeks to rewrite and/or whitewash much of what made this country great.

In the current public education environment, children are taught more about climate-change nonsense than they are about the founding fathers. Public education really isn’t education anymore, it’s more of a leftist catechism class.

Leftists go insane even if cuts to the Dept. of Education’s budget are suggested. It’s as if American children will no longer be able to read if the federal education overlords aren’t the executive producers of the show. Most don’t know that the Dept. of Education is a relatively new cabinet-level department, having been made one by Jimmy Carter in 1979.

It would be difficult for even the most ardent leftist to make the case that public education in America was suffering before that. We did, after all, manage to get to the moon without the help of Common Core math.

The public education indoctrination mills are currently embracing The New York Times‘ ahistorical “1619 Project,” which is so historically inaccurate it’s been thrashed by leftist academics. On Thursday, Sen. Tom Cotton took a step in the right direction and filed a bill that would defund any public schools that tried to indoctrinate students with this trash.

It’s not enough. Serious discussions about slashing the Dept. of Education’s $64 billion annual budget are in order.

The notion that federal-level involvement is integral to properly funding schools is absurd.

Back in those pre-Dept. of Education days public school teachers weren’t buying their own supplies. All that the Dept. of Education has introduced into the mix is the bloated inefficiency of the federal bureaucracy.

Public education is currently held hostage by the most evil organizations in America: teachers’ unions. The National Education Association is a nightmarish leftist political lobby that extorts money from all levels of government that are involved in education. The NEA’s primary mission is to make more money for the NEA, but it uses the “for the children” smokescreen to get its way.

The most powerful union in the far-left hellhole of California is the California Teachers Association. The status of the union and the politics of the state cannot be divorced from one another.

These unions are the people who control public education and they’re being funded mostly by the federal government.

Cut off their supply.

The New York Times agrees that there is a problem with public education, but they don’t think it’s the unions. They think it’s — drumroll please– white people.

When it comes to cabinet-level departments I would do away with, Education always tops the list. In the hands of its leftist union overlords all it does is turn out little future Soviets. The Dems hate Betsy DeVos so much because she isn’t in the unions’ pockets.

We’ll probably be able to get to Mars quicker if we do.

They Left England Just So They Could Make Money Being Famous

Meghan and Harry claim they are constantly followed by paparazzi, who have even cut holes in their security fences. https://t.co/kUuYSnt8ZT 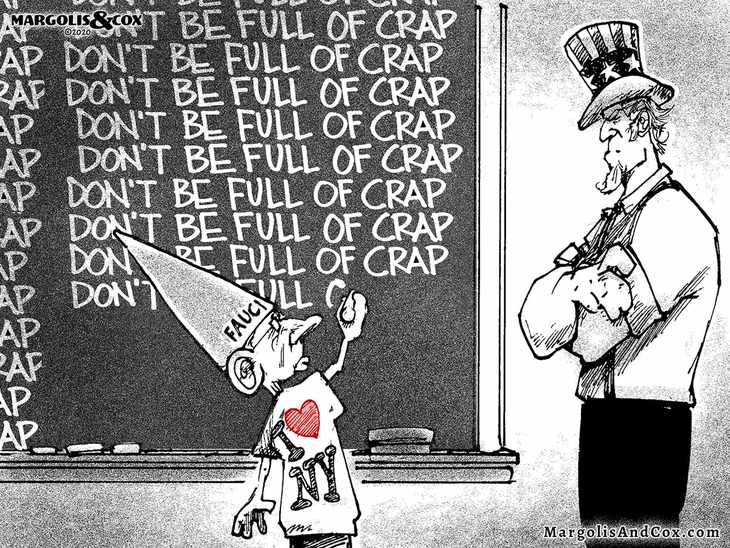 Same. The Pentagon Found ‘Vehicles Not Made on This Earth.’ Rubio Hopes They’re Aliens, Not the Chinese

DOJ Charges 4 Researchers with Hiding Ties to China’s Military; One Is Being Harbored at San Francisco Consulate

Again: der Bidengaffer is basically a klansman. The Top 7 Racist Comments Made by Joe Biden Over the Years

Poll: 62 Percent of Americans Are Afraid to Share Their Political Views

This guy needs to be hit with more tear gas, a Taser, and locked up. [Watch] Portland Mayor Goes to Riot in ‘Solidarity’ as Rioters Set Fire in His Honor

Did the Chinese Consulate in Houston Clandestinely Work to Stoke Racial Tensions in U.S.?

Will We See Another Kent State Incident?

New Evidence Suggests Humans Were In North America 30,000 Years Ago

Blood and Metal: Why 1641 Matters So Much to Understanding America’s Founding (Not 1619)

Me, at my kindest. Hillary Clinton Is the Herpes of American Politics

A True History of America and the West

Media Ignores Bias Of The Trace

No Matter What They Say, It’s Always About America, the Flag, and the Military

Can We Talk About How One GOP Congressman Introduced a Resolution to Ban the Democratic Party?

Put the Bath Salts Down: MSNBC Reporter Zeroes in On Why Trump Is Really Sending the Feds into Liberal Cities

Battle of Portland: As Clashes with Rioters Continue, Some Federal Agents Reportedly Have Permanent Eye Damage

BTW, Yoho was right. The Feud Between Yoho and AOC Rages on With the Congresswoman’s Latest Remarks

President Trump’s Operation LEGEND Generates Objections That Are Beyond Bizarre

Politico: Will A COVID-19 Vaccine Be Trump’s October Surprise?

Change my mind. Sec. Pompeo Claims WHO Director Was ‘Bought’ By China

‘Bring your flags!’ Are the Portland rioters trying to change their brand to patriotism?

‘JOKE of a take’! NBC News accuses Repubs of being silent on Portland, trips SPECTACULARLY over their own crap coverage

Official licensed NFL mask: ‘This face covering is not intended to prevent or protect from any form of illness or disease (or otherwise)’

I wouldn’t call it pizza but I would eat the hell out of this. Sushi Pizza

Meet the 4 frontrunners in the COVID-19 vaccine race

Atlas Coffee Club Shows You the World in a Cup of Joe, Starting at $9 a Month

Venezuelan bishop pleads for help: ‘Either COVID kills us or hunger kills us’

I’m still not sure why pretzels are a thing.

PJ Media senior columnist and associate editor Stephen Kruiser is a professional stand-up comic, writer, and recovering political activist who edits and writes PJ's Morning Briefing, aka The Greatest Political Newsletter in America. His latest book, Straight Outta Feelings, is a humorous exploration of how the 2016 election made him enjoy politics more than he ever had before. When not being a reclusive writer, Kruiser has had the honor of entertaining U.S. troops all over the world. Follow on: GETTR, MeWe, Gab, Parler,
Read more by Stephen Kruiser
Tags: EDUCATION UNIONS DEFUND THE POLICE
SHOW COMMENTS