President Trump is about to hit the road again and do what he does best — take his case to the people personally at a massive rally. As we discussed in last Friday’s Briefing, it is beyond past the time for him to get out there. Trump is the candidate that excels at retail politics, Biden is best kept out of the public eye, so the pandemic shutdown madness hasn’t been the greatest thing for the Trump campaign. He needs a rally or twelve to kickstart a plague-hampered push to the finish line.

The overwrought reaction from the media is proof positive that getting back on the campaign trail is the right thing to do. At bare minimum, it’s exposing their hypocrisy. After weeks of seeing thousands of people flood the streets for riots and protests that have been championed by the media, the prospect of a Trump rally has suddenly made the brave journalist class oh-so-concerned about COVID-19 again. 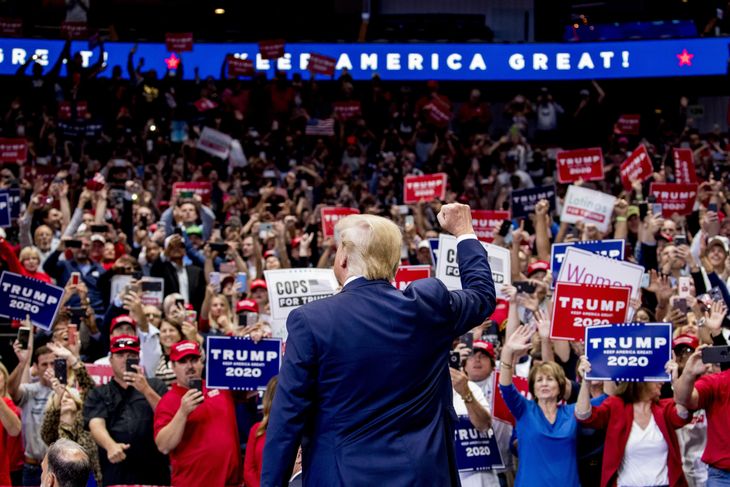 Megan detailed the hypocrisy in depth here yesterday. My favorite line from it: “COVID knows if you’re at a Trump rally or a BLM protest.” The duplicity is stunning even to those of us who have long been railing against media bias. Here is a tweet from Megan’s post that illustrates how awful it is:

Little over an hour apart. pic.twitter.com/K2a7fGRNDd

The hyperbole and hysteria that we all got so used to during quarantine days are back in full force now. The upcoming rally is being called a “superspreader event,” which sounds like “double-secret probation” from Animal House.

“Don’t go to the Trump rally, you’ll kill all the grannies!”

The way this is all playing out brilliantly illustrates Trump’s greatest strength: shedding daylight on just how awful the mainstream media in America is. They just can’t help themselves. They’re like those Sea Monkeys we use to play with when we were kids. They’re brine shrimp that start reflexively jumping around when you add them to water, helpless to behave otherwise. All of the mainstream media hacks are Trump’s little Sea Monkeys. 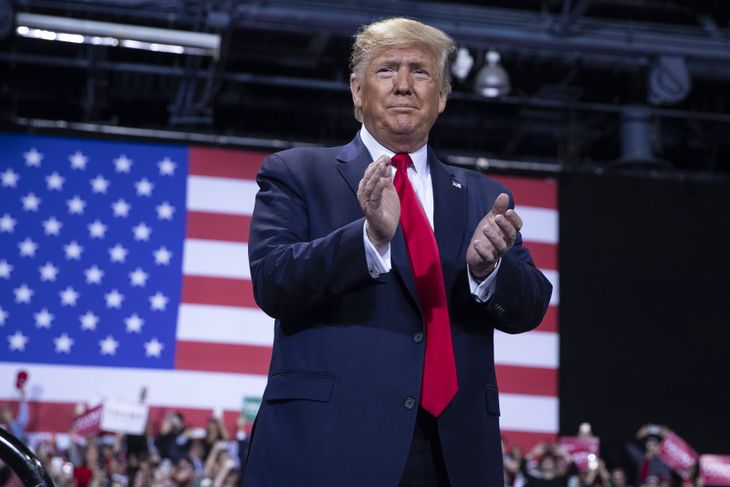 The most important thing about this upcoming rally is, as mentioned earlier, that it gets the president out of the pandemic funk and back on the campaign trail. It also forces the Biden campaign to make some tough choices about reintroducing Crazy Joe the Wonder Veep back into the wild. They know they’ve had a sweet gig these past few months and they are almost certainly trying to prolong it as long as possible.

They can buy themselves another week or two with the media pretending that every Trump rally is a COVID-19 nuclear bomb, but the optics of the president being in front of tens of thousands of adoring fans can’t be left unchallenged for too long. Then again, a Biden rally isn’t going to get 800,000 ticket requests.

The ideal situation — one which is likely to happen — would be for thousands of protesters to hit the streets again at or near the same time as Trump’s rally. His campaign can get pictures of all of it and highlight the press hypocrisy.

Gorsuch is going to dress as David Souter for Halloween: Scalia Rolling Over in His Grave: Gorsuch Leads ‘a Brute Force Attack on Our Constitutional System’

Black Professor To Mark Levin: No Pattern of Epidemic Racism Among Police

How the Riots Crushed Coronavirus Testing

Governor Andrew Cuomo Is Talking, No One Is Listening, and de Blasio Is Not Helping

Who Did This? Dr. Frasier Crane Returns To Seattle Airwaves To Solve CHAZ Unrest

Jon Stewart Regrets Trying to Live Up to ‘The Evisceration Expectation’

Today in History: Islam Ascends Over a European Field of Carnage

More Than Half of Democrats Support Defunding the Police, And That’s a Problem

LAPD Morale at “Rock Bottom” After Officers Stiffed on Overtime; Some “Cancelling” Their Shifts

D.C. Police Figure Out A New Kind Of Gun Ban

The Left Isn’t Anti-Gun, They’re Anti-You Having A Gun

Three Disgusting Anti-Cop Shirts Amazon Is Allowing on Their Platform

Ignorant and unhinged is a recipe for disaster. It’s Happened: Abraham Lincoln Statues Become Target of the Left-Wing Mob

How long before they regret this? The NYPD Anti-crime Unit Is Being Disbanded

Former NBA Player: 2020 Season Would ‘Take the Attention Off What We Fighting For’

Fingers crossed…Calling It Now, Trump Is Going to Win

Watch and Cringe: Leftist London Leader Supporting Removal of Churchill Statue Doesn’t Know Who He Is

Surgisphere, The Company Behind The Retracted Hydroxychloroquine Study, Is No More

Tim Scott: No One Will Dismantle Qualified Immunity, Either

Five Risks To Consider Before Venturing Out During The Pandemic

I was hoping there was going to be a story about rapping Polish nuns this week. Poland’s nuns join challenge, make rap videos to help health care workers

‘A law YOU voted for’: Betsy DeVos drops truth-NUKE on Schumer’s pointy head in back and forth over COVID-relief for DACA

Will the Real Joe Biden Please Stand Up?

Make it stop. Peloton will now allow users to identify as nonbinary

But they’re not biased, or something. Facebook censors, threatens Disrn for sharing W.H.O. official’s exact words

Coworkers On Zoom Trapped In Infinite Loop Of Telling Each Other ‘Oh Sorry, No, Go Ahead’ https://t.co/exLHR4oDxC pic.twitter.com/9KPPZwV8xv

Joan never, ever lost it as she got older. Hadn’t seen this. DYING. (LANGUAGE)