Will Columbus Feed Their Police Officer to the Mob or Stand for Law and Order?

Well, that didn’t take long. The jury in the Derek Chauvim case deliberated for less time than some people take to figure out what they’re having for dinner.

Outside the courthouse, activists demanded all kinds of things.  The Blaze’s Sara Gonzales hosted a video in which a BLM speaker was demanding control over the Minneapolis police. Pay attention. When BLM isn’t adding to their real estate portfolio, they are now saying the quiet parts out loud. They want CONTROL. They want POWER. To some activists, anything short of that is unacceptable.

It didn’t take long to forget that near the Minneapolis courthouse a church burned down before the Chauvin verdict was read. That’s not ominous at all, is it? Anyone care to ask Maxine Waters about that one? That’s pretty in-your-face and confrontational, right? Arson? Bad electrical? Only time will tell.

Another thing that didn’t take long is the newest high-profile incident the media decided to go balls-to-the-wall with in Columbus, Ohio, where a Columbus Police Department officer was called to the scene for a black female wielding a knife— a deadly-force encounter. He shot the knife-wielding subject, 16-year-old Ma’Khia Bryant, and stopped her from harming the two people she was trying to stab as well as anyone else she may have gone after. Also, style points to the decedent’s foster father, who can be seen on the right of the screen trying to kick a downed female in the head in front of the police. He’s an exceptional role model.

Predictably, before any/all facts came out, the outrage machine was in full swing. Microphones were stuck in faces and people were giving first-hand accounts of “what had happened.” Only the body-worn camera footage showed the truth.

What I didn’t predict, and I don’t think any rational person could have predicted, was the number of sitting politicians, former Democratic operatives, and blue checkmarks online doing mental gymnastics, tying themselves up into the shape of a freaking pretzel to justify knife fights as simply good ol’ fashioned horseplay.  Only it wasn’t a knife fight. It was an attempted stabbing/attempted murder caught on a body-worn camera for the world to see.

I won’t address the other moronic “why didn’t the cop shoot her in the leg,” other than to say two things: one, stop watching so much TV and two, NO POLICE DEPARTMENT IN AMERICA is taught to shoot to wound a leg, nor is anyone in the military. Read it again. For the slower students, read it a third time. Police officers are trained to shoot center mass to stop the threat—as quickly and as efficiently as possible. Any other arguments you read, hear, see, or imagine are null and void—even if a rich athlete with his own shoe says otherwise.

So here we go again. The ball is in your court, Columbus, Ohio. You have two choices and ONLY two choices.

Are you going to bend the knee and feed your officer to the mob, hoping that quells them? Or are you going to stand for law and order for your ENTIRE community with full knowledge that if you do, throngs of people (most of whom have never set foot in Ohio much less Columbus) are going to take to your streets soon? They will march (if last summer is any indication), burn down buildings, loot, and act the fool in your streets.  The world is watching. Act accordingly. 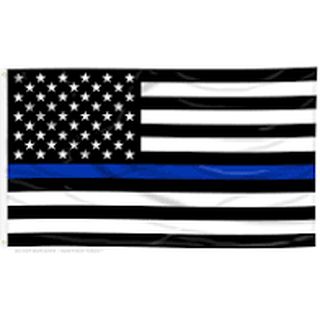 “Brady White” is the pseudonym of an active-duty police officer. He is on Twitter at @iambradywhite and can be reached via email at [email protected].