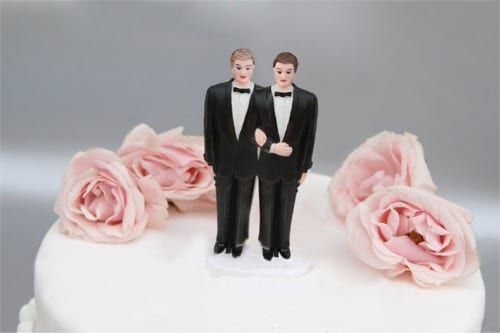 The Tea Party’s success has been due in no small part to its avoidance of social issues. By focusing on economics and the rule of law, the movement maintains a broader appeal than previous conservative coalitions.

It is so taboo to discuss social issues within the Tea Party that activists sought for comment fled from this author. Some feared that exposing their positions on social issues might undermine their viability within the movement.

Nevertheless, Tea Partiers do have positions on issues like gay marriage, abortion, immigration, and drug control. Those positions differ one Tea Partier from another, and can be diametrically opposed. Rather than engage in those arguments, Tea Partiers seek to preserve their coalition by focusing on points of agreement.

An evangelical Christian, an agnostic libertarian, and a Randian objectivist may all agree on repealing Obamacare. But it is unlikely that they arrive at that position in the same way. The differences among their moral codes are not readily apparent so long as their conversation is confined to economics. However, when you throw issues like abortion or drug control into the mix, the differences become stark and arguments result.

For this reason the question of what a Tea Party social policy might look like quickly reaches an impasse. The simple fact is, there is too much philosophical diversity within the movement to craft a coherent social policy. Otherwise, it probably would have been done. Nevertheless, the principles embraced by the movement can be applied toward how social policy is made.

Appealing to states’ rights may seem like a cop out, as it sidesteps taking a position. However, a greater concern than any particular social issue may be the overall health of our republic.

Our constitutional framework has endured for more than two centuries while many others have come and gone. The secret of our success is the durability inherent to our system. On one axis, there is the separation of the executive, legislative, and judicial branches. On the other, there is the division of power between the federal, state, and local levels. Taken together, these combine into a kind of basket weave which is strong but flexible, able to endure social change by bending without breaking.

The Left has worked hard over the last century to replace that flexible federal framework with a rigid national one. Want to define marriage in your state? Not if a federal judge has anything to say about it. Even policy as mundane as the minimum drinking age isn’t free of federal influence. The net effect is that state residents no longer live under the laws of their creation. New York sensibilities dictate social policy in Tennessee. The ability to vote with our feet has been incrementally diminished, and even denied.

As a result, the stakes of national debates have risen to ridiculous levels. Supreme Court nominations have become carnival coronations. Congress has crowded out the role of state legislatures. Any sense of national unity has given way to partisan animosity in a contest to control a national oligarchy. This is why so many have noted that our political discourse is more polarized than ever, because there is more at stake then ever. That’s what happens when you take away the ability of states and municipalities to set their own rules.

The argument for a renewed federalism is one which a broad spectrum of activists should be able to embrace regardless of their positions on particular issues. It enables each state to experiment with different policies and meet the particular needs of their residents. The success of those policies are then vetted by people’s willingness to live under them. 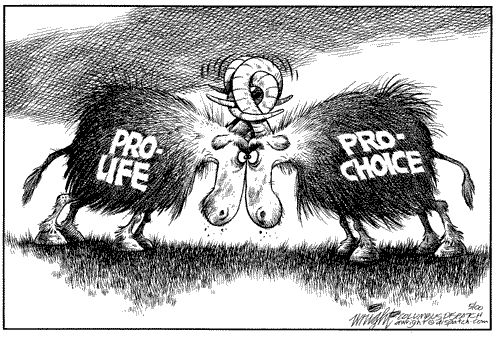 Of course, moving the forum for argument from Congress to legislatures still leaves open the question of what positions Tea Partiers might take and how they might argue them. There are a variety of answers.

The dividing line on abortion is the same within the Tea Party as it is outside it. The issue always comes down to whether or not the unborn are human. If they are, then their right to life must be protected the same as anyone else’s. If the unborn are somehow subhuman, an argument can be made that their mothers ought to be able to terminate them. In either case, the argument rests upon presupposed rights. The pro-choice position touts a woman’s right to make medical decisions concerning her own body. The pro-life position presupposes the right of the unborn to live. What everyone within the Tea Party seems to agree on is that people have rights, even if they can’t all agree that the unborn are people.

Marriage is another issue argued from presupposed rights. Gay activists pursuing a redefinition of marriage cite the constitutional requirement for equal protection under the law. Traditional activists point out that individuals are equally protected, since they may marry members of the opposite sex whether inclined to or not.

Often lost in the marriage debate is discussion of whether the government ought to have a role at all. Like so many issues in our political discourse, the perceived problem to be solved with government was created by government.

Why do many gays want to redefine marriage? Their list of concerns can be categorized as contractual and social. They want to assign rights to their partners to make medical decisions or to inherit wealth. But they also want the same tax breaks and government benefits allotted to married heterosexual couples. The contractual concerns are easily addressed by merely enforcing contracts and protecting property rights, things Tea Partiers tend to support. The social concerns are another matter.

Demands for tax breaks and benefits are progressive chickens come home to roost. When government endorses behavior through fiscal policy, it invites calls to endorse more. If there was no social engineering via the tax code, if there were no entitlement programs, then there would be no pot of gold at the end of the marital rainbow.

That said, if there is a behavior the government ought to endorse, enduring marriage is probably it. Stable procreative relationships are of obvious benefit to children and neighbors alike. However, there is a provocative argument that government’s endorsement of marriage concedes the Left’s fundamental tenet that the state ought not just protect our rights, but guide our lives.

Immigration could likewise be addressed by reevaluating the fundamental role of government. Perhaps we should build a fence. Perhaps we should go after employers. But these are reactive measures which attempt to dam the flow while ignoring its source. Why do people come here? The obvious answer is jobs. Yet there is more to it than that. People who come here illegally are able to obtain invaluable government benefits including health care and education. In addition, their illegal status precludes legal employment. Illegals don’t do the jobs Americans won’t. They do the jobs Americans can’t due to intrusive government regulations which make would-be jobs illegal. 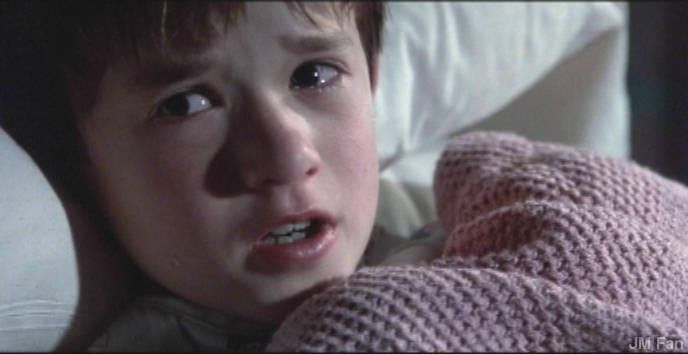 I see progressives walking around like regular people. They only see what they want to see. They don't even know they're progressive.

Perhaps the best example is the minimum wage. Minimum wage laws presuppose that someone is willing to work for less and keep them from doing so. The unintended consequence is a black market for labor which illegal immigrants are suited toward. After all, if it’s criminal to hire them, why stop there?

Lifting wage restrictions, phasing out entitlements, and securing the right of free association would go a long way toward eliminating illegal immigration. More than that, it would improve the quality of the immigrants we would see. People would come here knowing that they had to work, that they had to compete for jobs on an even playing field with Americans, and that no level of success was guaranteed. Talk about incentive to assimilate.

Many other issues can be argued along similar terms. Of course, not all Tea Partiers would agree. There is certainly a strong streak of right-wing progressivism within the movement which echoes the temperance movement of a century ago. The Tea Party sits religious moralists alongside libertine Paulestinians and sees ecumenical revivalists joining hands with atheistic intellectuals. While all agree that government is too big and has intruded too deeply into our lives, different factions have distinct visions of government’s ultimate role in our lives.