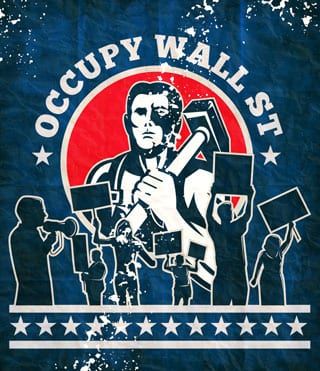 Larry Summers won’t be the next chairman of the Federal Reserve. On Sunday, he informed President Barack Obama that he was withdrawing his name from consideration.

There were plenty of substantive reasons to oppose Summers’ possible selection, not the least of which was his role in creating our current Keynesian policy-driven economic malaise. Of course, the left complains that if only the 2009 “stimulus” had been much larger, something Summers opposed, we’d now be better off. Sure, guys. More Keynesian “stimulus” would only mean we’d now be reeling from even more than the $5.3 trillion in budget deficits and $6.1 trillion in national debt increases accumulated since Barack Obama took office in January 2009.

As I noted last week, key output and employment statistics during the current alleged economic “recovery” more closely resemble what the nation experienced during the 1930s than any of the recoveries seen since World War II. The common factor in both eras? Reliance on large-scale Keynesian stimulus, which in each case stimulated nothing but prolonged misery.

The real reason that Summers, who started out as President Obama’s favorite for the post, didn’t even get to the starting line has nothing to do with merit and everything to do with the left’s determination to preserve its fundamentally false narrative about what caused the financial crisis of 2008. You see, Larry Summers’ biggest sin was that he had a “past role in financial deregulation.” In Leftyland, interstate banking deregulation, with accompanying “Wall Street greed,” is entirely to blame.

The truth is that deregulation is a far distant third on the list of contributors, and would never have been a relevant factor without government regulators’ aggressive handling of the Community Reinvestment Act (CRA) and the conduct of “government-sponsored enterprises” Fannie Mae and Freddie Mac.

In June 2009, John Carney at Business Insider posted the definitive essay on how federal officials’ and regulators’ zealous use of CRA eventually ruined the entire mortgage lending market by forcing the industry to make loans to unqualified buyers. Here are his key points:

… (CRA) evolved over the years from a relatively hands-off law focused on process into one that focused on outcomes. Regulators, beginning in the mid-nineties, began to hold banks accountable in serious ways. Banks responded to this new accountability by increasing the CRA loans they made, a move that entailed relaxing their lending standards.

… the lax lending standards created in response to the CRA … dug a pit that was waiting to get filled when the circumstances were right.

… The regulators charged with enforcing the CRA praised the lowering of down payments and even their elimination. They told banks that lending standards that exceeded that of regulators would be considered evidence of unfair lending. This effectively meant that no money down mortgages were required.

… banks were expected by regulators to relax income requirements. Day labors and others often lack reportable income. Stated-income was a way of resolving the gap between actual income of borrowers and reported income.

… (Ultimately) the CRA required lax lending standards that spread to the rest of the mortgage market.

It is no coincidence that the number of subprime loans, which barely existed before 1995, exploded. Regulators also enthusiastically embraced especially risky “low doc” and “no doc” loans, which came to be known as “liar loans.”

Fannie Mae and Freddie Mac did their part by lowering borrowers’ credit score approval thresholds in their automated underwriting systems for loans they would purchase from originating lenders. The key changes, according to a mortgage brokerage executive with whom I spoke in 2006, involved reducing the conventional loan threshold from a FICO credit score of about 670 to 630 and the subprime threshold from about 630 to 590 (other online sources I’ve found indicate that each threshold may have actually been an additional ten points lower).

But Fan and Fred, whose combined loan portfoliios grew to  over $5 trillion by they time they collapsed into government-supervised insolvency on September 7, 2008 — the real point at which the housing bubble turned into a financial crisis — took matters even further by deceiving the bond ratings agencies and financial markets about the quality of their securitized offerings. Specifically, in 2009 research later confirmed as fundamentally accurate:

… Edward Pinto, a former chief credit officer for Fannie Mae and a housing expert, has found that from the time Fannie and Freddie began buying risky loans as early as 1993, they routinely misrepresented the mortgages they were acquiring, reporting them as prime when they had characteristics that made them clearly subprime or Alt-A.

In a September 17 column, normally astute economist Robert J. Samuelson, while acknowledging that they were “the exception, not the rule,” noted that in the latter stages of the home-lending bubble, “banks and investment banks (‘Wall Street’) knowingly packaged bad home mortgages in securities that were then sold to unsuspecting investors.” But he failed to recognize that the dollar volume of Fan’s and Fred’s known 15-year deception dwarfed any latter-stage fraud in which “Wall Street” may have engaged.

The bottom line, as Peter Wallison observed in the Wall Street Journal in October 2011 as the Occupy movement was playing “pin the blame for everything” on “Wall Street,” is that “reckless government policies, not private greed, brought about the housing bubble and resulting financial crisis.”

Obama himself played along with the “deregulation did it” fiction by identifying September 14, the fifth anniversary of the failure of Lehman Brothers, as when the financial crisis officially began. When he did that, it was a foregone conclusion that Summers would have to walk the plank. Alinsky-trained progressives know that preserving the narrative is far more important than any one person’s qualifications or career.

Summers apparently knew that his duty to the cause was to fall on his sword. And he did.