Don't Call It the Obama Economy: It's Not His Fault

Okay, I admit it. America continues to endure what has been the worst post-World War II “recovery” ever.

But you people out there who are laying this on our president, who is doing everything he can when he’s not playing golf or picking NCAA tournament brackets, are way out of line. I know this because the establishment press, which sees all and knows all (just ask ’em), virtually never cites Barack Obama, his administration, or his policies when there’s bad economic news.

I know, seven quarters after the recession officially ended in June 2009, the economy has generated only 245,000 seasonally adjusted jobs. Over 500,000 of those jobs have come from one sector — temporary help services: 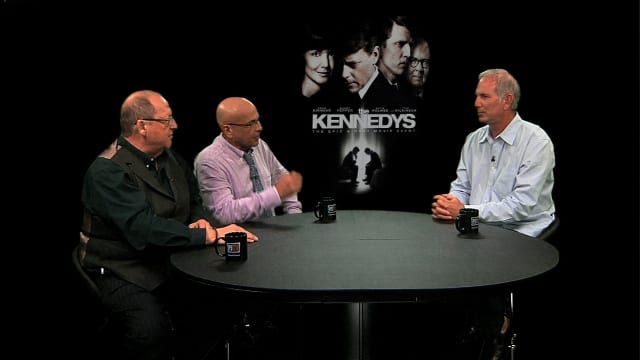 All right, so if you take away the temps, the economy has still lost jobs since the recession ended. (Here’s the breakdown of the remainder: the rest of the private sector, up 128,000; the president’s best buds in state and local government, down 429,000; and the federal government, up 38,000.)

But it’s not Barack Obama’s fault. It’s you free-market conservatives who are always whining about uncertainty who are to blame. You’re the ones who are causing employers to resist taking on full-time workers and to avoid hiring the long-term unemployed, and it’s your nonstop negativity which has caused 2.33 million people to leave the workforce in the past twelve months. On Sunday, economic icon Paul Krugman said that “uncertainty is just a myth being made up to blame this on Obama.” Do you ever see the business or economics writers at the Associated Press or elsewhere citing administration-induced uncertainty as a reason why people can’t get jobs? Of course not.

I’m sure you wingnuts can’t wait to crow about how, during the seven quarters after the last serious recession ended in the early 1980s, the economy under Ronald Reagan added 5.29 million jobs, including 5.09 million in the private sector. Big freakin’ deal. Relatively speaking, Reagan had it made. All he had to face was 13% inflation, 21% interest rates, the malaise of the previous administration, and a Congress dominated by the other party. Just because Obama came into office with low inflation, low interest rates, low gas prices, and a Democratic Congress doesn’t mean he had it any easier.

Why, look at the housing mess he inherited: a market awash in foreclosures, underwater mortgages, and moribund building activity. I know what you wingers are going to say next: Two-plus years later, we have 1.9 million homes in foreclosure, 23% of mortgaged homes underwater, and a double-dip in new homebuilding. Well, just ask Julie Schmit at USA Today why this is the case. She’ll say it’s because foreclosed homes are depressing existing-home prices; first-time buyers are being turned down by those mean old bankers who expect to get repaid; and heartless appraisers won’t inflate homes’ values.

The market’s disarray has absolutely nothing to do with Obama’s Home Affordable Mortgage Program (HAMP), which has only reached 600,000 of the 3-4 million homeowners it was supposed to help. Yeah, I know: “About half of all trial modifications extended through HAMP are canceled,” and “the re-default rate for HAMP mortgages is significantly higher than average.” So what’s your point? If Julie Schmit or the real estate writers at the Associated Press or Bloomberg thought that HAMP was relevant to housing market conditions, they would say so, and they haven’t. So there.

And don’t even try to claim that the still-bad housing situation is in any way related to the $20 billion shakedown — did I say “shakedown”? I meant “proposed settlement” — with those greedy lenders who screwed up their foreclosure documents. Hey, if Lizzie Warren, her untouchable, unaccountable fiefdom, and state attorneys general can force them to cram down enough homeowners’ principal balances to levels they can afford, those homeowners and their families in 2012 will vote to reelect Oba — I mean, uh, well, they’ll feel better about themselves.

You guys probably believe that gas prices, which have doubled since Obama took office, are also his fault. Well, I’ve got news for you; you’re right about that one, and he’s proud of it (in the company of right-thinking, and that means not right-wing, people). That’s because  this time it’s different, and the press knows it. In 2008, they properly blamed George W. Bush, his Big Oil buddies, and their obscene profits on a daily basis for the price run-up. But they know that this administration is letting prices increase for a noble cause.

Barack Obama, Secretary of Engergy Steven Chu, and Interior Secretary Ken Salazar are intent on weaning us off of evil, globe-warming fossil fuels, and they’ll do it by hook or by cr — well, by any means necessary. That’s why they slapped a moratorium on new Gulf oil drilling last year, and issued another one when a silly federal judge said they couldn’t do it. It’s also why they’re moving really slowly on new Gulf permits, revoking or preventing coal and other energy projects, and delaying — oops, I mean “studying” (wink, wink) — fracking. What more can these guys do? You can’t honestly believe that these actions are hurting the economy and jobs. Surely the business press would be telling us if this were the case. But they’re not. Besides, who are you going to believe, a bunch of knuckle-dragging Tea Partiers and bought-off energy zealots, or Nobel Prize winners Obama and Chu?

You righties probably think that Team Obama has ruined General Motors too, just because Ford outsold GM in March. Well, I have to admit that $84 billion doesn’t seem to go as far as it used to. But I can assure you that the people who claim that the administration forced GM management to devote too much of its precious time and attention to the poor-selling Chevy Volt could not be more wrong. You didn’t see it in the press, so it obviously never happened, never mind the management turnover or those longtime GM employees upset at being called “Government Motors.” (I don’t understand why they act as if being government-controlled is a bad thing.)

And just you wait until Obama, who just dictated (did I use that word? Oops) that all government vehicles will be “alt-fuel” by 2015 — well, almost all — gives away Volts to everyone in America. That’ll fix Ford’s little Blue Oval.