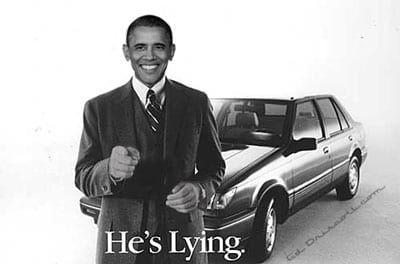 Hollywood, in all its timid lack of creativity, likes nothing better than a reboot. That is, taking some beloved old TV or movie, slapping a fresh coat of paint on it — usually in the form of a big budget and some big names — and calling it new.

Sometimes, you get epic popcorn fare like 2009’s Star Trek. It might not have been the best Trek movie ever, but the new actors stayed true to old beloved characters, and brought youth back to a franchise that had long gone geriatric.

Sorry. I got distracted there.

What I do mean is the 1998 movie reboot of the classic ’60s British television series, The Avengers. In that one, we had the horribly miscast Ralph Fiennes playing Patrick Macnee’s dashing John Steed with all the charisma of a wet boot. It also starred the horribly miscast Uma Thurman as Diana Rigg’s super-sexy Emma Peel with all the sex appeal of, well, a wet boot. Together, Fiennes and Thurman produced the same sparks as one brick laid down in the vicinity of another brick. Director Jeremiah S. Chechik went on to have a long career of directing handfuls of episodes of TV shows you probably don’t remember all that well.

Are the results more Star Trek, or more The Avengers?

I’ll walk you through what I went through on Sunday morning. I was fortunate to have picked Sunday for my little adventure, because HealthCare.gov was taken down for 11 hours during Saturday’s reboot. I’m trying very hard not to let that failure color any of my perceptions. The site also didn’t crash on me like it did for CNN on Sunday, so I had that going for me, which was nice.

The new (and improved?) site is bereft of Vaguely Ethnic Smiling Woman, replaced instead by four friendly looking icons which could have come right out of Apple’s polarizing iOS7 mobile operating system. Whether that’s beauty or not is in the eye of the beholder. My employer provides a plan I like, which I intend to keep so long as The Authorities will allow, so I clicked on “See Plans Now.” Everybody window shops on the web, and HealthCare.gov should be no different.

The next page came up very quickly. In part that’s because I spring for a top-of-the-line internet connection, but mostly it’s because that page is just static text and the typical social media sharing buttons. In other words, my shopping experience begins with one of the oldest web features ever: The dreaded FAQ. Amazon.com, this ain’t.

So I’ll still need to present my Social Security number and who knows what else, to a site whose security is still questionable. This isn’t just me being a paranoid member of the right-wing hate machine. An Investor’s Business Daily report from Friday says:

The latest IBD/TIPP Poll finds that 78% say Americans should be worried about the security of the Obamacare exchange website, and 53% say they should be “very concerned.” This view was shared across parties, with 69% of Democrats saying security concerns are warranted.

More worrisome for the law’s success, 82% of those aged 18-24 say concern is justified. These are among the people Obamacare most desperately needs to enroll to keep overall premiums from spiraling out of control.

I’m getting a little nervous here about punching in my Social Security number, and not just because my neighbors are worried, too. IBD goes on to report:

Morgan Wright, CEO of Crowd Sourced Investigations, told lawmakers that Healthcare.gov had more than 500 million lines of code — more than 20 times as much as Facebook (FB) and nearly 10 times as much as Microsoft (MSFT) Windows 8 — and that this complexity made it ripe for hackers.

Wright also warned that there was no “clearly defined and qualified security lead” at the site, which he said was “inconsistent with accepted practices.

It’s at this point that I considered not just closing my HealthCare.gov browser window, but having my computer’s memory wiped like C-3PO at the end of Revenge of the Sith. I’m also thinking I want a new idea for today’s column, but it would be unfair to poke our managing editor this early on a Sunday morning, even if he was the one who insisted I write a weekly Monday morning column.

So I figured I’d try something new, and open HealthCare.gov in one of Chrome’s “Incognito” browser windows, which promises a greater degree of privacy. HealthCare.gov promptly took me offsite, but not because I’d gone Incognito. Instead, I’m lucky enough to live in Colorado, which enjoys one of Obamacare’s best and most efficient state-level websites. Of course, we’re grading on a curve here. ConnectForHealthCo.com was expected to have sold insurance plans to between 11,108 to 30,944 Coloradans, but managed to sign up only 6,001, half the expected bottom-range figure. How many of those are simply enrolling in expanded Medicaid coverage, rather than becoming paying customers, isn’t a number anyone has yet revealed.

One of the first things I see on the site is a blurb from Loveland, CO, resident Lynne Morrell, who is quoted saying, “The cost savings is fantastic with the subsidies.” This has me seething earlier than expected, because I know my wife and I make too much to qualify for any subsidies — which are the only way any of Obamacare’s overly generous (in terms of services covered), yet surprisingly stingy (in terms of premiums and deductibles and copays) plans can be made affordable for us.

It’s at this point I decide to lie. Because lying to HealthCare.gov is the only safe way to report to you about HealthCare.gov. Picture Joe Isuzu selling for one of those pyramid sales companies and you’ll get an idea of how Obamacare works.

I go to the shopping tool, and tell it I live in Laramie County, WY. Wyoming is a Rocky Mountain state like my own, and Laramie seems to have a similar population to that in my neck of the woods. The first thing I notice is that HealthCare.gov is snappy, if a little dated-looking. But I must admit that it is snappy. The second thing I notice is that my wife and I, the proud parents of two small children who will never have any others, will be the happy recipients of maternity and newborn care benefits. Or to be more precise, we’ll be paying for somebody else’s. There’s also the vague promise of “preventative care,” which I hope covers the blood pressure medication I feel I’m about to need.

Thirdly, I’m presented with an IMPORTANT NOTE (caps in original) that “the prices here don’t reflect the lower costs an applicant may qualify for based on household size and income.” Thanks for grinding it in that I won’t be receiving any subsidies.

On the next page I’m told that “most people who apply will qualify for lower costs.” There’s a chart next to that detailing exactly how I won’t be qualifying for any lower costs, and below that another IMPORTANT NOTE (caps still in original) that “the prices here don’t reflect the lower costs an applicant may qualify for based on household size and income.”

Seriously, where’s that free blood pressure medicine I’m pretty sure I was promised?

The next page outlines — all-too-briefly — the five plans I have to choose from. There’s the Catastrophic Plan, which I would like to buy but which I am forbidden by law from buying. Then there’s Bronze, Silver, Gold, and Platinum. I’m looking for Liquor, but coming up short. Below the brief plans sketch is another IMPORTANT NOTE (caps all still in original) that “the prices here don’t reflect the lower costs an applicant may qualify for based on household size and income.”

I click through to the next page — I’ve lost track of how many clicks that is now — where I’m finally shown some actual plans with actual prices.

(Years ago, I gave Amazon my address and my credit card number, and they gave me One-Click Ordering on every single page. Just sayin’.)

Thanks to Obamacare’s complicated scheme of subsidies and tax breaks, even after an hour of shopping I don’t really know what I’m buying or how much it’s going to cost me. I can’t really know. And there’s another one of those notices (fortunately without the Caps Lock on this time), alerting me that “All health plans and stand-alone dental plans may not be available at this time, due to technical issues. We’ll update this information as soon as it’s available.”

Well, I’m certainly not going to buy anything today based on that, I can tell you. I mean, even if I did need insurance. And even if I weren’t lying my skinny bottom off just to get as far along in the shopping experience as I managed to get.

And… that’s it. That’s as far as I’m able to take you, gentle reader, on our voyage through the new & improved HealthCare.gov. There are no more Next buttons. There is no more information to be gleaned. My insurance options remain a riddle, wrapped in a subsidy, smothered in regulations.

To take you any further I would have to go back to where I began, and provide Uncle Sam with my email, Social Security, income, and all the rest of my hacker-friendly information. And I’m sorry, but I’m not willing to risk all that just for the sake of a story.

The remaining question is will young, healthy Americans risk all that just for the sake of coverage they don’t want? The IBD report I quoted above indicates that the answer is a big, fat, digital “NO!” Snappy, too.

One of the ideas behind Obamacare is that when it comes to insurance, “we’re all in this together,” because that’s how the risk pool can be made big enough to make premiums affordable. But when it comes to finding out what those premiums might actually be, well… in that case, bub, you’re on your own.

So what kind of reboot do we have here? Is it Star Trek or is it The Avengers?

That’s a good question, and I’d love to be able to answer it. But unlike Hollywood, which trumpets every hit and even every bomb with great fanfare, Obamacare is keeping the box office results in the bottom of a locked filing cabinet stuck in a disused lavatory with a sign on the door saying “Beware of The Leopard.”

Perhaps NBC, always a booster for our president and his polices, could re-reboot it as “Insurance, She Wrote.”