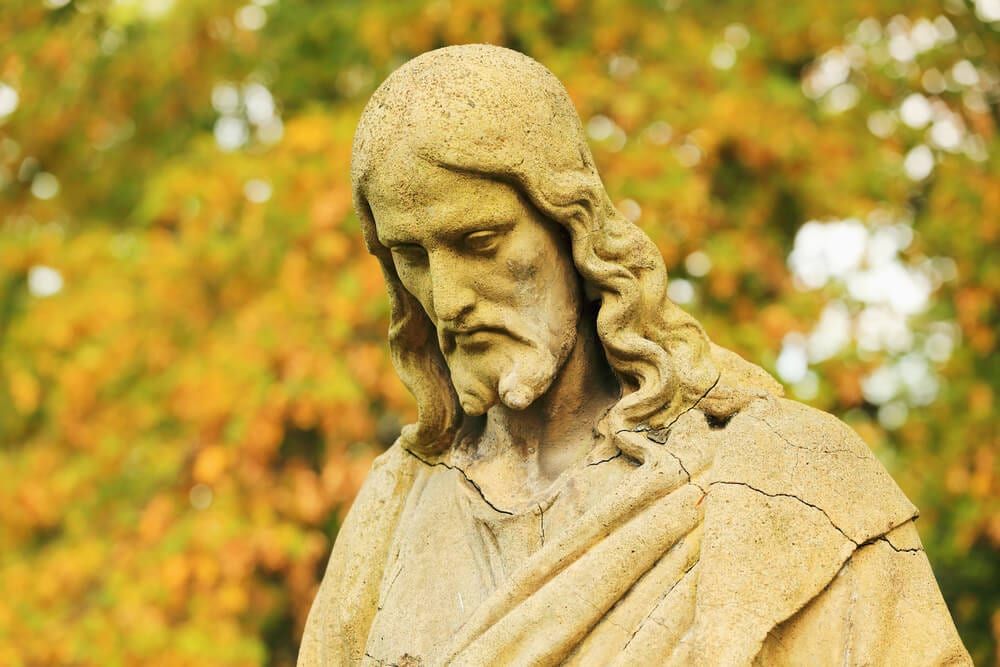 A picture of Jesus Christ that hung in a hallway of Royster Middle School in Chanute, Kansas, for decades has been taken down after an atheist-backed organization threatened court action if it was not removed.

Coincidentally or not, it was another print of the same painting, “Head of Christ” by Warner Sallman, that prompted a similar threat from the same organization toward another public school district.

A website of Sallman’s work describes the painting as being “by far the most popular” of the artist’s work. Its publishers say the painting has been reproduced as prints more than 500 million times.

But this print, which had been hanging in Royster Middle School longer than anyone in the town of Chanute can remember, was one print too many for the Freedom From Religion Foundation.

“The Supreme Court has stressed the importance of protecting public school students from these types of messages,” Andrew Seidel, staff attorney for Freedom From Religion Foundation, wrote in a letter to Chanute Schools Superintendent Richard Proffitt.

“It is illegal for Royster Middle School or any other Chanute public school to post religious images in its hallways, or anywhere else that appears to be school-sponsored. If this picture of Jesus is displayed, as we are told, the District must remove it at once.”

Seidel also pointed out the organization that battles what it sees as violations of the constitutional separation of church and state found a print of the same painting in a Jackson City School District building in Jackson, Ohio, in 2013.

The FFRF and the ACLU of Ohio filed suit in that case. The Jackson City Board of Education decided to settle out of court. They removed the “Head of Christ” from the school building and paid $95,000 to the plaintiffs, including legal fees.

Superintendent Proffitt, in his first year on the job in Chanute, buckled immediately, telling students, their parents and other residents he had no option. As far as he was concerned, the FFRF’s First Amendment argument won. No argument was possible.

“We were notified and we responded to stay in compliance,” Proffitt said.

Ryan Jayne, a spokesman for the FFRF, told the Wichita Eagle, “It’s nice to have people who appreciate the law and get things done (and) who follow the law even if it’s likely to be unpopular in the community.”

It is possible to disagree with the part of his sentence about people who appreciate the law, get things done and follow the law. But there is no doubt Jayne hit the nail on the head with the dependent clause that he used to finish the thought.

Proffitt’s decision was definitely unpopular with many people in Chanute.

“Nobody else in the school seemed bothered by it,” Cody Busby, a 22 year old who makes his living as a fur trapper, told the Eagle. “There were only one or two evolution kids and they didn’t seem to be bothered by it.”

Vicki Gurney, who waits tables at a restaurant in Chanute, said it seemed unpatriotic to her to take the picture down.

“This is still the United States, under God indivisible,” she said.

But three of Kansas’ top minds on constitutional law, law professors Bill Rich and Jeff Jackson from Washburn University and Richard Levy from the University of Kansas, told the Eagle the “Head of Christ” almost certainly violated the separation of church and state. They agreed, and Proffitt had no alternative but to take the picture down.

What’s next for the Freedom From Religion Foundation? This organization based in Madison, Wis., boasting more than 23,000 members, has taken aim at the state of Arkansas’ decision to build a Ten Commandments monument on the state Capitol grounds.

After the Arkansas secretary of state rejected a Hindu group’s efforts to build a privately funded Hindu statue on statehouse grounds, the Freedom From Religion Foundation decided to enter the fray by seeking permission to erect a permanent display saying “there are no gods.”

In a letter addressed both to Arkansas Governor Asa Hutchinson (R) and Secretary of State Mark Martin, the chair of the Arkansas State Capitol Arts and Grounds Commission, FFRF Co-Presidents Dan Barker and Annie Laurie Gaylor requested the right to represent the views of citizens who reject the Bible and/or religion.

“Most freethinkers find the Ten Commandments to epitomize the childishness, the vindictiveness, the sexism, the inflexibility and the inadequacies of the bible as a book of morals,” the couple noted.

“The first commandment, ‘Thou shalt have no other gods before me,’ is reason alone to have vetoed the Ten Commandments bill that passed your legislature this year. It is not the business of the State of Arkansas to tell citizens which gods to have, how many gods to have or whether to have any gods at all!”