5 Recent Inspirational Uses of the Qur’an

Last Tuesday, Congressman Brad Sherman (D-CA) declared that the State Department “ought to hire one or two experts in Islamic jurisprudence,” so as to refute the ideology of the Islamic State. “One must be able to turn to the Quran, to turn to the Hadith and show how ISIS is making a mockery of a great world religion,” he said. This followed just days after Pope Francis characterized moderate Muslim spokesmen as saying, “They (Muslims) say: ‘No, we are not this [i.e., jihad terrorists], the Koran is a book of peace, it is a prophetic book of peace.’”

The “prophetic book of peace” has been in the news recently, but not always in ways that show “how ISIS is making a mockery of a great world religion.” In fact, it has been quite the contrary:

IndiaToday reported that in Mosul last summer, gunmen of the Islamic State murdered thirty-nine workers from India, after first inquiring to make sure they were not Muslims. All the while, in a vision rivaling the wildest leftist fantasies about “Bible-thumpers,” the gunmen were clutching copies of the Qur’an.

Somehow these gunmen got the crazy, Islamophobic idea that their actions were in accord with the teachings of the book they were holding. Yet Barack Obama and John Kerry and David Cameron and Theresa May and a host of others assure us that the actions of such people have nothing whatsoever to do with Islam. Who could be right? How to tell? It’s a conundrum!

Suggestion: how about read the Qur’an and see what it says? “Slay the pagans wherever you find them” (9:5) — ah, but only “Islamophobes” quote such verses. It’s a “prophetic book of peace,” and no doubt these Qur’an-thumping gunmen were making a mockery of its teachings, right?

2. Boko Haram leader: “We follow the Qur’an… in the land of Allah”

Well, maybe not – or at least it can be said that all too many Muslims seem not to have gotten the “prophetic book of peace” memo.

After recent reports that he had been killed, Abubakar Shekau, the leader of the Nigerian jihad group Boko Haram, roared back defiantly in a new video. “Here I am, alive,” he proclaimed, “I will only die the day Allah takes my breath.” Shekau added: “We are running our caliphate, our Islamic caliphate. We follow the Qur’an…in the land of Allah.”

He follows the Qur’an? After massacring Christians, torching churches, and taking hundreds of non-Muslim girls as sex slaves, he claims to be following the Qur’an? Brad Sherman, as well as Obama, Pope Francis, and the rest, better hope that he is wrong about that, but unfortunately, he has many Muslims on his side, agreeing with him.

One of them is the al-Shabaab spokesman Sheikh Ali Mohamud Rage. Last Tuesday, al-Shabaab jihadis raided a quarry inside Kenya, separated the Muslims from the Christians, and murdered thirty-six Christians.

In a statement justifying these murders, Rage exulted:

We are uncompromising in our beliefs, relentless in our pursuit, ruthless against the disbelievers and we will do whatever necessary to defend our Muslim brethren suffering from Kenya’s aggression.

But perhaps Rage is blinded by his namesake vice – so blinded as to think that a command to be “ruthless against the disbelievers” means to be ruthless against the disbelievers, rather than to treat them to hummus and pita at outreach meetings. Yet unfortunately, others have read Rage’s guiding book, missed the “book of peace” passages, and come to similar conclusions.

In fact, only a few days before their quarry murders, al-Shabaab did the same thing on a bus in northern Kenya. A passenger on the bus, Ahmed Mahat, recalled that the jihadis ordered the passengers to get off the bus. “When we got down, passengers were separated according to Somali and non-Somalis. The non-Somalis were ordered to read some verses of the holy Qur’an, and those who failed to read were ordered to lie down. One by one they were shot in the head at point blank range.”

That kind of action can make a mockery of a great religion in a hurry, and for it to happen twice in a week only underscores the cognitive dissonance between Western leaders’ view of the Qur’an and what it really is.

But surely things must be better in the West, no? No: 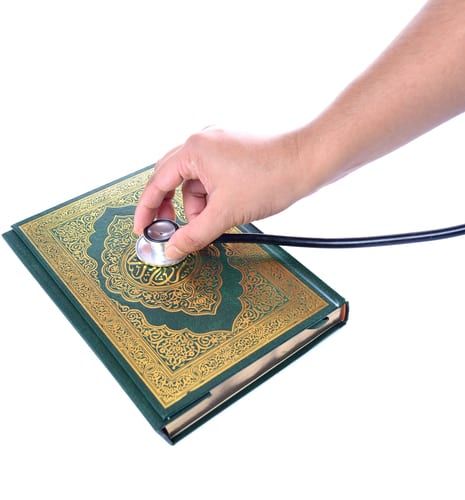 Oh you the believers, fight those of the infidel who are near to you. Why do you not fight in Allah’s cause for those oppressed men, women and children who cry out: “Rescue us from this town.”

Ironically, in light of Blair’s fulsome praise for the Qur’an, Incedal’s note is an amalgamation of these Qur’an passages (not that this has anything to do with Islam):

These Qur’an passages are truly inspirational, but what they inspire is not exactly what Pope Francis, Barack Obama, Brad Sherman and the rest hope for or expect. Yet these five are by no means singular in their view of the Qur’an, and as long as the West persists in refusing to recognize the nature and magnitude of the jihad threat, there are only going to be more of them.