Pamela Geller's Book Stop the Islamization of America Is a Work of Love, not Hate

Pamela Geller has been a great personal friend and a fan of The People’s Cube since its inception, so I had the pleasure of congratulating her personally on the publication of her second book, Stop the Islamization of America: A Practical Guide for the Resistance (WND Books). But there’s more: the back cover has a photo of Pamela that I took with my own camera at last year’s 9/11 AFDI/SIOA Rally of Remembrance near Ground Zero, and posted on The People’s Cube the following day. 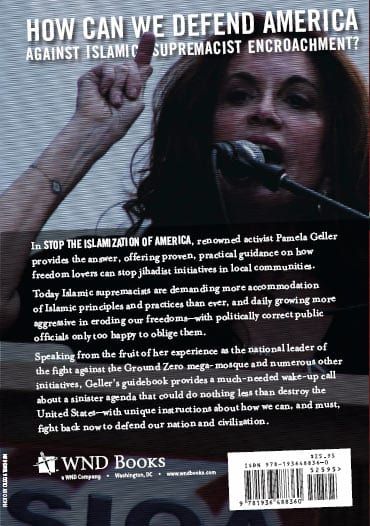 The picture was the publisher’s choice, and I applaud their preference. I don’t mind the added TV-like texture, but I wish they hadn’t superimposed text over her diamond pendant featuring the word LOVE — a nuance that gave the image an additional powerful dimension. This is important, because LOVE is at the heart of everything Pamela Geller does, including her political activism. Despite the demonization of her in the “progressive” media, she is an exceptionally loving and lovable person. 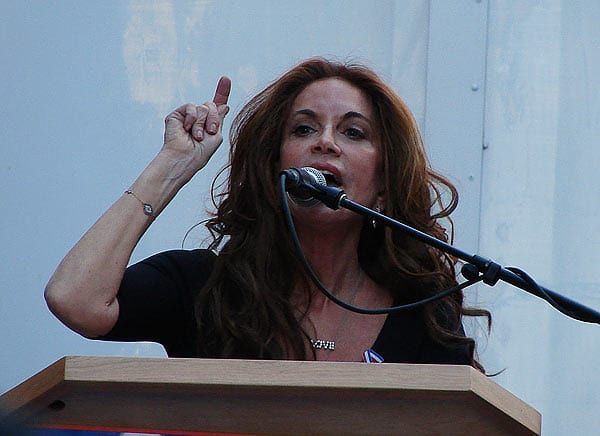 Her activism is inspired by the love of life, this world, and this civilization. She wants to protect us all — even the moral mutants on the political Left who hate this civilization and thus hate Pamela. Every normal loving person expects his or her love to be mutual. But that is not how the world works. Recognition and gratitude are not part of the Universal Declaration of Human Entitlements, and are almost as rare as the baths these spoiled brats take. One just has to accept it and not throw the baby out with the bath water.

The vitriol against Geller is growing exponentially. “I thought they didn’t like me before,” she tells me. “That was all fun and games compared to what they write about me now.”

That means that Geller is being effective — as opposed to some chopped liver that wouldn’t say boo to a goose. She is treading on a lot of goose-stepping feet and ruffling a lot of silly flightless feathers. They want to hurt her back because, unlike normal human beings who thrive by learning new things, moral mutants thrive on the suffering of others.

The emotional pain they are deliberately trying to inflict on Geller is a mere reflection of their own anguish and irrational rage caused by the reality that she inadvertently brings into their nonsensical, nursery-rhyme universe.

The amount of their hatred is directly proportional to their own cognitive agony, which is commonly self-inflicted. Every personal attack against Geller is an attempt by the attacker to re-inflate his own personal ego after it has been punctured by the truth he couldn’t handle. Such is the nature of moral mutants: their feeling of self-worth can only be repaired by destroying someone else’s.

I hope that Geller will remember this, and deal with them the way a doctor deals with misbehaving mental patients: give them more medicine. I can’t tell her to take comfort in their mental anguish because, unlike them, she is a moral human being. But, as we all know, pain exists in nature for a reason. If anything, it teaches spoiled brats to make sense of their whereabouts.

I’ll review the book once I get the copy. These were just some thoughts I had upon seeing the book cover with a picture of Pamela Geller at the 9-11 rally, with the word LOVE on her chest obscured by the editor’s review. 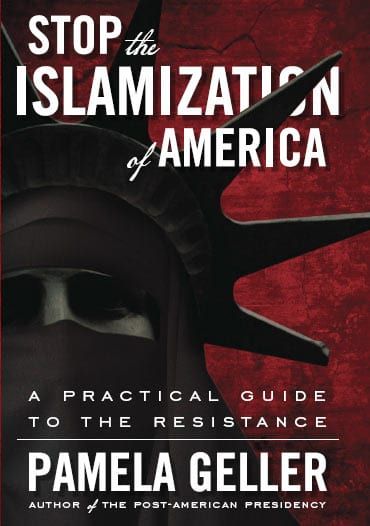