Rep. Allen West (R-Fla.) is the activist Left’s number one congressional target this election cycle because he poses an existential threat to progressivism, a prominent professional left-wing organizer suggests.

West is “a national rising star in the Tea Party,” Becky Bond explained during a panel discussion at the Campaign for America’s Future’s recent Take Back the American Dream confab in Washington, D.C.

The famously outspoken retired Army lieutenant colonel with the special talent for getting under Democrats’ skin “is going to start to define” what the Republican Party stands for, said Bond,  president of the well-funded Credo SuperPAC.

A super PAC is a kind of political action committee that may raise and spend unlimited funds from corporations, unions, associations, and individuals to overtly advocate for or against a candidate. Credo SuperPAC is an outgrowth of Credo Mobile, the wireless reseller that donates part of its profits to leftist groups such as the George Soros-funded Media Matters for America, ACORN-affiliated Project Vote, Color of Change, and the Sierra Club Foundation.

The danger, as Bond sees it, is that if West’s brand of politics catches on nationwide, American politics may shift rightward.

“And he’s a freshman,” Bond said. “If we don’t take him down now, he’s raising millions of dollars, and he’s going to set what the new normal is for the Republican Party.”

It is not hyperbole to say that liberals loathe the solidly conservative first-term congressman with the fire of a thousand suns. Credo SuperPAC calls West “racist, sexist, anti-science, hypocritical and downright crazy.” 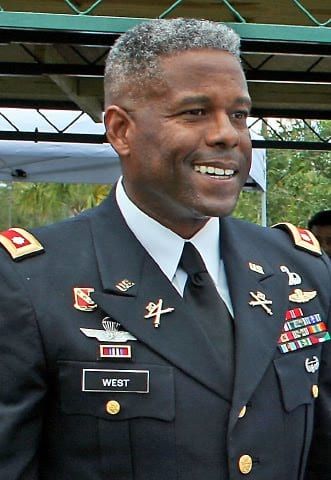 Under the words “Beyond Crazy,” Credo SuperPAC’s website links to articles online that trumpet West’s various heresies against political correctness. Unlike most on the Left, West is unapologetically pro-Israel and pro-life, positions that probably helped get him maligned as “racist” and “sexist.”

An Iraq war veteran, West describes Islam as “a totalitarian theocratic political ideology.” He doesn’t bash the United States for invading Iraq and Afghanistan as left-wingers are wont to do.

He has said that Fort Hood shooter Army Major Nidal Malik Hasan, who reportedly said Muslims should “rise up” and attack Americans as payback for the U.S. war in Iraq, is a Muslim extremist. This embarrassingly trite assertion is somehow controversial on the Left. West also refuses to appease terrorism apologists who prefer to treat Hasan as a mere sufferer of what they call “pre-virtual vicarious Post Traumatic Stress Disorder.”

Because West supported Rep. Paul Ryan’s (R-Wisc.) extremely modest budget-balancing proposal, the PAC accused him of voting “to abolish Medicare.” Because he’s not a member of the manmade global warming cult, West is labeled a knuckle-dragging flat-earther.

CREDO Mobile president Michael Kieschnick, a member of George Soros’s Democracy Alliance, boasts that his activist network has 2.5 million activists and has given upwards of $70 million to left-wing groups since 1985.

CREDO SuperPAC has taken in almost $2 million so far, according to the Federal Election Commission database. Patricia Richardson of TV’s Home Improvement and movie actress Stockard Channing have given the PAC $1,000 and $750, respectively.

Related: Allen West Doesn’t Always School CAIR Apologists, But When He Does…