Photos of Ugly Left at the Inaugural: Satanists, Pussy, and Red Fists

Millions of Americans watching President Donald Trump’s inauguration on television missed one of the more important parts of the day — the faces of the ugly Left.

Sure, you might have seen a few of them on television at 12th and L Street, throwing rocks at police officers and sending two of them to the hospital. But they were everywhere else in force, and TV cameras did show many of them.

Democrats in Congress hoping to slow down Trump’s agenda should be thankful television cameras didn’t capture what my camera did below. There’s nothing that could frighten Middle America much more than the sights, sounds, and even smells of the anti-Trump Left that prowled Washington, D.C., today.

Vulgarity was on full display in the anti-Trump crowd. I left the country for Obama’s inauguration in 2009, but I’m pretty sure there weren’t people walking around with McCain pins and “Fuck Obama” t-shirts. All those lessons about civility down the drain, it seems. And what anti-Trump mobilization would be complete without pentagram-wearing Satanists? The angry feminists were out in force. There were more signs talking about “PUSSY” than on the Reeperbahn. Pussy this, pussy that, all held up by women no less. Aging unkempt women wore pink hats they knitted called “Pussyhats” in twisted solidarity.

It wasn’t just “pussy” these anti-Trump women were obsessed with. One twenty-something passed me by mumbling and grumbling about the Washington monument — “it’s so phallic, so damn phallic.” No doubt a graduate of an elite university. 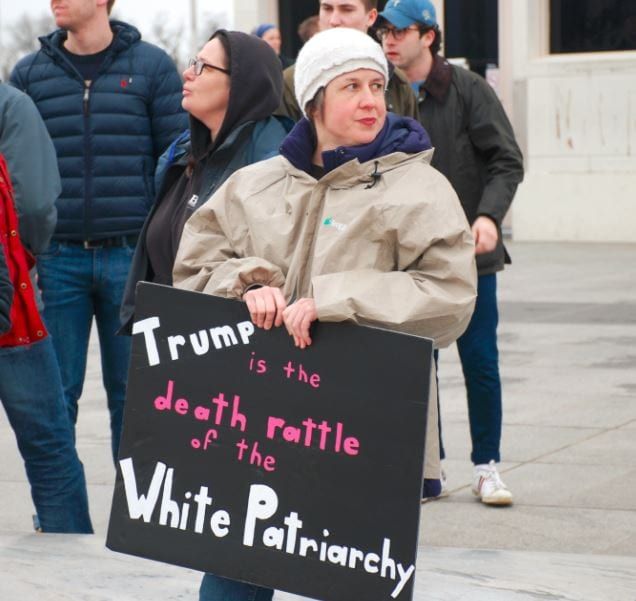 What organized protests could be complete without signs with giant red fists? At least these activists respect their heritage. 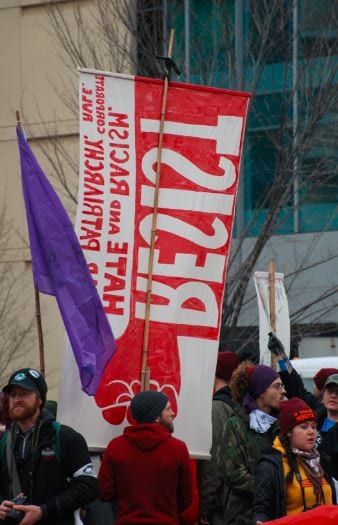 Swarms strolled around with homemade slogans — many vulgar — and simply worked to be seen. 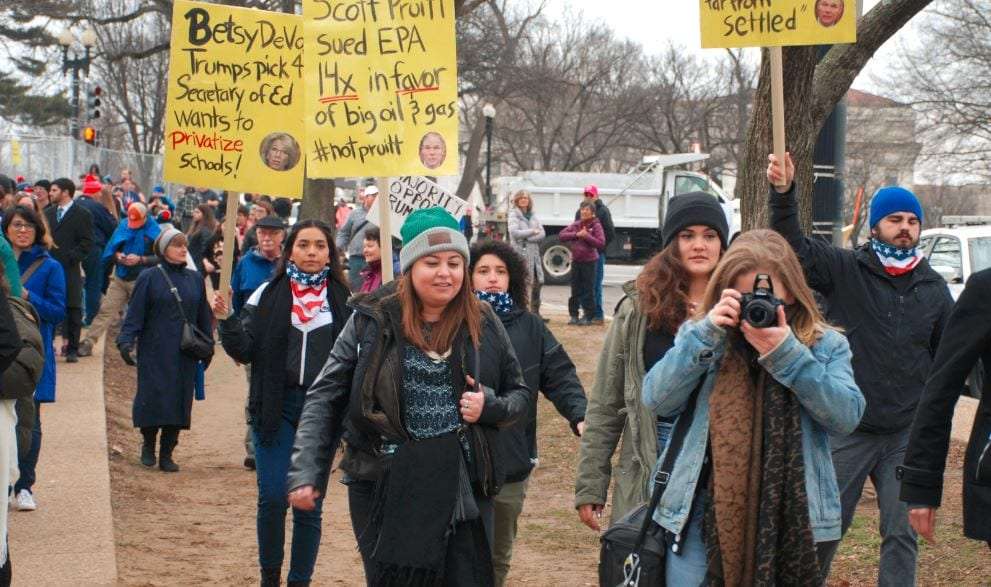 Then there were the aimless niche Leftists. Save our water. Save our land. A costumed Uncle Sam pleading for Donald Trump not to rape him. 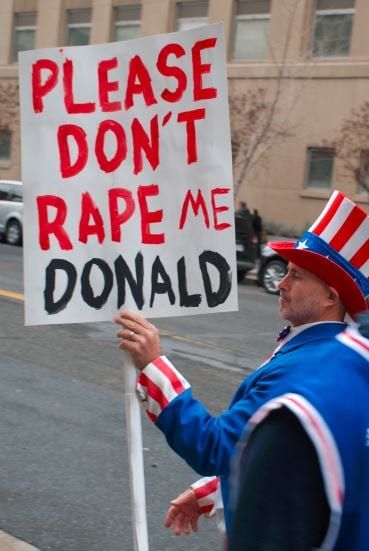 The Leftists also came ready for a riot. Swim goggles, masks, eye protection, keffiyehs, ski goggles — all the latest face fashions of the Left were everywhere. I could have used a mask passing through the many clouds of marijuana fog, even in the shadow of the Washington Monument.

Two decades ago, these same people were lecturing us about cigarettes. 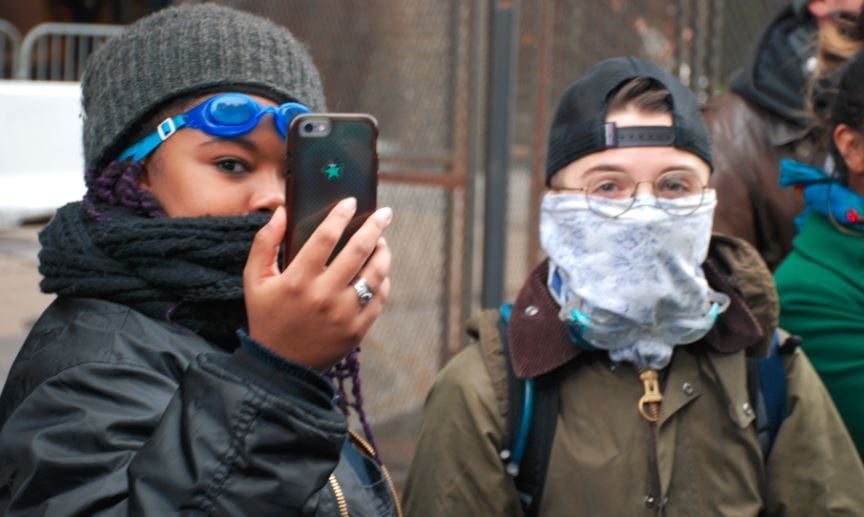 The Left indoctrinates their children with far more zeal than conservative families. Ideology replaces theology in many instances. Naturally, children were used as props all around. Democrats should hope these angry, vulgar, ugly militants go underground for the next few months. It’s best for them to have an opposition to President Trump that doesn’t frighten and offend Middle America. But today, that opposition to Trump was comprised of lots of ugly people who never learned manners or civility. 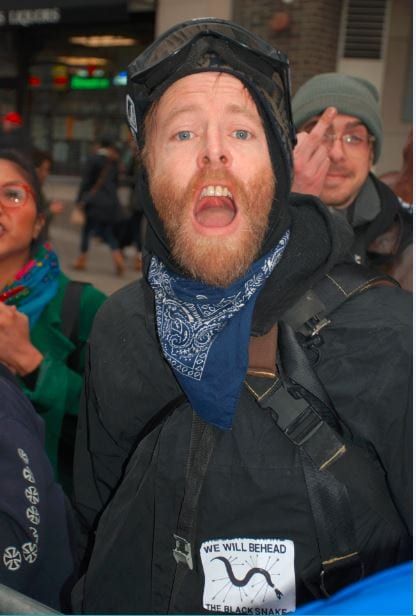