Welcome to Insanity Wrap, your daily dose of the best of the worst. “Cruz Rips Biden” is today’s big crazy.

Even someone who was eager to get vaccinated — like your very own Insanity Wrap — can see that for some people, it’s a cult.

Ted Cruz Rips Biden a New One (Or Two)

Presidentish Joe Biden is usually busy slurping on ice cream and playing with plush toys, but he does find the time to nod assent to some new Democratic cruelty.

Whatever you want to call the cabal effectively running the Executive branch, they just love it when Slow Joe nods, and ignore it when he doesn’t.

If the reports and details of a deal are accurate, this will be a generational geopolitical win for Putin and a catastrophe for the United States and our allies. President Biden is defying U.S. law and has utterly surrendered to Putin. Decades from now, Russian dictators will still be reaping billions from Biden’s gift, and Europe will still be subject to Russian energy blackmail. We always knew Biden was in bed with Putin, now they’re spooning.

More seriously, Nord Stream 2 is also a wedge Putin can drive between the U.S. and our European friends and allies. While it’s true they’re not always the best allies — who is? — encouraging dependence on Moscow at the expense of American energy producers…

…well, that seems like the kind of thing an increasingly demented ice cream-drooler/America-hater would nod assent to.

You might have noticed that in the previous four years, we didn’t have terribly much trouble with Moscow.

We weren’t exactly buddy-buddy, but sadly, that’s not going to happen until Russia is no longer ruled by paranoid kleptocrats and can fully rejoin Western Civ for the first time since 1917.

But Putin’s Loki-like mischief was kept to tolerable levels under President Donald Trump because of little things like Nord Stream 2 sanctions, and American energy independence keeping Moscow short on cash.

For this, Trump was accused of being Putin’s stooge.

Biden, who as Cruz correctly noted is basically spooning with Putin in a post-coital embrace, is cheered on by our USSA media for being “tough.”

Exit Question: Insanity Wrap doesn’t have to tell you who was on top, do we?

Breaking 🚨 Democrats just voted against @HawleyMO's legislation which would declassify all intelligence surrounding the origin of COVID-19 and the #CCP's Wuhan Institute of Virology. What are Democrats afraid of? #ChinaLiedPeopleDied

What is it Democrats don’t want you to know?

How’s That #DefundThePolice Workin’ Out for Ya?

The subhead will break your heart: “A mass shooting left a teenage girl dead and 7 others injured and that was only one of 11 incidents.”

Insanity Wrap has said it before and we’ll say it again.

Get out of the cities. Just. Get. Out.

You ask for political kidnappings, Theo? I give you the FBI. 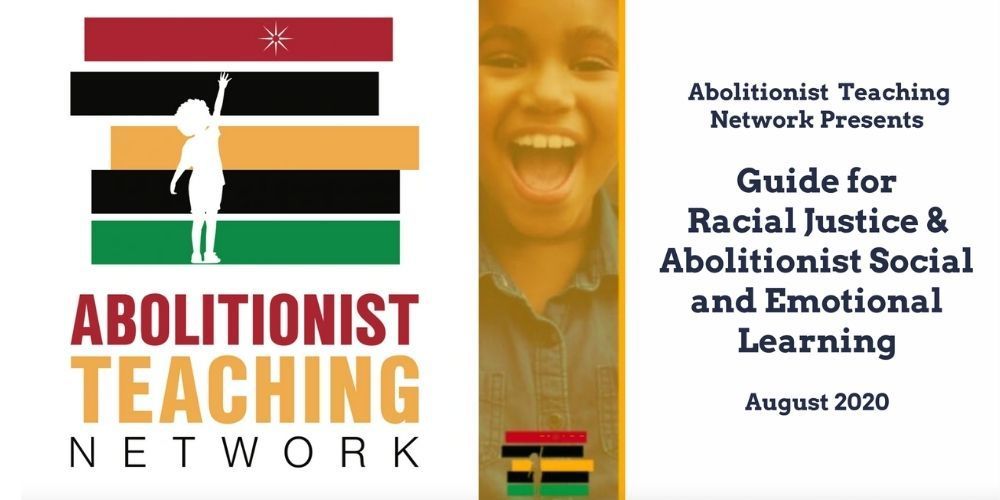 With federal dollars come federal strings — with a side of Marxism dressed up as racism disguised as antiracism:

In their handbook titled “Roadmap to Reopening Safely and Meeting All Students’ Needs,” the Department of Education under Secretary Miguel Cardona issued guidance to how schools should approach reopening and how to use the money they will receive through the American Rescue Plan.

Linked in their handbook is the Abolitionist Teaching Network’s “Guide for Racial Justice & Abolitionist Social and Emotional Learning.” Although the group doesn’t use the phrase critical race theory, they advocate for teachings in line with the theory.

Insanity Wrap has put together a simple multiple-choice question for those still crazy enough to think they’ll get a straight answer on CRT.

The correct answer is E) All of the above.

Because when you’re a leftist, you don’t have to choose — any answer can be correct depending on political expediency.

Sometimes 2+2 even equals 4, but not very often.

Maybe they all have the same brother? pic.twitter.com/IXPfTzqHti

Insanity Wrap’s last tweet was two or three years ago — honestly, we neither remember nor care.

If our job didn’t require us to at least dip a toe in the Twitter cesspit each day, we’d have deleted our account on the day we quit tweeting.

Steve launched VodkaPundit on a well-planned whim in 2002, and has been with PJ Media since its launch in 2005. He served as one of the hosts of PJTV, a pioneer in internet broadcasting. He also cohosts "Right Angle" with Bill Whittle and Scott Ott at BillWhittle.com. He lives with his wife and sons in the wooded hills of Monument, Colorado, where he enjoys the occasional adult beverage.
Read more by Stephen Green
Tags: JOE BIDEN VLADIMIR PUTIN INSANITY WRAP