Welcome to Insanity Wrap #214, your daily dose of the best of the worst—and the Wuhan virus origin investigation is today’s big bad.

Insanity Wrap needs to know: What’s worse than the possibility of Communist China getting away with waging undeclared global biological warfare?

Answer: The Biden administration refusing to even look into the possibility.

Savings wiped out? Can’t afford to eat red meat anymore? Staying home because it costs too much to fill the tank? The economy comes to a screeching halt as interest rates skyrocket? Your neighbor is unemployed and so are you?

Insanity Wrap leads with this story for just one reason.

Pretty nice of Binyamin to give us the heads up about that Biden inflation, anyway.

How does that even work?

Israel has friends on the Left the way the shy new girl in school has friends with the popular Mean Girls clique.

In any case, let’s also just say that anyone making excuses for any group firing literally thousands of rockets at civilian targets during just a week really just ought to sit down and shut up.

Instead, they’ll be celebrated by the American media.

Hell, tons of them are the American media.

It’s a take that must have required enough cocktails to put Insanity Wrap off our mid-morning Bloody Mary, even now that the kids are out of school and we don’t have to drive carpool.

If you’re looking for some good news, at least Portland didn’t celebrate the drug-related death of George Floyd while in police custody with a drive-by shooting, unlike some other city Insanity Wrap is too kind to mention.

Do you remember what Insanity Wrap told you last year?

We said when #DefundThePolice first became a thing, that it wasn’t necessary to actually defund them.

Simply demoralizing the police, by City Hall telling them again and again that they do not and will not back the police, would be enough to do the job.

Did we call it, or what?

CNN Loses Nearly 70% Of Its Viewers Since Trump Left Office

It’s the feel-good story of the summer!

MSNBC is hurting, too, as is Fox News. But neither network suffered anything like the drop that CNN did.

They lost nearly three out of four of the 25-54 cohort that advertisers crave.

Insanity Wrap must admit we giggled like a schoolgirl at the thought of CNN brass having to settle for “dollar a holler” ads like some small-market 40-watt AM radio station.

There is a serious side to this story, however.

In Orwell’s 1984, the superstate of Oceania needed enemies foreign AND domestic to keep the people riled up.

Thus the endless foreign war against Eastasia (or was it Eurasia?) and the daily Two Minutes Hate against that domestic subversive, Emmanuel Goldstein.

CNN profited for four years with 24/7/365 Hate against Donald Trump.

Now that he’s gone — in no small part because of outfits like CNN — the media have lost their Goldstein.

Without him, they are nothing.

Watching nearly four minutes of John Cena getting pummeled for his “stomach-turning” apology to Communist China is like taking a preemptive antacid before a big meal.

We say that because you’re going to need some mental antacid before Insanity Wrap takes you to today’s lead story, just below.

It’s embarrassing — but expected — when a “star” like John Cena humiliates himself, kowtowing to his movie studio’s masters in Beijing.

Hollywood is addicted to Communist Chinese dollars (provided by American consumers) and so if their biggest names must sometimes bend the knee to demonstrate their fealty… well, that’s just business, Insanity Wrap must suppose.

Would that the same were not true of Presidentish Joe Biden, purportedly The Most Powerful Man in the World™.

“Officials involved in the effort relied on scientific research as well as public and classified information to probe the lab leak theory, including looking into any possible connection between the virus and the Chinese government’s biological weapons program,” the report said. “The US government has said that it believes China maintained an offensive biological weapons program even after joining the Biological and Toxin Weapons Convention in 1984. China refutes this.”

Biden officials claimed that the reason that they shut down the probe was because they were concerned about the quality of the work and evidence.

If you’re genuinely concerned about “the quality of the work and evidence,” then you demand better of the people doing the investigation.

If what you’re actually concerned about is pleasing Xi Jinping, then you…

…well, you do exactly what President Porchlight did and shut that whole thing down.

So forget that there were concerns from the start that the Wuhan Virus might have originated in a Communist Chinese lab. Forget also that even the mainstream media, which for more than a year dismissed such concerns as mere conspiracy-mongering, has now moved in lockstep to the position that very well might be exactly what happened. Forget, too, that an impartial investigation could reveal the truth, and let the chips fall where they may.

An ongoing investigation might answer the question: Did Communist China engage in accidental or intentional global biological warfare, or were they victims of the pandemic just like the rest of us?

But, no, even looking into these questions is now off the table, thanks to the Biden administration.

Insanity Wrap asks you to forget all these things so that you might remember the White House’s most pressing question: Did the big guy get his 10%? 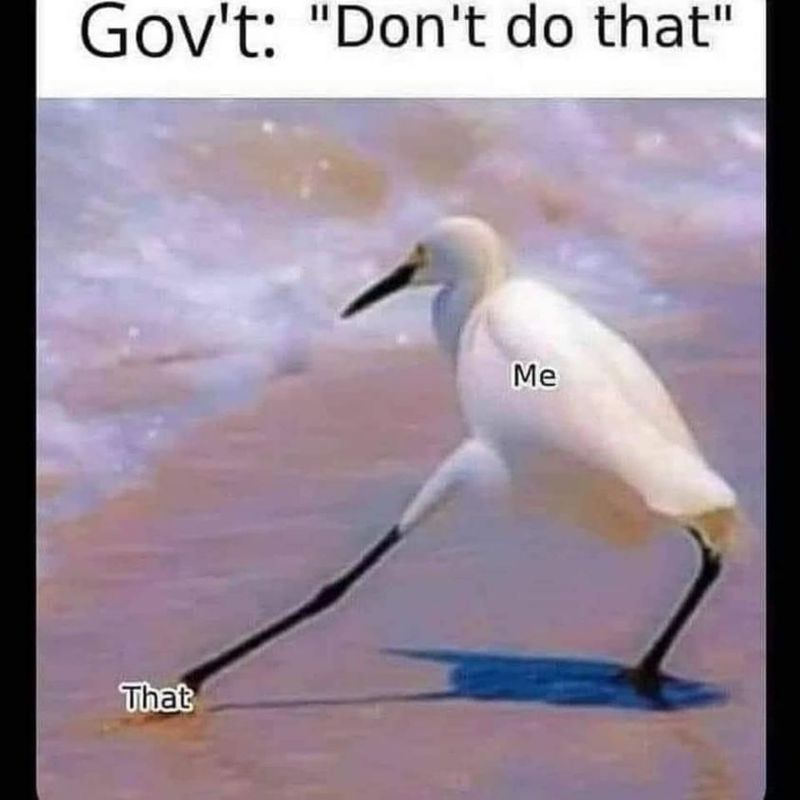 Because at heart, Insanity Wrap is still only this many [holds up four fingers] old.

We go live with hot takes, cold drinks, and your questions every Thursday at 3:30pm Eastern… but it’s just for our PJ Media VIP Gold supporters.

You can join the cause (and the cocktails) right here.

Steve launched VodkaPundit on a well-planned whim in 2002, and has been with PJ Media since its launch in 2005. He served as one of the hosts of PJTV, a pioneer in internet broadcasting. He also cohosts "Right Angle" with Bill Whittle and Scott Ott at BillWhittle.com. He lives with his wife and sons in the wooded hills of Monument, Colorado, where he enjoys the occasional adult beverage.
Read more by Stephen Green
Tags: COVID-19 INSANITY WRAP