Answer: Because being held accountable for more than 30 years of bad policy would really suck for them.

Americans are sitting at their kitchen tables confronting a new menace: inflation. April’s consumer price index showed the cost of living jumped more than expected, up over 4% from last year, the biggest increase in 13 years.

And they are wondering what the Biden White House is going to do about it.

Inflation is bad for responsible people who save and invest because it destroys the value of their savings and reduces real returns on investments.

Insanity Wrap probably doesn’t have to remind you that inflation is great for irresponsible people who borrow more than they could ever hope to pay back because massive inflation lets them pay down real debts with what amounts to Monopoly money.

There has never been a more irresponsible borrower than Uncle Sam.

Washington doesn’t look at those inflation numbers with worry. They look at them like a crack addict who just stumbled across someone else’s stash.

But once those 30 trillion borrowed dollars have been inflated away into nothingness, Washington will be solvent — right up until they start borrowing to buy the votes of the next round of deadbeats.

There’s a phrase, by the way, for countries on the “borrow, inflate, repeat” treadmill.

“Shove your Holocaust up your ass!”

A man shouts about the Holocaust to protest #Israel at a Muslim demonstration in Vienna, Austria. pic.twitter.com/zbE3pIHhUj

Hitler was Austrian, but Insanity Wrap can tell you with full confidence that these guys aren’t.

Austria was pretty well deNazified after the war.

The “migrants” chanting on the streets of Vienna, not so much.

I was assaulted, Israel flag burned at Seattle’s anti-Semitic rally

Not an easy read, but Insanity Wrap would urge you to read the whole thing exactly because it isn’t an easy read.

In the process of covering the event, which was already tense for me as a Jew, I was assaulted by a fringe activist. I was then summarily kicked out of the public rally. As the woman hit me with a Palestinian flag, anti-Israel activists in the crowd did nothing. Some of the assault was caught on cell phone video. I wasn’t the only Jew assaulted.
…
After what looked like a scuffle and assault, anti-Semitic activists stole the Israeli flag. They stomped and danced on the flag. Then they burned it in the middle of the street.

Would you mind too much if we riffed on Jeff Foxworthy just this one time?

If you’re holding a rally with a mass of angry people to denounce and even assault Jews, you might a Nazi.

Previously On Insanity Wrap: The Left Loves Nothing Like Women-Oppressing, Gay-Murdering Terrorists 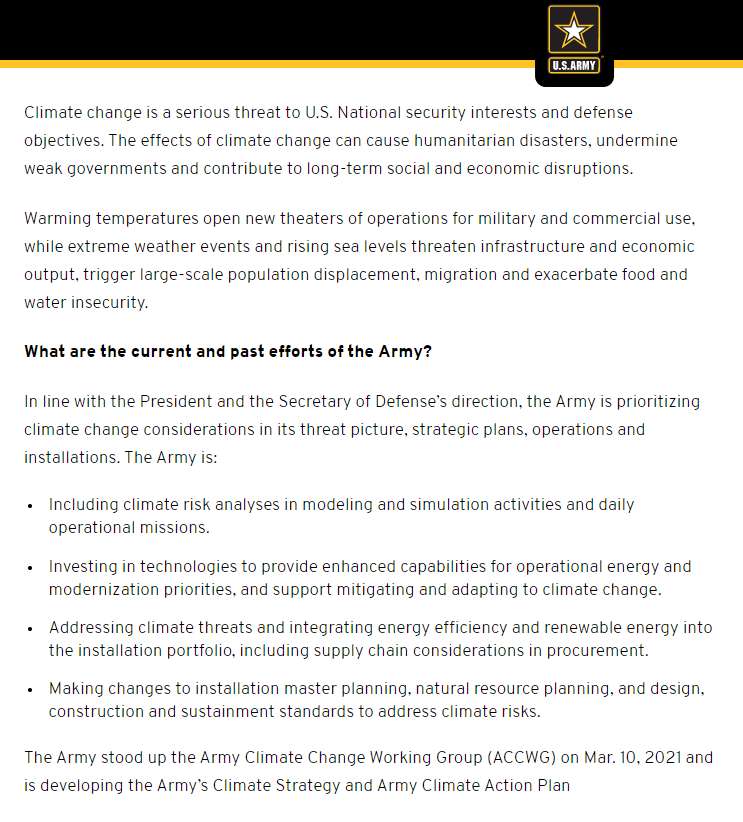 Insanity Wrap isn’t sure how the crew of an M1-A2 SEPv3 Abrams main battle tank is supposed to fight a rising tide, but the YouTube clips ought to be hysterically funny.

Slightly more seriously, it might be time to brush up on your Mandarin, gentle reader.

At the rate our armed forces are going Woke, Insanity Wrap might be brushing up on whatever the hell it is they speak in Burundi because frankly, most anyone will be able to invade.

* 0 Covid related deaths–the only time that's happened since data was tracked in March, 2020.

* the fewest Covid cases in over 13 months

* the lowest Covid hospitalizations in 11 months.

You probably saw this story already, but Insanity Wrap just had to include it in today’s column.

The reason is simple: We need antidotes to Wuhan Flu hysteria even more than we need vaccines against the Wuhan Flu itself.

And Insanity Wrap says this as a 100% believer in vaccines and who is 50% vaccinated ourselves.

We get our second shot on Sunday. Next Monday’s Wrap might be a little rough.

Insanity Wrap Apologizes for Nothing

GOOD: White guys hitting the slopes in the winter

NOT GOOD: Black guys hitting the slopes in May

This is one of those hand grenade jokes — it might take a few seconds to go off.

Sometimes we have to laugh and make fun of awful things because the alternative is more Bloody Marys than we can handle in a single workday.

Celebrity medical spokesmodel Anthony “Doctor” Fauci is at it again.

Today, he’s come up with something entirely new, an angle on a hot-button social issue you never thought possible.

Are you ready for it?

What, you’ve heard that one before?

You can probably guess the drill. Fauci said:

Almost all [the comorbidities] relate to the social determinants of health dating back to disadvantageous conditions that some people of color find themselves in from birth regarding the availability of an adequate diet, access to health care, and the undeniable effects of racism in our society.

Do you know who Fauci implicitly left out?

Asian-Americans… but we’ll circle back to them in a moment.

The Wuhan Flu is primarily a killer of the old, the obese, and the malnourished.

Is it racist that COVID has such low morbidity rates in sub-Saharan Africa, where people are skinny and spend plenty of time in the sun?

We can lay the blame for an awful lot of that obesity at the feet of Well-Meaning Government, for issuing dietary guidelines that took the “diet” out of “diet.”

Whatever Washington’s culpability, eating tons of crap is not good for you, although Insanity Wrap does enjoy the occasional snack-size bag of Cheetos.

Healthier people tend to stay that way. Less healthy people are more likely to die when they get sick.

Previously On Insanity Wrap: Literally Everything Is Going to Hell… Who Wants a Drink?

Oh Give Me a Home…

Here’s the gist from KGW News:

Six months after the city cleared campers from the streets lining Laurelhurst Park, reps for all five Portland city commissioners on May 7 met with activists protesting the idea of another sweep. Those activists say they’re protecting the dozens of people who returned to the park months ago, making the Southeast Portland neighborhood look like the city had never intervened.

A quicky and dirty Insanity Wrap transcript of the meatiest part of the report:

One couple only wanted to talk via phone for fear of retribution. They live near the camp and say they’ve endured threats, theft, and attempted break-ins. They hear screams at night. Early Monday morning they took this photo after a tent exploded.

Insanity Wrap and our boys are big-time tent campers.

Three days in the mountains, usually about 40 minutes of gravel roads away from the nearest, crappy 3G cell phone signal.

We bring this up only so that you’ll know Insanity Wrap is speaking with the authority of experience when we say that tents don’t typically explode.

Leak, blow over, get zipper jams… sure.

It’s bad enough if that happened out in the wilderness.

That stuff’s got to stop.

Steve launched VodkaPundit on a well-planned whim in 2002, and has been with PJ Media since its launch in 2005. He served as one of the hosts of PJTV, a pioneer in internet broadcasting. He also cohosts "Right Angle" with Bill Whittle and Scott Ott at BillWhittle.com. He lives with his wife and sons in the wooded hills of Monument, Colorado, where he enjoys the occasional adult beverage.
Read more by Stephen Green
Tags: COVID-19 INSANITY WRAP