Insanity Wrap needs to know: What’s another way of saying, “Thank you, sir, may I have another”?

Is the era of small government over?

“In this present crisis,” President Ronald Reagan said in 1981, “government is not the solution to our problem; government is the problem.”

That message resounded so strongly during the truly impressive economy under Reagan that even Democrat Bill Clinton conceded in 1996 that “the era of big government is over.”

For the rest of Clinton’s time in office — with a big debt owed to Newt Gingrich and the Republican Congress — government didn’t grow very much as the 20th century drew to a close.

Since then, not a single federal agency has shrunk (much less eliminated as sometimes promised), the regulatory state has grown almost exponentially, the government took over college loans and (for a short while) various carmakers, indulged in new entitlements, vastly expanded domestic surveillance, quintupled the national debt, and we’ve engaged in more overseas wars than Insanity Wrap can recall.

We could go on, but the EPA is here to make sure we’ve filled out our shower flow paperwork in triplicate.

Even former President Donald Trump, who ran in 2016 on a smart platform of tax reform, deregulation, and winding down our overseas wars, was never a fiscal conservative.

So when Insanity Wrap reads Roll Call’s Stu Rothenberg report that “polls show growing support for government doing more,” all we can do is shrug.

Washington has been trying — and mostly failing — to do literally everything for us except wipe us when we’re done using the john.

And Insanity Wrap quakes at the thought that Presidentish Joe Biden has a plan for that, too. 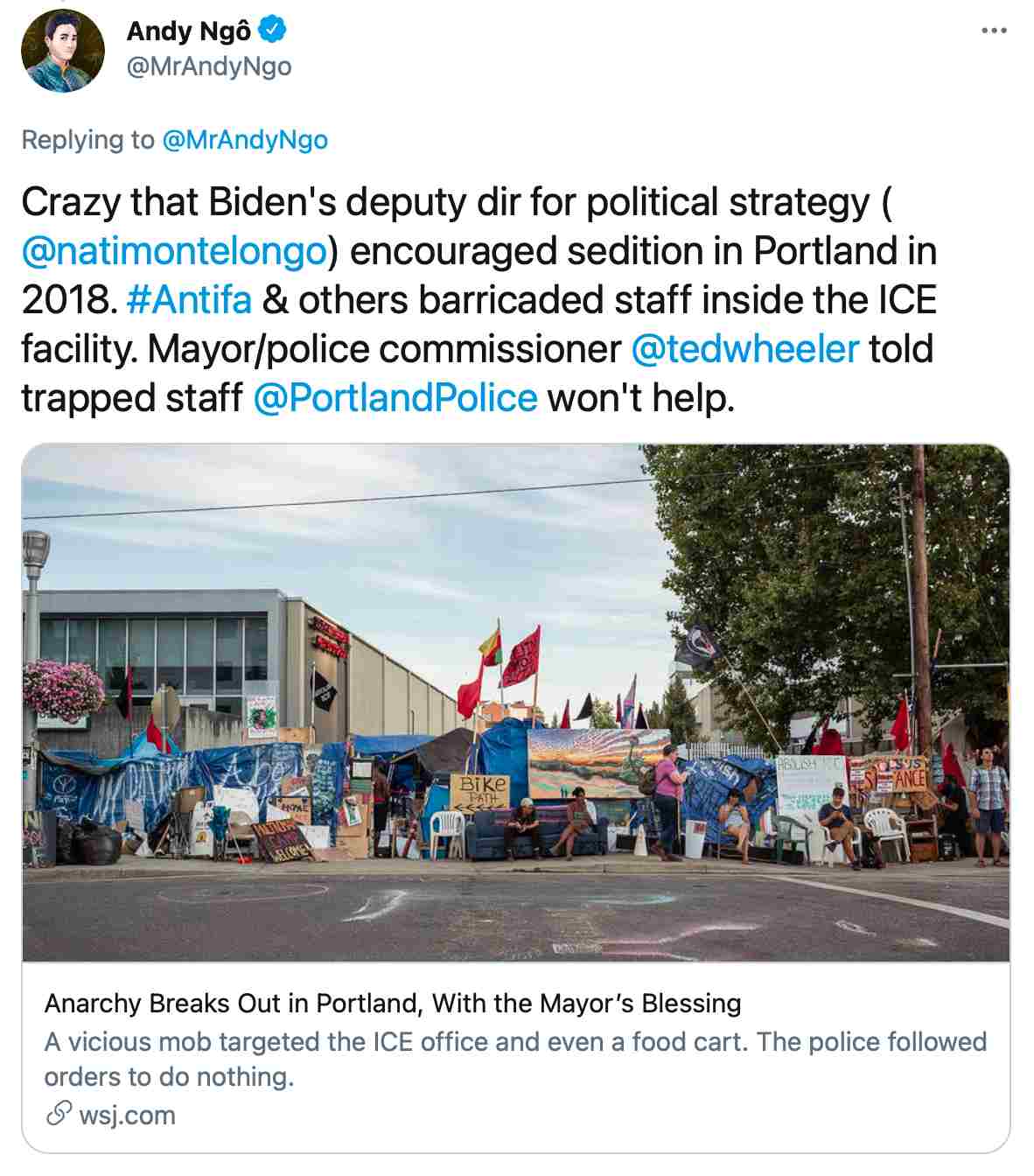 Mark Twain quipped that “There is no distinctly American criminal class – except Congress.”

Insanity Wrap probably doesn’t need to tell you that Twain’s definition must be expanded to include the “Deep State” and pretty much every Biden appointee.

What makes the situation worse today, is that in Twain’s time, he was just referring to petty corruption.

“In our view, these relationships should have precluded an individual from holding even a basic security clearance, let alone serving in so sensitive a position as the leader of America’s preeminent intelligence organization. We learned recently, moreover, that Mr. Burns seriously misrepresented in sworn testimony to the United States Senate the nature and timing of his dealings with such CCP-associated persons and organizations,” the Committee on the Present Danger China (CPDC) asserts.

The CPDC – whose letter includes over 20 high-level signatories – also highlights how Burns allowed CCP members tied to United Front efforts, which seek to “co-opt and neutralize sources of potential opposition” to the regime’s authority, onto the organization’s Board of Trustees.

Insanity Wrap expects that absolutely nothing will come of this, and that Beijing will continue to have a friendly ear — or worse — at the heart of America’s premier foreign intelligence agency.

But at least some people of some importance are trying to do something about it, which today passes for a moment of sanity.

This is Joe Biden’s America pic.twitter.com/zQlNLT4bip

Insanity Wrap remembers gas lines in 1979 and all that went with them: Only being allowed to buy gas on certain days, gas stations putting up apologetic signs saying they’d re-open on Monday once they got more gas in their own tanks, etc.

But in all fairness to Jimmy Carter, it took three years of his craptaculent mismanagement to get us to that point.

It took President Porchlight not much more than three months.

Note from a source: "What idiot pre-announces a cyberattack?" https://t.co/cA4WShJpXN via @YahooNews

The question before you today, gentle reader, is actually from six weeks ago: “What idiot pre-announces a cyberattack?”

If you’ll recall, back in March, the Biden administration announced it was preparing a series of cyberattacks against Russia in retaliation for Russia’s cyberaggression against the U.S.

Presidentish Biden’s national security advisor, Jake Sullivan, said at the time, “I actually believe that a set of measures that are understood by the Russians, but may not be visible to the broader world, are actually likely to be the most effective measures in terms of clarifying what the United States believes are in bounds and out of bounds, and what we are prepared to do in response.”

The White House indicated our response would come in about two weeks.

Um… our cyberstrike lives in Canada. We launched her from Niagara Falls. You wouldn’t know her.

Granted, Insanity Wrap must admit that Sullivan did say at the outset that our response “may not be visible to the broader world.”

But, if President Porchlight actually did order the invisible cyberstrike (which now seems doubtful), it certainly failed to send any kind of real message to Russia about what is “in bounds and out of bounds.”

Commerce Secretary Gina Raimondo warned yesterday that such attacks are “here to stay” and said the White House must “work in partnership with business to secure networks to defend ourselves.”

It seems the only message Biden sent is “Thank you, sir, may I have another?”

From now on, let’s just refer to our new, bent-over defense posture as “The Biden Doctrine.”

We wanted something more dignified than “Grab Your Ankles,” but honestly, Insanity Wrap doesn’t know why we bothered.

If you’re wondering what the current geopolitical situation is between the U.S. and Russia, allow Insanity Wrap to paint a little picture for you: Putin is the 12th-grade bully, and Biden is the new freshman who Putin pushed into a locker right after shoving Biden’s underwear into his own mouth.

Then Putin says, “I’ll see you tomorrow and you’d better have that lunch money.”

Biden somehow manages to be heard saying, “Yes, sir” through his underwear and the locker door.

It occurs to Insanity Wrap that when the Soviets invaded Afghanistan, Carter took action.

He took stupid actions, granted. Carter punished American farmers and American Olympic athletes rather than punishing the Soviets, but he was at least trying.

Carter did not do what Biden has done in response to Russia’s attack on our oil infrastructure, which would have amounted to saying, “Gosh, the Soviets invaded Afghanistan. Maybe Turkey or Finland will be next. Oh, dear.”

Steve launched VodkaPundit on a well-planned whim in 2002, and has been with PJ Media since its launch in 2005. He served as one of the hosts of PJTV, a pioneer in internet broadcasting. He also cohosts "Right Angle" with Bill Whittle and Scott Ott at BillWhittle.com. He lives with his wife and sons in the wooded hills of Monument, Colorado, where he enjoys the occasional adult beverage.
Read more by Stephen Green
Tags: JOE BIDEN VLADIMIR PUTIN INSANITY WRAP