Insanity Wrap needs to know: Will the real Liz Cheney please stand up?

Answer: We were hoping for “shut up,” but we’re just not that lucky.

One of the very first SNL bits Insanity Wrap remembers watching as a child (our parents had no clue that we were staying up so late, with our right ear practically pressed against the tiny speaker of the little 9″ black and white TV in our room) was Dueling Brandos.

Is Peter Boyle the better Brando? Is it John Belushi?

It really doesn’t matter, because they’re both great.

But today we have Dueling Cheneys!

Maybe not so funny, but certainly revealing.

One Liz Cheney appears in today’s Washington Post, the traditional outlet for conservative Republicans to make their case to other Republicans.

[Insanity Wrap chokes nearly to death on an absurdity too much for even us to swallow.]

The WaPo Liz claims to be “a conservative Republican” who refuses to “join Trump’s crusade to delegitimize and undo the legal outcome of the 2020 election” because doing so will “do profound long-term damage to our party and our country.”

It won’t surprise you to learn, gentle reader, that this Liz Cheney refers to the riot of January 6 as an “attack” and that the investigation should be an inherently political one (although she doesn’t call it that) involving “former officials, members of the judiciary and other prominent Americans.”

You know, instead of leaving it up to the police, prosecutors, and the courts.

Insanity Wrap nearly giggled every time this Liz insisted we uphold the rule of law while nakedly politicizing what should be local work for our justice system.

This is the Liz Cheney who, in Mollie’s words, is a “failure.”

Her job is to raise $$ (she doesn’t), stay on message (HA!), and not undermine caucus (it’s all she does). If you’re pretending this is only about joining with media/Pelosi for impeachment, you’re not serious.

It’s the Liz who “seethes with hatred for Trump as much as she loves decades-long interventionist wars without exit strategies or metrics for success.”

Just to keep the obvious points coming, WashPo, et. al, aren’t all-hands-on-deck helping out Liz Cheney because they like Republicans, ok? They run Dem propaganda. They’re trying to keep her and her unpopular ideas prominent in the GOP because she hurts the GOP.

Insanity Wrap is saddened to have to remind you that, unlike the Dueling Brandos, one of the Cheneys is the real deal — and of course it’s the one who’s been wrong at nearly every turn these last four months.

Previously On Insanity Wrap: Facebook’s Most Laughable Lie Ever

An Asian woman was slapped on a Brooklyn subway train in Borough Park by a black female who said a racist comment. Police are asking public to help identify the suspect. #StopAsianHate https://t.co/ercEeX93Ll

Once again, Insanity Wrap is reminded that not all the anti-Asian violence happens in Democrat strongholds…

…except that it probably does. 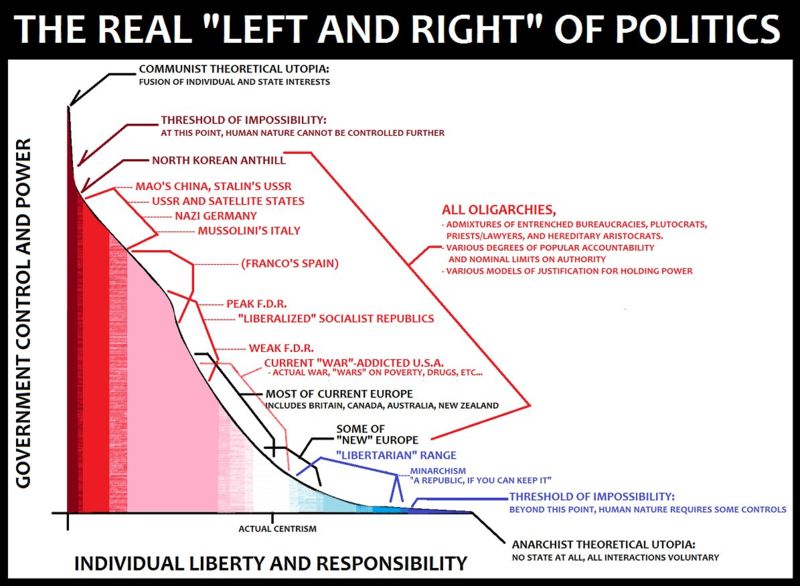 It seems like every week there’s some new chart or graph like this one, but Insanity Wrap thought this one was particularly thoughtful and well done.

So This Is a Thing That Happened

Arkansas police tackle naked woman after leading them on pursuit

And here’s another thing that happened:

The police officer pursuing at a leisurely pace was just the extra spice our morning Bloody Mary needed.

There sometimes comes a point in one’s life where the best thing one can do is accept that you’ve screwed up, and take your lumps.

These were two of those times.

Except for the beard, this is way too close to the absurd truth that is celebrity medical spokesmodel Anthony “Doctor” Fauci.

Texas bans ‘woke philosophies’ from being taught in classrooms

Two pieces of legislation, Senate bill 2022 and House bill 3979, making their way through the legislature would ban teachers from teaching anti-racist material, and from receiving private funding or material for teaching the controversial 1619 Project.

Insanity Wrap has one minor quibble.

There’s nothing “anti-racist” about Critical Race Theory, and using the other side’s language legitimizes their bogus claims.

“False consciousness” claims that you’re not really a part of the proletariat if you don’t adopt Marxist thinking.

From there, progressives expanded it.

They’re all class/race/gender/sex-ID traitors… and we all know what happens to traitors.

The kicker? The Nazis claimed you couldn’t be a real German if you’re Jewish.

You can draw a straight line from Engels and “false consciousness” to Hitler’s gas chambers.

So Insanity Wrap implores you not to use neo-Marxist language like “anti-racism.”

Whatever network Cheney ends up pontificating for after she leaves Congress in a huff, Insanity Wrap is reasonably certain you already don’t watch it.

Steve launched VodkaPundit on a well-planned whim in 2002, and has been with PJ Media since its launch in 2005. He served as one of the hosts of PJTV, a pioneer in internet broadcasting. He also cohosts "Right Angle" with Bill Whittle and Scott Ott at BillWhittle.com. He lives with his wife and sons in the wooded hills of Monument, Colorado, where he enjoys the occasional adult beverage.
Read more by Stephen Green
Tags: CONSERVATISM INSANITY WRAP