Insanity Wrap needs to know: When is it is commendable to abuse and manipulate a teenage girl with severe emotional issues?

Answer: For decent people, never. For the Left, when doing so advances the Party’s interests, comrades.

"No vaccines for y'all." pic.twitter.com/9qGkvIBiRG

In which a medical doctor sees video from Florida of healthy people shopping and concludes, “Let ’em die” because they aren’t wearing masks.

Apparently, he would deny them COVID vaccines, as well.

Dr. Cleavon has since deleted the tweet, but Insanity Wrap laughs because screencaps are forever.

In his profile, Cleavon claims to be “Fighting for Social Justice and Humanity.”

And since Progressive causes like “social justice” (which is actually antisocial and unjust) have, since the beginning, been heavily invested in eugenics, Insanity Wrap has no trouble taking Cleavon at his word.

It takes a special kind of character — or lack thereof — to take the Hippocratic oath while also believing you ought to pick who lives and who dies.

AOC, a Sitting Member of Congress, Weaponized Her Followers in an Attempt to Silence a Free Press

Insanity Wrap is pleased to have the chance to ask: Alexandria Ocasio-Cortez isn’t having a very good week, is she?

Late Wednesday, AOC sent out an email to her followers claiming that “right-wing operatives” (again, low-key accusing journalists of collusion) “are spreading flat-out lies” and misleading information about her and asking them to report these stories and posts to the social media overlords.

This isn’t a typical call-to-action email from a politician to her supporters, folks. This is a sitting Member of Congress asking her supporters to engage in a targeted harassment campaign aimed at suppressing a free press. She’s not making a law “abridging the freedom…of the press,” but by weaponizing her supporters to attempt to memory hole an unflattering — but true — article by having it scrubbed from what serves as our public square, she’s sure coming close to it.

Insanity Wrap can’t help but notice that AOC is bold enough to behave this thuggishly just as a junior member of Congress.

We’d rather not imagine what kind of intimidation (or worse) she’ll use as her career advances.

Science and Facts, How Do They Work? 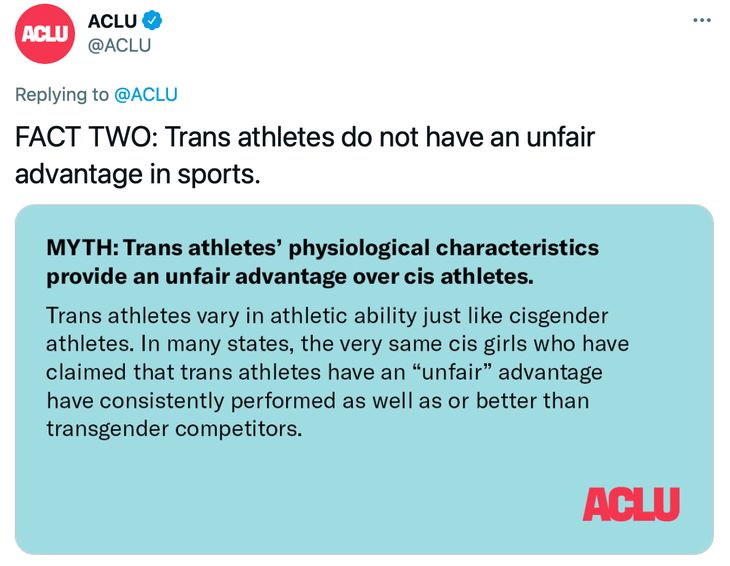 The ACLU is on a real Twitter tear, with a big “FACT” thread explaining why not-quite women who have the bone and muscle density of men still belong in women’s sports.

Insanity Wrap will just leave you with this:

Say Them All, Loud and Proud!

These are the words colleges don’t want you to say

Full details at the link, but here’s the short version:

The more Insanity Wrap is told what we’re not allowed to say, the more we want to say those very things.

Because we’re American, and they can’t tell us what we can’t say.

What good is a right if you don’t exercise it?

It looks like the Biden administration might have a China hawk on board, in the person of Secretary of State Antony Blinken.

[Blinken] said during confirmation hearings that China’s mass detention of Uighur Muslims qualifies as “genocide.” He even admitted that Team Trump was right to take a tougher stance against China.

Beijing is already whining that these words amount to “interfering in its domestic affairs and undermining its interests.”

The good news is that the Bidenites have also offered more than words, by rushing a US Navy group to support Taiwan during the mainland’s latest effort to intimidate the free, democratic island nation.

Insanity Wrap can only hope and pray that Biden isn’t the honest kind of politician who stays bought, after all.

It has never been Insanity Wrap’s desire or goal to pick on the mentally ill, and in fact, the one time we wrote seriously about Greta Thunberg, it was much more in-sorrow-than-in-anger.

The Swedish teenager is not some science prodigy who graduated young from some Ivy League school with an advanced agree in physics or anything like that. Rather, the daughter (and granddaughter) of famous actors and opera singers suffers from Asperger’s syndrome, obsessive-compulsive disorder, and selective mutism. I’m no medical professional, but these things might have been brought on when (according to public sources), starting at the age of eight, Thunberg was subjected to such a barrage of climate panic that she eventually became depressed and lethargic, and also developed an eating disorder.

“It’s disgusting,” we concluded back in 2019, “what the climate panic brigade is doing to this clearly disturbed young lady.”

We thought it couldn’t get worse.

Greta Thunberg accidentally shared a message showing she was getting told what to write on Twitter about the ongoing violent farmers’ revolt in India — leading Thursday to her being probed for criminal conspiracy by police there, according to reports.

The 18-year-old left-wing eco-activist shared — and then quickly deleted — a message that detailed a list of “suggested posts” about the ongoing protests, according to the posts that were saved by Breaking 911.

So now this disturbed and highly-manipulated young lady has sparked a criminal investigation, all thanks to radical progressive organizations like Poetic Justice Foundation that reportedly provided Thunberg with her latest talking points.

Insanity Wrap isn’t sure whether we’re supposed to be more saddened than disgusted or the other way around, so we’re just going to move on to the next item.

Insanity Wrap can vouch for this map with one exception.

The Pacific Northwest, where it says, “This Part Wouldn’t Be That Tough.”

Having lived there for four years, we can tell you there are plenty of illegal pot-growing lands where they don’t take lightly to trespassers.

Proceed with caution… or better yet, back away quietly with your hands up.