Insanity Wrap needs to know: Will the last person to flee from Bill de Blasio’s New York City please turn off the lights?

Answer: We’re sorry for being so flip. The power will have been shut off long before that happens.

Americans don't want $600 or $2,000. We want our Constitutional rights back. We want to reopen our businesses. We want to restart our local economies. We want to live our lives. Why is that so hard for our lawmakers to understand?

Insanity Wrap has nothing to add to that.

Here’s an antifa motel takeover story from Washington State hardly anyone is bothering you with:

Radical activists with Tacoma Housing Now (THN) are holding a Travelodge motel hostage in Fife while activists are assembling their version of an army to defend the take over.

It’s an escalating and dangerous situation. Law enforcement and local politicians are not doing much to stop it. Of course, COVID is also now spreading within the motel as one of the organizers and one homeless occupier apparently tested positive for the virus.

This should be called out for what it is: the intersection of deranged activism and domestic terrorism.

Meanwhile, the activists are terrorizing a minority business manager. How woke of them.

“I’m just devastated,” motel manager Shawn Randhawa told the Tacoma News Tribune. “Because of the protest, I have nothing else. I was barely getting through this pandemic, and now this. This Christmas, the Grinch came.”

The craziest part? Tacoma officials are actually negotiating with these Communist terrorists because of course they are.

Another angle of the riotous youths swarming & attacking a driver in Manhattan after they shut down the road: pic.twitter.com/jovBSudcKf

Look at these numbers and weep: 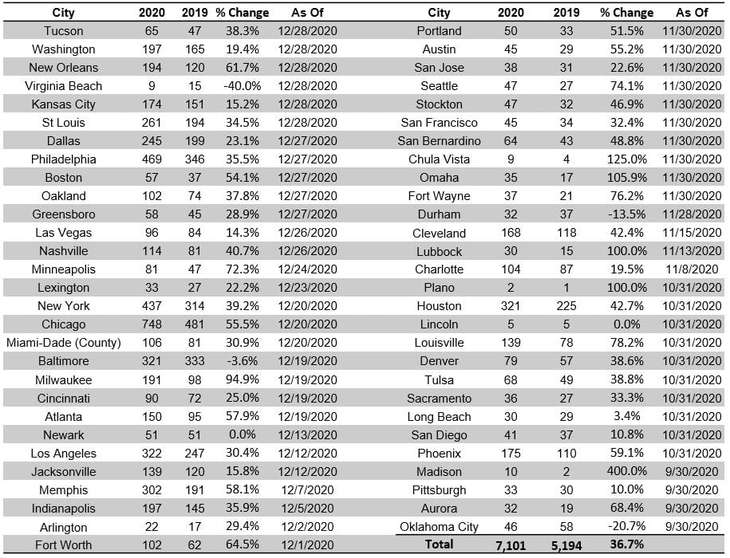 Murders are up in New York 40% over this time last year, and last year was worse than 2018.

Granted, 2018 set a record low for the Big Apple. And yet 2020 is on track to increase the number of murders by a whopping 66% over that record low.

That’s almost too much for Insanity Wrap to believe, and we report on crazy for a living.

You know what will really blow your mind?

It’s estimated that more than 300,000 New Yorkers have fled the city since March, meaning that more murders are taking place among a shrinking population.

Prior to 2019, New Yorkers enjoyed fewer murders each year among a growing population.

How’s that hopey-changey stuff workin’ out for ya?

Previously On Insanity Wrap: Trump Had No Choice But to Sign Corrupt ‘Relief’ Bill 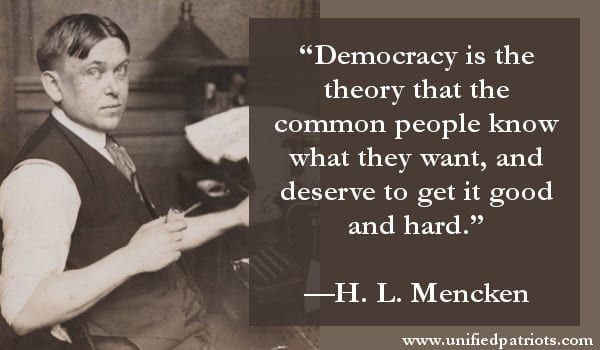 Insanity Wrap would be remiss if we didn’t tell you just a couple more factoids about that broad daylight attack on a New York City motorist.

The video and others like it were all reposted by Dr. Daniel J. Winarick, a city resident.

Winarick tweeted, “Driver was driving home after donating to AIDs charity. Driver is my dear friend.”

Judging by his timeline, Winarick is a fairly typical New York progressive in good standing.

The victim bills himself as “NYC_Kid” on Twitter. His sparse timeline consists mostly of Trump Derangement Syndrome material and links to Biden-Harris puff pieces.

Insanity Wrap doesn’t feel at all out on a limb concluding that both men are Bill De Blasio voters, or at least supporters.

Perhaps getting mugged by reality will cause these two gentlemen to reassess their political priorities, but Insanity Wrap isn’t getting our hopes up.

Please Retweet This Every July 4 For All Eternity

You tried that already. https://t.co/sIvA7b9xVG

Insanity Wrap only has the most passing familiarity with London Neoliberals, but we know for sure they just got owned like no one ever.

America Is a No-Fun Zone

Dark humor is like food, the old Stalin meme goes — not everyone gets it.

Insanity Wrap brings you this case in point:

A manager at Tyson Foods who was fired for participating in an office betting pool on how many co-workers would contract COVID-19 said it was meant as a “morale boost” and was done without “malicious intent.”

Don Merschbrock, one of seven managers terminated for the sick stunt at the company’s pork processing plant in Waterloo, Iowa, broke his silence in an interview with the Associated Press, claiming supervisors came up with the idea last spring, just after mass testing of 2,800 workers at the facility.

The Tyson employee of 10 years and former night manager said the entry fee for the winner-take-all pool was $50, which went to the person who picked the correct percentage of workers who came down with the virus.

Dark humor, whether it takes the form of “Too soon!” jokes or betting pools like this one, are one of the ways humans have for dealing with bad situations.

It relieves the stress a bit, by allowing us to take back some small measure of control during a crisis.

Let’s not forget that food workers like Merschbrock and his fellow Tyson employees — along with grocery store employees and truck drivers — served on the front lines during the early days of the pandemic.

They kept the rest of us eating at risk to themselves.

If anyone deserves to blow off some harmless steam, Insanity Wrap doesn’t have to tell you that it’s these people.

At the very worst, Merschbrock should maybe have gotten a quiet, private, “Not on company time” warning.

Out, early November: “Trump is a lying sociopath loser crazy man if he thinks a vaccine will be available before the year is over. Maybe spring break if lucky when Biden the Miraculous is in!”

In, December: “only 2 million vaccines so far is a disgrace. Impeach! Should be more!” https://t.co/iIF0mjdmcA

Insanity Wrap almost feels bad for having to correct Jennifer Bendery by reminding her that the number two is plural.

But like scolding a puppy for messing inside the house, this must be said: 2.1 might not be many millions, but it is millions.

It is with warmth in our heart that we hope Bendery doesn’t make this mistake again.

Insanity Wrap is feeling generous this morning, so all we ask is that no one please tell Joe Asterisk that he wasn’t wrong.

This is insanity, folks. pic.twitter.com/LOPvEk7WUT

This is why nobody trusts the numbers.

Steve launched VodkaPundit on a well-planned whim in 2002, and has been with PJ Media since its launch in 2005. He served as one of the hosts of PJTV, a pioneer in internet broadcasting. He also cohosts "Right Angle" with Bill Whittle and Scott Ott at BillWhittle.com. He lives with his wife and sons in the wooded hills of Monument, Colorado, where he enjoys the occasional adult beverage.
Read more by Stephen Green
Tags: ANTIFA NEW YORK PROTESTS INSANITY WRAP