Answer: Absolutely nothing we can report on in a family-friendly blog.

‘Suppression media!’: Trump slams CNN over boss Jeff Zucker’s hacked conference calls in which he tells staff not to ‘normalize Trump’s erratic behavior’ – as network reports Project Veritas to cops for ‘spying on them’

All lefties hate the police, right up until they want someone arrested for the crime of revealing them to be total crapweasels.

Policy-wise, it’s difficult to imagine anything better than what Donald Trump has given us these last four years — realistically, anyway.

Personnel-wise, the picture is less rosy.

There wasn’t nearly enough swamp-draining, something that should have been a top project from Day One. In particular, Trump’s taste in attorneys general has been nothing short of tragic.

Insanity Wrap understands that’s in large part because Trump faced the same handicap Ronald Reagan did, particularly in his first term: They were both outsiders largely disliked by the establishment of their own party.

Outsiders hoping to make waves rarely make friends with insiders whose main concern is to not rock the boat.

And so both Trump and Reagan had to choose more than a few establishment types to fill sensitive positions, taken from a limited selection including insiders hostile to their reformist agendas.

Even so, both presidents managed to make great changes in short order, and Insanity Wrap remains in awe of those accomplishments, especially given the crooked timber Trump and Reagan both were required to work with.

There’s Nothing More Pathetic Than an Aging Hipster

Insanity Wrap gets the exact same headache every time an incoming Democrat president begins putting his cabinet together.

It’s a frustration migraine caused by ambitious lefties who believe their job is to accomplish every single got-dam thing in the world except for what their actual job entails.

But there isn’t a whole lot of overblown authoritarian progressive fun to be had in that, and so we get crapola like the stuff Janet Yellen just spewed.

Insanity Wrap will be enjoying 600 milligrams of Ibuprofen as the side dish to our Bloody Mary breakfast.

Previously On Insanity Wrap: Communist China Lies Worse Than Our 10-Year-Old Does 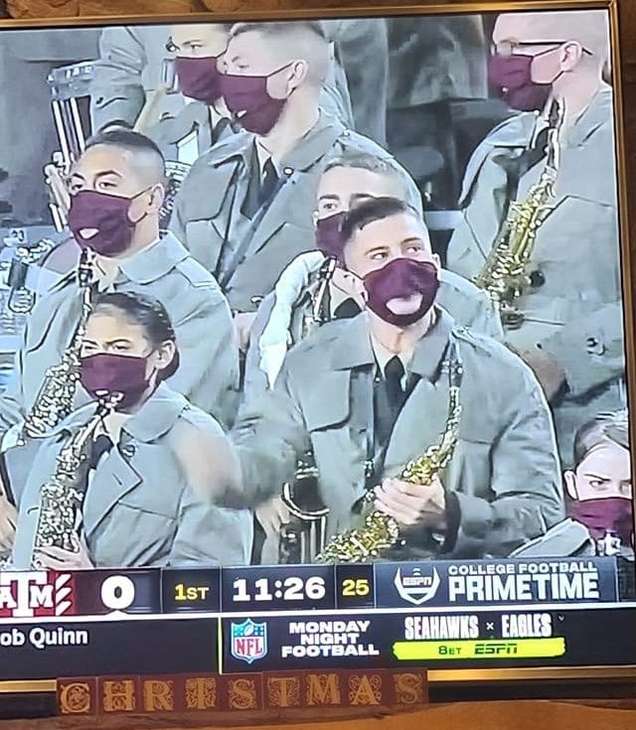 It’s a well-known, settled science, factual piece of data that COVID-19 germs can spread through solid cheek tissue, but are unable to pass through a wind instrument shield held just under or just inside the mouth.

On reflection, Insanity Wrap will make this morning’s Bloody a double.

And that’ll be 800mg of Ibuprofen, please.

There’s Nothing Hotter Than a Little Blue-on-Blue Action

He will never be a legitimate President.

He was not a legitimate nominee.

No one wanted him, not even Democrats.

He was selected as a perfect tool for the Oligarchy and they engaged in various forms of fraud to force him on voters. #NeverMyPresident … Bernie would've won https://t.co/Th7nYMSfVf

Some unhinged Trumper with insane theories about how the Illuminati or whoever used space rays to put Joe Biden in the White House?

Nope, just another disappointed Bernie Sanders supporter — and if you hit Twitter for any length of time, Insanity Wrap assures you you’ll find plenty more just like Sabrina here.

If alleged President-elect Joe Biden is sworn into the Oval Office next month, people like Sabrina will go extra-crazy once they see just how corporatist and establishment Biden’s team is — just like Barack Obama’s was.

The difference is, Obama had the racial and progressive cred to get a pass from his party’s far left.

The craziest person in the world today is the one who can’t see the problem with this headline.

In case that person is reading this, Insanity Wrap will explain.

California, Texas, and Florida are the three largest U.S. states by population, and in that order.

All have now reached one million (reported) COVID-19 infections.

Isn’t it weird that the three states with the most people have the most cases?

Insanity Wrap will tell you what is weird.

California has some of the strictest lockdown measures, Florida some of the loosest and shortest-lasting, and Texas is somewhere in between the two extremes.

Why, it’s almost as though lockdowns don’t work. 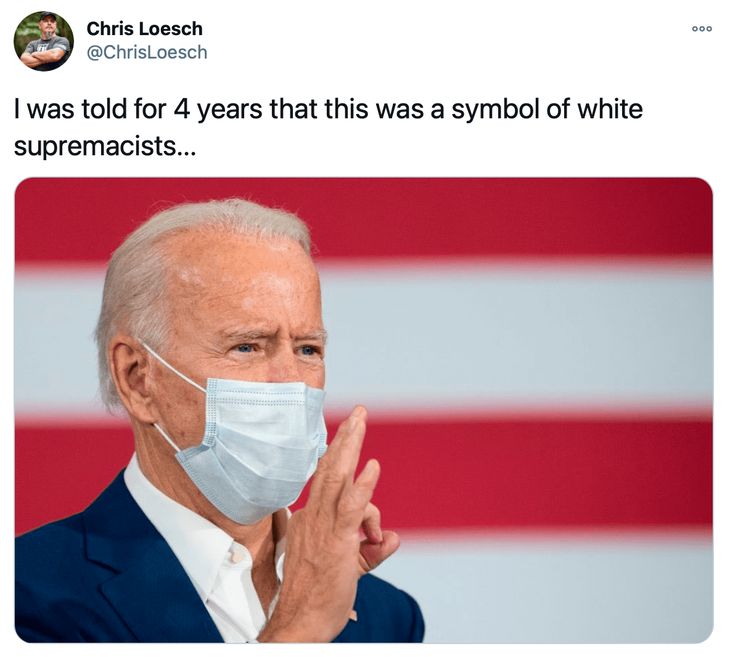 Every outcome of 2+2 depended on the Party’s needs at the moment.

It’s a white superiority signal when some people use it, but not others, all depending on what the Party requires at the moment.

Your job, gentle reader, is to smile and love Big Brother. 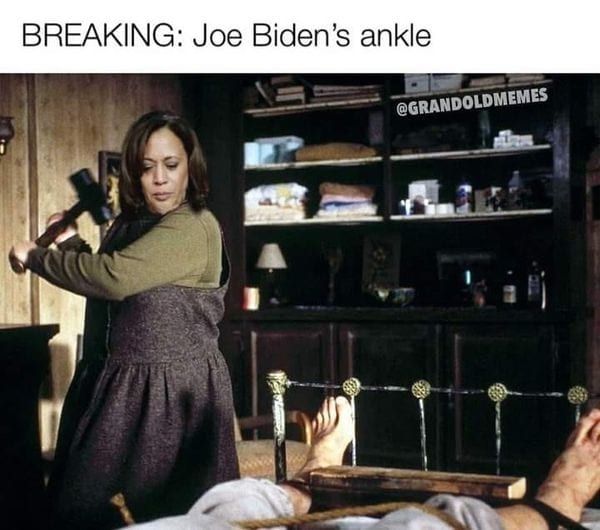 It’s been said that Joe Biden was Barack Obama’s insurance policy against assassination.

But Insanity Wrap wouldn’t be surprised to learn that there isn’t an underwriter in the world who would take on a policy insuring Biden against Kamala Harris.

Previously On Insanity Wrap: The Struggle Is Real — BLM vs. BLM Over Missing Billions