Insanity Wrap needs to know: How much evidence does it take to prove a stolen election?

Answer: However much it takes, one website has that much and more.

While the media goes Full Sergeant Schultz on voter fraud, Here Is the Evidence has crowd-sourced the job the media won’t do.

You can submit evidence, or sort through the evidence already collected — but whatever you do, Insanity Wrap assures you that you could stay busy there for a very, very long time.

Here Is the Evidence is a treasure trove of just how much craptaculence pollutes our elections — nearly all of it committed by or for the benefit of just one party.

The same party, Insanity Wrap doesn’t need to remind you, resisting any and all attempts at a cleanup.

Elections Canada does not use Dominion Voting Systems. We use paper ballots counted by hand in front of scrutineers and have never used voting machines or electronic tabulators to count votes in our 100-year history. #CdnPoli pic.twitter.com/dp7ZiB84ql

Canada also requires voter ID in order to be given a ballot.

We’re always told about how much nicer Canada is than we are, what with their national health care and lack of a Second Amendment. Yet somehow their free-and-fair election system never comes up.

A Plea for Unity

Yeah, sorry, that unity you ordered last week is back-ordered until at least the end of 2024.

Don’t Tread On Me

“Mandatory buyback” is newspeak for “confiscation with a cash sweetener.”

You can’t buy “back” what you never owned.

Now get off our lawn.

Previously On Insanity Wrap: ‘Unity’ Means One Neck, Prepared for the Leash

How About Some Good News? 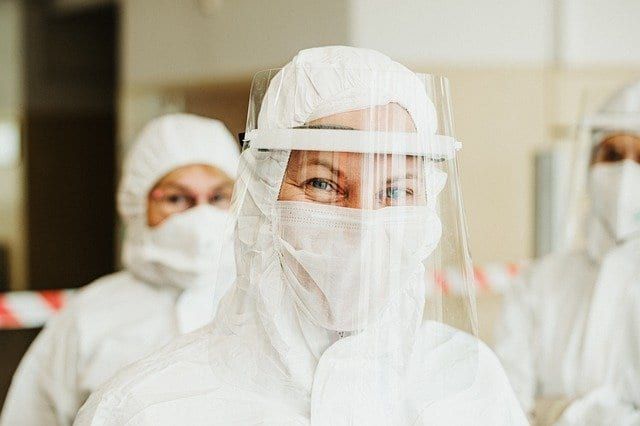 COVID-19 is getting less deadly

If you came here today for panic-mongering, Insanity Wrap is afraid you’re going to have to leave disappointed:

The Swedish COVID-19 statistics, as published by Worldometer, suggest that COVID is simultaneously becoming more communicable and less deadly. To see the latest, check out the Daily New Cases and the Daily Deaths on the Worldometer webpage for Sweden. Daily New Cases are rising, suggesting that the disease is getting more communicable. Meanwhile, Daily New Deaths are falling, suggesting that the disease is getting less deadly.

These results are not surprising to those who know about The Evolution of Virulence (PDF) in infectious diseases. Viruses, not having DNA, do not reproduce themselves as precisely as do higher organisms. As a result, there is much more genetic variation within their descendants, resulting in rapid evolution.

Insanity Wrap readers have been aware for months already that the death rate from the Wuhan Virus has been imploding at the same time that the infection rate has been exploding.

Partly, that’s because the Wuhan Virus is a very picky little bug that, while quite infectious, almost exclusively kills the elderly and those who are already practically (or literally) dying of something else.

Having already killed so many of the most vulnerable, Wuhan Virus is now stuck merely infecting those who aren’t.

Natural evolution plays a part, too, as imperfect replication causes the bug to become less deadly:

Almost all viruses found in wild populations are intermediate in severity. They are neither so strong that they debilitate the host nor so weak that the host can quickly overcome them.

We have excellent examples of intermediate-severity viruses in the human world — a bunch of different viruses known as the “common cold.” They are not so strong that they kill or debilitate, nor so weak that they can be overcome in less than a week.

Insanity Wrap shouldn’t have to tell you that nobody wants Ebola because nobody wants to die from hemorrhaging out of every orifice, including the eyes. But it’s also very difficult to catch Ebola because any virus that kills so quickly and efficiently burns itself out locally before it can become a true pandemic.

The bad news is that the Wuhan Virus is extremely virulent, and probably getting more so.

The good news is that it’s also becoming less deadly.

That’s the road the Wuhan Virus is on.

It’s here to stay, but the justification for the lockdowns has left the building.

The divide is too wide when people start seriously talking like this pic.twitter.com/9JgnJRLIj5

“They want you dead,” as our friend and colleague Kurt Schlichter never tires of telling people.

Until then, reeducation camps will just have to do.

Seriously, They Want You Dead

A Democratic Michigan State Representative-elect doxxed the chairwoman of the Wayne County Board of Canvassers on a public Zoom meeting on Tuesday, revealing where her children attend school and claiming that she was enabling racism by refusing to certify the Wayne County Election.

“You, Ms. Monica Palmer from Grosse Pointe Woods, which has a history of racism, are deciding to enable and continue to perpetuate the racist history of this country and I want you to think about what that means for your kids,” he said, name-dropping the name of their school and talking about the impact her decision would have on their black classmates.

Insanity Wrap is old enough to remember when bringing kids into it was verboten — and threatening a child would (rightfully) get one harangued out of public life.

But anything to drag Joe Biden’s proto-corpse over the finish line is justified if Insanity Wrap is still allowed to draw such conclusions.

SMALL WORLD: Just a photo of Rashida Tlaib hanging out with the same Democrat Elect State Representative who was filmed threatening another board member's family in Dettoit last night, Abraham Aiyash.#Michigan#WayneCounty pic.twitter.com/rCl187SadA

Insanity Wrap was beyond pleased to read more good sense from the good doctor:

Speaking during an interview with WABC on the CATS Roundtable with John Catsimatidis on Sunday, Paul stated, “I’m going to do everything I can to try to prevent Biden from locking us up and locking us down and forcing us to wear masks forever. We can’t go on like this forever.”

“Today, Biden’s talking more about a lockdown,” Paul added. “This is absolutely why he’s going to be a terrible president if we get him. He’s going to ruin the country. Lockdowns don’t work. And in fact, all of the evidence on mandatory masks show that they don’t work either.”

“There’s about 10 different countries or venues, maybe 20, that instituted mandatory masks, and every one of them to a T, the infection rate or the COVID rate went up after the mask mandate,” Paul continued. “Now, this is just showing that … all these mitigation strategies — washing our hands, staying six feet apart — they really don’t work, frankly. And the virus, as the Wall Street Journal put it, is insidious. It does what it’s going to do. The only thing that’s going to stop it is either enough immunity among individuals in the community or a vaccine.”

Senator Paul left out one detail: Lockdowns drag out the time needed to achieve herd immunity. 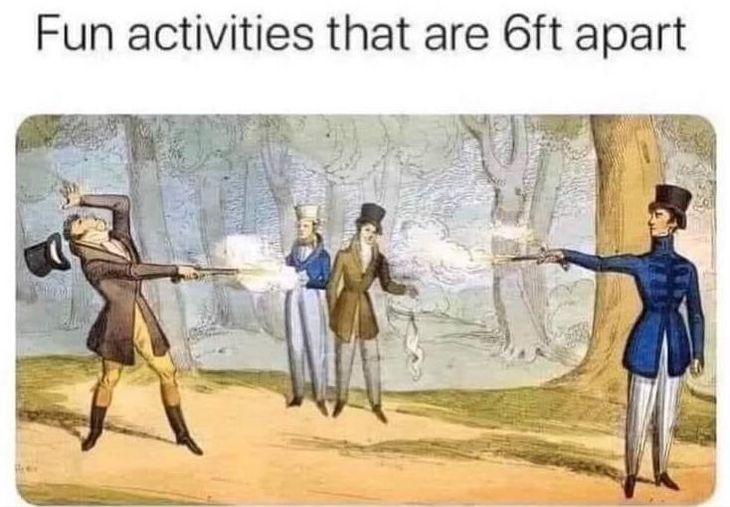 Maybe this one wasn’t actually all that funny, but given everything else going on, Insanity Wrap couldn’t help but laugh.

Previously On Insanity Wrap: Spike Lee to Make a Musical About Viagra, and We Give Up Making Fun of the World