Insanity Wrap #85: What If They Held a Biden Inaugural and Nobody But Trump Fans Came?

Insanity Wrap needs to know: What’s a perfectly radical Portland City Council member supposed to do after a busy day of defunding and demoralizing her local police?

Answer: Call them up to settle a petty dispute with her Lyft driver, of course.

Stacey Abrams lost Georgia by more votes than Trump lost Georgia, Arizona, and Wisconsin combined and she still hasn’t conceded. She is still a hero for Democrats and respected commentator for mainstream media.

This is both sad and funny, even though Insanity Wrap won’t concede any of those states one minute before President Trump does.

We could be here a while, and that’s just fine.

Police Protection for Me But Not for Thee

Is Portland City Commissioner Jo Ann Hardesty the worst person in the world?

Hardesty got upset over a mixup about where she was waiting for the car, then she didn’t want the windows open for ventilation because she was cold, then she wouldn’t get out when the driver cut the ride short and tried to drop her off at a gas station miles from home.

The Nov. 1 trip ended with dueling calls to 911 and a request from Hardesty for police to respond even though a dispatcher repeatedly told her that no crime had been committed.

Apartment buildings are boarding up right now in downtown Indianapolis over concerns of potential civil unrest after an announcement of no charges in the Dreasjon Reed case #Indianapolis #IndianapolisProtests #DreasjonReed pic.twitter.com/x0uKT513qi

Insanity Wrap dearly hopes not, but is certain we will indeed go there again.

The hard left’s Summer of Hate, unleashed by Democrats because they thought it would benefit them in last week’s election, is far from over even as winter approaches.

Democrats would probably love for this to all be over since it’s almost certain that the Summer of Hate costs them votes and seats.

But they created a golem, they brought life to a Frankenstein creature, they set loose a malevolent genie.

Insanity Wrap would offer to play the World’s Smallest Violin, but we can’t quite muster up even that tiny amount of caring.

Mess with the Bull…

Now there’s an entirely peaceful protest we wouldn’t mind seeing (too much).

If it turns out that we do lose the White House, you have to admit that keeping the Senate and flipping almost a dozen House seats isn’t a bad consolation prize.

But this… this would be the icing on a very tasty slice of cake:

President-elect Joe Biden’s team is confronting a logistical headache as it prepares for his formal inauguration on January 20, 2021: How can you hold a mass-attended event in the midst of a pandemic while also preventing it from becoming a Trumpist counter-protest?

At issue is a potentially combustible mix of complications owing to the likelihood that both COVID-19 and President Donald Trump’s hurt feelings will persist into the time when Biden is scheduled to be sworn into office.

This is from the Daily Beast’s Sam Stein and Scott Bixby, who have always struck Insanity Wrap as genuinely horrible people.

So it’s natural that they’d paint the mere prospect of an entirely peaceful protest as some sort of “Trumpist” temper tantrum.

Which is why we say: Screw those guys.

(We try hard not to be crass, but it doesn’t always work.)

But even Stein and Bixby are forced to admit, albeit slyly, that Biden has brought this all on himself:

Officials who have been involved in talks around inauguration planning said public safety would be top of mind. Over the campaign, Biden consistently downscaled events or went entirely virtual to ensure no risk of COVID spread on his behalf. The expectation is that that mindset won’t change for his inauguration.

The optics of a Biden inaugural would be truly horrific: A declining POTUS barking out a brief speech at a tiny number of supporters standing glumly inside their personal safety circles, while presumably thousands of Trump supporters peaceably assemble in the finest “Party on, Wayne/Party on, Garth” style.

Maybe Biden ought to just concede rather than risk it — because public safety first, last, and always!

Independent researcher analysis found Thousands of Ballots to have been impossibly dated, corroborating the @Project_Veritas account of Ballots being backdated.

"Over 51,000 ballots were marked as returned just a day after they were sent out"https://t.co/ZTHTyDPRXW

Read that again: “Over 51,000 ballots were marked as returned just a day after they were sent out.”

Um… actually, we are concerned about this, even if there are reports (since denied) that the postal worker who filed the affidavit recanted.

Insanity Wrap would remind you that the closer an election is, the more divided the electorate is, which makes election integrity more important than ever.

Anyone with even a smidgeon of concern for the political health of this country and the tattered condition of its social fabric would be pushing every reasonable measure towards improving the integrity of our elections.

Too many Democrats would rather rule over the ruins, however, than risk even temporary minority status in a healthy country with robust institutions.

Between a Rock and a Collective

Pelosi Is Asked Repeatedly if She Denounces Socialism, Her Answer Says It All

Nick Arama has the background, Insanity Wrap has the schadenfreude:

So one would think that given that concern expressed by her members and the American people that Pelosi might be very clear when asked about socialism, right? Especially since she’s seeking another term as Speaker of the House.

But not so much.

According to Fox, Pelosi has refused to denounce socialism after Fox has asked repeatedly in multiple phone calls to her office whether she opposes the ideology or whether would let socialists hold leadership positions in the House.

The Democrats have moved so far left in just one year that their own House Speaker can’t denounce the very ideology that caused them to lose House and Senate seats during an election where their “moderate” standard-bearer, Joe Biden, proved to have negative coattails.

What’s an ambitious 80-year-old to do?

Dodge, weave, hedge, and try not to annoy the radical backbenchers enough that one of them seizes the gavel and then beats her to death with it.

Because that’s what socialists will do to gain power, and exactly why Americans reject socialism by every peaceful means available to us.

Should that change, Insanity Wrap believes the socialists won’t enjoy the resulting backlash. 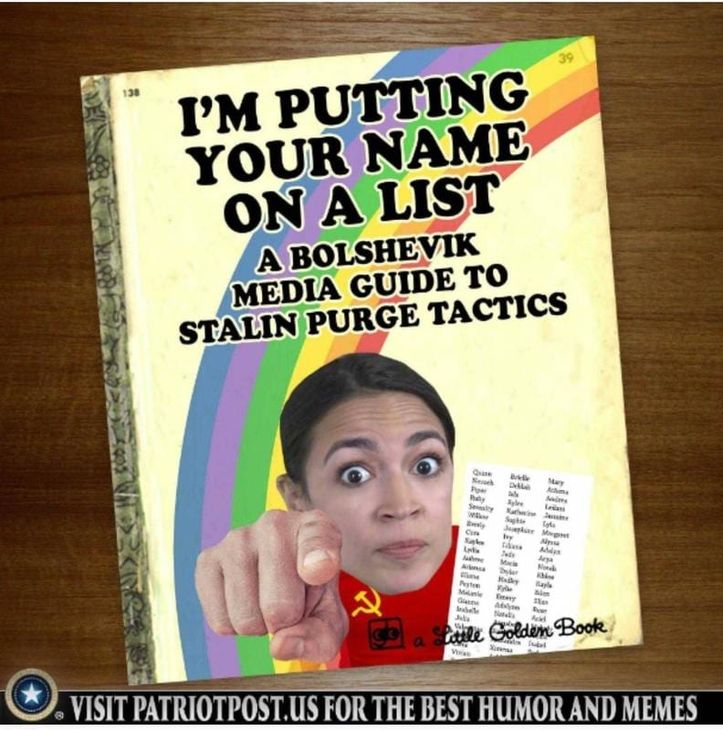 Previously On Insanity Wrap: Suppose They Stole an Election and Nobody Noticed